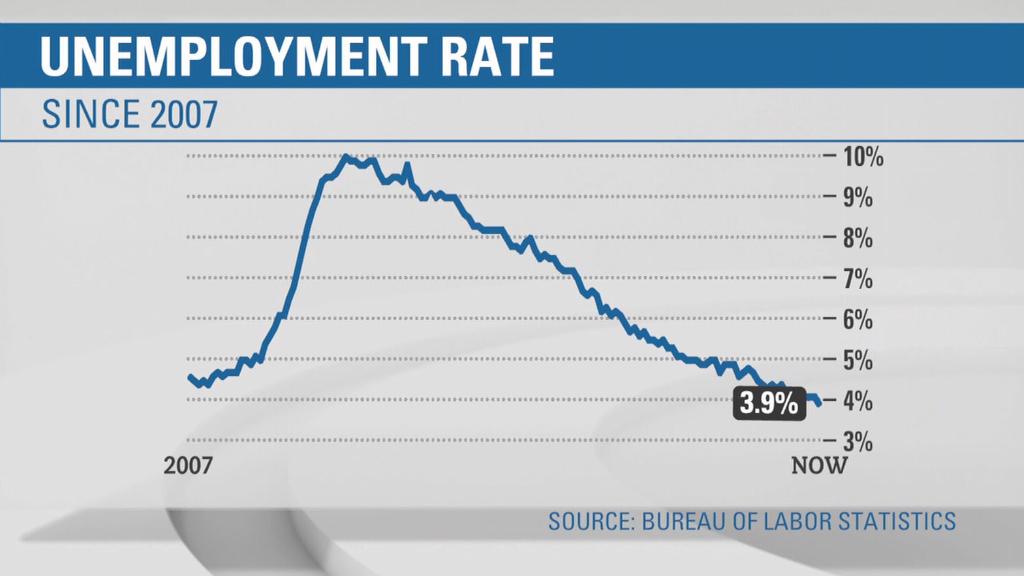 Unemployment dips to lowest rate since 2000

The economy may be chugging along, but many Americans are still struggling to afford a basic middle class life.

Nearly 51 million households don’t earn enough to afford a monthly budget that includes housing, food, child care, health care, transportation and a cell phone, according to a study released Thursday by the United Way ALICE Project. That’s 43% of households in the United States.

Related: Unemployment is below 4% for the first time since 2000

The figure includes the 16.1 million households living in poverty, as well as the 34.7 million families that the United Way has dubbed ALICE — Asset Limited, Income Constrained, Employed. This group makes less than what’s needed “to survive in the modern economy.”

Related: How Joe Biden would fix income inequality in America

California, New Mexico and Hawaii have the largest share of struggling families, at 49% each. North Dakota has the lowest at 32%.

Many of these folks are the nation’s child care workers, home health aides, office assistants and store clerks, who work low-paying jobs and have little savings, the study noted. Some 66% of jobs in the US pay less than $ 20 an hour.

The study also drilled down to the county level.

For instance, in Seattle’s King County, the annual household survival budget for a family of four (including one infant and one preschooler) in 2016 was nearly $ 85,000. This would require an hourly wage of $ 42.46. But in Washington State, only 14% of jobs pay more than $ 40 an hour.

Related: Seattle passes a smaller version of the ‘Amazon tax’