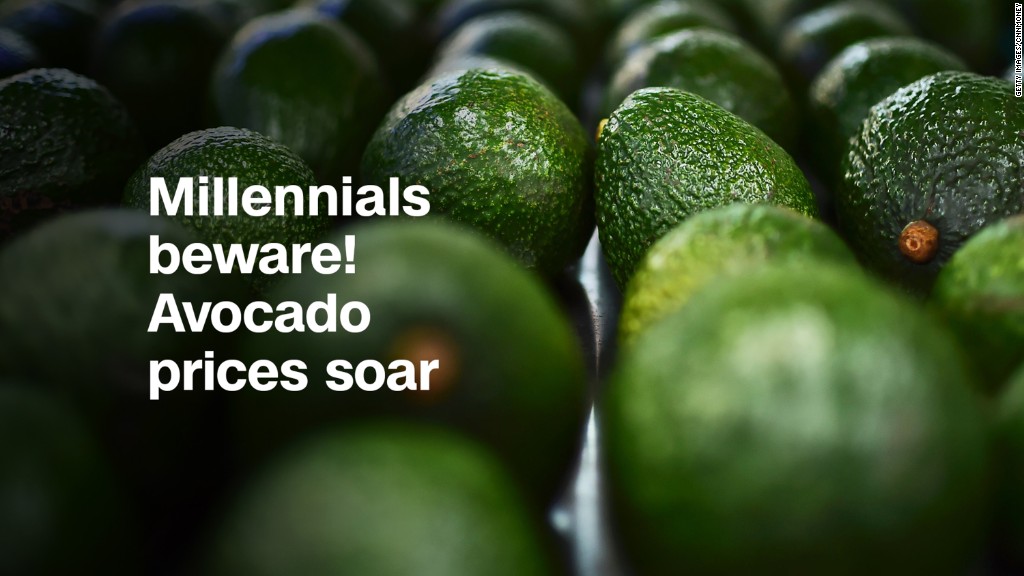 You may think twice about buying that guacamole after reading this — but probably not.

The wholesale price of avocados is up 125% since the beginning of the year, according to the American Restaurant Association, which analyzes U.S. Agriculture Department data.

It’s the highest price ARA has on record with numbers going back to 1999.

“My bet is that it’s the highest ever,” says David Maloni, ARA’s president.

American shoppers are paying at the checkout counter too: The average sales price for an avocado was up 31% over the first half of this year, up to $ 1.17 per avocado. It was only 89 cents at the beginning of the year, according to the Hass Avocado Board, an agriculture promotion group based in the United States.

Two key drivers are behind the summer price surge: A weak harvest this year and insatiable demand for avocados.

This year’s California avocado harvest is projected to be down 44% compared with last year, according to the California Avocado Commission, an advocacy group for the state’s industry.

Related: It’s not avocado toast: It’s harder to save in your 20s

Inclement weather last year, coupled with the nature of how avocado’s grow, are the main causes behind the weak harvest. Avocados are known as “alternate bearing crops” meaning one year there’s a large quantity of small avocados and the next year there’s a small quantity of large avocados, according to the commission.

Whether it’s a good or bad season, Americans can’t get enough. From guacamole to avocado toast, the fruit — yes it’s a fruit — has become a staple item at big chains like Chipotle(CMG) and local hipster restaurants.

The average American eats 7 pounds of guacamole a year, up from 1.1 pounds in 1989, according to Agriculture Marketing Resource Center, a research group that receives grants from the USDA.

Avocados have also become a symbol of free trade this year as the United States, Canada and Mexico are renegotiating NAFTA, a trade deal. There are concerns that if all sides can’t agree on a new deal, President Trump will withdraw and that could potentially mean tariffs on many Mexican products, including avocados.

For now though, they’re still flowing over the border.

How Paul Ryan and Donald Trump differ on tax reform