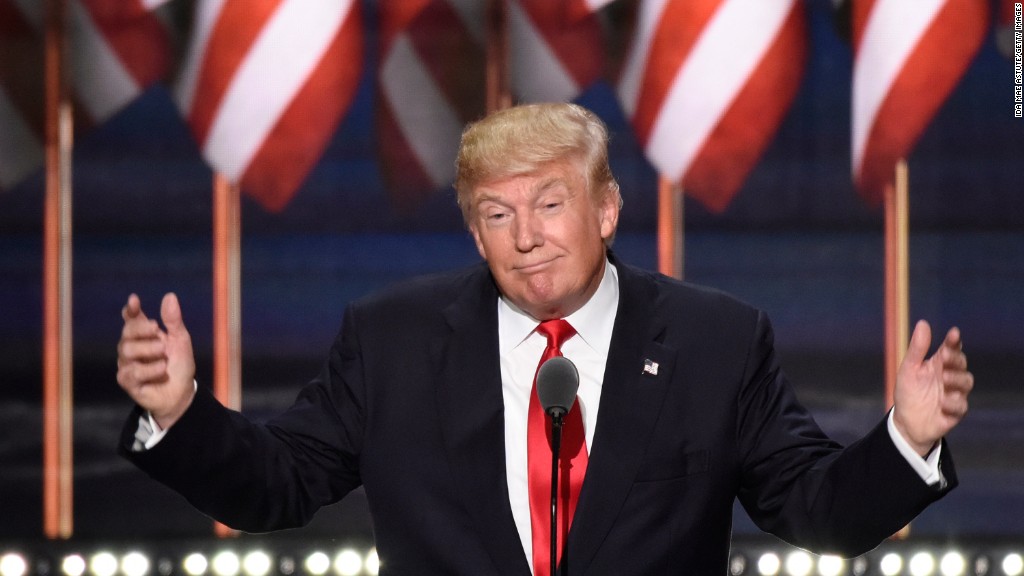 Donald Trump is being accused of having business ties to Russia. In reality, he’d love to have them — but he hasn’t scored there yet.

Trump was forced to disavow any Russian links this week after suspicions were raised that Russia was behind the hack of the Democratic National Committee’s emails.

The head of Hillary Clinton’s presidential campaign suggested the hack and subsequent leak of the emails was carried out by Russia to help Trump’s campaign — without backing that up with any evidence. President Obama fueled the rumor, saying: “Anything’s possible.”

Two private investigations have determined the hack is somehow linked to Russia, but no definitive proof has been presented. The FBI is examing the hack, but hasn’t publicly pointed the finger at Russia.

While Trump and Russian strongman Vladimir Putin have traded compliments, that bromance has not blossomed into a Trump Tower in Moscow.

Here’s what we know about Trump’s business deals involving Russians:

These are a sign of how eager Trump has been to expand into Russia. In 1996, he filed to register “Trump Tower.” In the last decade, he’s also laid legal claim to “Trump,” “Trump International Hotel and Tower,” “Trump Home” and “the Trump crest design.” CNNMoney obtained the records from the Russian intellectual property law firm Sojuzpatent, which he hired to file the trademarks in that country.

None of the real estate projects have come to life.

Back when he still owned the pageant’s parent company, Trump struck a $ 20 million deal to host the 2013 Miss Universe pageant in Moscow.

He invited Putin to the pageant, asking: “Do you think Putin will be going to The Miss Universe Pageant in November in Moscow – if so, will he become my new best friend?”

Do you think Putin will be going to The Miss Universe Pageant in November in Moscow – if so, will he become my new best friend?

In 2008, a Russian billionaire paid Trump $ 95 million for a Florida mansion. Trump made $ 54 million on the deal.

Trump tried several times to build a signature Trump Tower in Moscow. It never worked out.

In 1997, Trump agreed to have a Russian artist named Zurab Tsereteli build a massive, $ 40 million bronze Christopher Columbus — larger than the Statue of Liberty. According to The New Yorker, the idea was to plop it down on Trump’s development project in Manhattan’s West Side. It ended up in Puerto Rico instead.

This was a typical Trump deal. He put no money down, got to slap his name on a brand and claimed royalties. Drinks Americas Holdings (DKAM) actually made the stuff.

The company’s former CEO told CNNMoney they didn’t manage to make much headway into the Russian market. All they got was a single deal to sell 8,000 cases of vodka, a fraction of the 100,000 cases they sold worldwide.

The real value was the photo-op.

“If you can sell vodka made in the Netherlands to Russians in gold bottles with ‘Trump’ on them, and wealthy Russians think this is good vodka, this is a marketing coup,” said Patrick Kenny, former CEO of Drinks Americas Holdings.

A deal with a shady Russian immigrant

Then there’s a Russian ex-con named Felix Sater. He was an executive at the Bayrock Group, which licensed the Trump name to build the Trump SoHo New York and Trump Tower Fort Lauderdale.

Sater pled guilty to racketeering in 2009.

In a 2013 deposition for a lawsuit, Trump distanced himself from Sater.

“If he were sitting in the room right now, I really wouldn’t know what he looked like,” Trump said.

What’s clear is his friendly view of Putin.

He praised Putin’s 2013 op-ed in The New York Times warning the United States to not get involved in the Syrian conflict, which Trump called “a masterpiece for Russia and a disaster for the U.S.”

He suggested this week he might accept Putin’s annexation of Crimea from the Ukraine. And on Thursday’s episode of Fox and Friends he said that Putin is a “better leader” than Obama, “because Obama is not a leader so he’s certainly doing a better job than Obama is, and that’s all.”

His latest jaw-dropping call to Putin came on Wednesday, when Trump publicly prodded the Russian government to hack Clinton to track down the government emails she deleted.

“Russia, if you’re listening, I hope you find the 33,000 emails that are missing,” he said at a press conference in Doral, Florida. Trump later said he was being sarcastic.

September 28, 2016 Admin Comments Off on India: growing fast and much more competitive