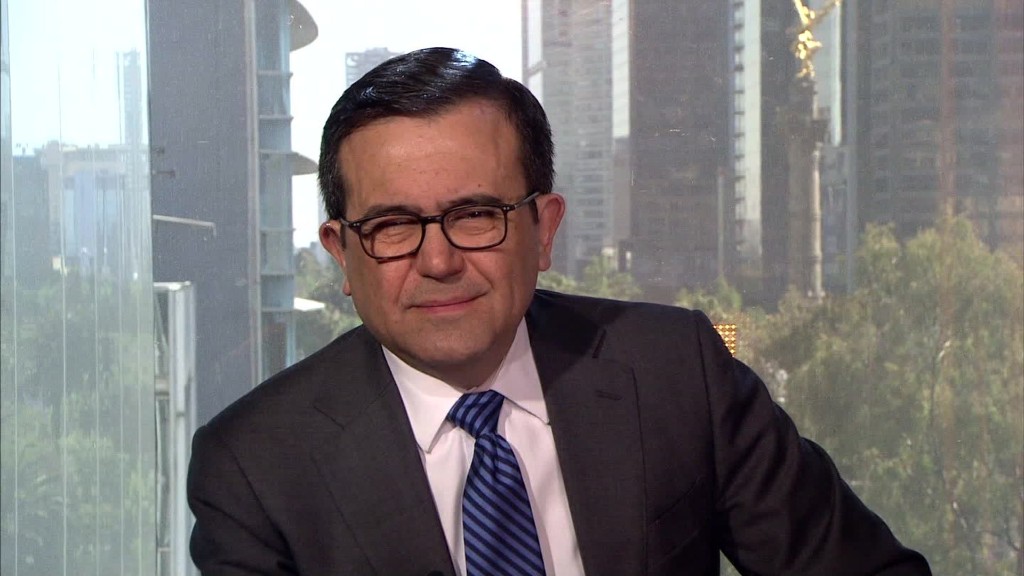 Mexico: We will retaliate against tariffs

Mexicans in the U.S. are sending more money home and at a faster pace in part due to fears that President Trump may soon put restrictions the money transfers.

Remittances — cash transfers from the U.S. to Mexico — rose 6.3% in January compared to a year ago. Mexicans in the U.S. sent home $ 2 billion in January, according to stats released Wednesday by Mexico’s central bank.

January’s figures reflect a rising trend. For all of 2016, remittances shot up 8.8% on the year. In 2015, remittances only increased 4.8% from the previous year.

Economists say there are two main reasons for the surge in dollars flying south of the border.

First, Trump has threatened to tax or stop the flow of remittances to Mexico in order to pay for his proposed border wall. Mexicans may be trying to ship home money before Trump possibly clamps down on the transfers.

“It’s strategic anticipation of potential restrictions,” says Alberto Ramos, head of Latin America research at Goldman Sachs. The thinking is: “‘Let me send it now before they tax it.'”

Related: Border adjustment tax: What you need to know

Second, the value of Mexico’s currency, the peso, is near an all-time low. Mexicans in the U.S. earning dollars can take advantage of the exchange rate, and relatives at home will get more pesos if the currency continues to weaken.

Remittances are not chump change. Last year Mexicans sent home $ 27 billion, a record high. Mexico earned more money in remittances than it did in oil exports ($ 18.7 billion). They are a vital source of income for millions of low-income, Mexican families.

Trump’s threats against remittances occurred during his campaign. Since taking office, he has not addressed the issue.

June 27, 2018 Admin Comments Off on How a trade war could turn into a recession