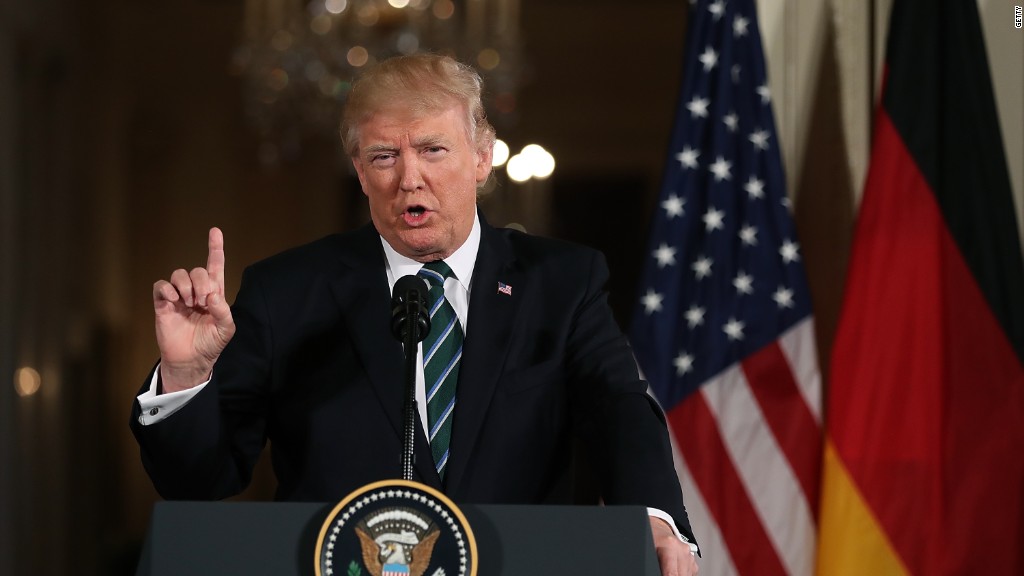 President Donald Trump says he pulled out of the Paris global climate deal because it was a raw deal for American business. He called it a jobs killer that will decimate industry and cost 2.7 million jobs by 2025.

But that’s not what American businesses believe.

Dozens of CEOs had been lobbying the president to stay in the deal, and they’re not just the Silicon Valley types — they’re from utilities and industrial giants like General Electric(GE). Even oil companies like Exxon Mobil(XOM) wanted the United States to stay in the deal.

Exxon Mobil(XOM) CEO Darren Woods on Wednesday reiterated his support for the Paris agreement, which calls for nations around the globe to cut carbon emissions.

The reason: All of these companies want to sell the new technology and energy sources, such as natural gas, that are needed to cut carbon emissions.And they want the United States government to participate in the global negotiations about how that will be achieved.

“U.S. companies are well positioned to lead in these markets,” said a letter recently sent to Trump by CEOs of 25 major companies, including electric utilities such as PG&E(PCG) and National Grid(NGG). “Withdrawing from the agreement will limit our access to them and could expose us to retaliatory measures.”

The deal’s supporters say there is little upside for businesses if the U.S. withdraws, and a lot of risks.

“The world is going to decarbonize. And there’s a lot of money to be made there,” said Ray Kopp a vice president with Resources for the Future, a Washington Think Tank concentrating on energy issues. “There are decisions to be made that will change asset values and move trillions of dollars around the globe. The only voice these businesses will have is their government. If their government has no voice, they have no voice.”

Critics say the Paris deal would drive up the cost of energy and transportation, which in turn will raise costs for both businesses and consumers and hurt the economy.

In explaining his decision, Trump painted a dystopian picture of the United States in which blackouts and brownouts were common and factories were shut down because they didn’t have enough power to operate. He said he was putting American workers first by pulling out of the deal, which he said would “subject our citizens to harsh economic restrictions.”

“I was elected to represent the people of Pittsburgh, not Paris,” he said.

Related: There is no boom in coal jobs

But the CEO letter to Trump specifically calls out the job opportunities that come with the deal.

“By expanding markets for innovative clean technologies, the agreement generates jobs and economic growth,” it says.

Former EPA administrator Gina McCarthy agrees. “If you’re interested in jobs and economy, you ought to look at clean energy. That is where the job growth is,” she said on CNN Wednesday. “Listen to the hundreds of CEOs … who are telling the president instead of abandoning the issue of climate change, he ought to double down. We’re going to be ceding our ability to actually accrue the benefits of technology development by allowing other countries to provide that leadership.”