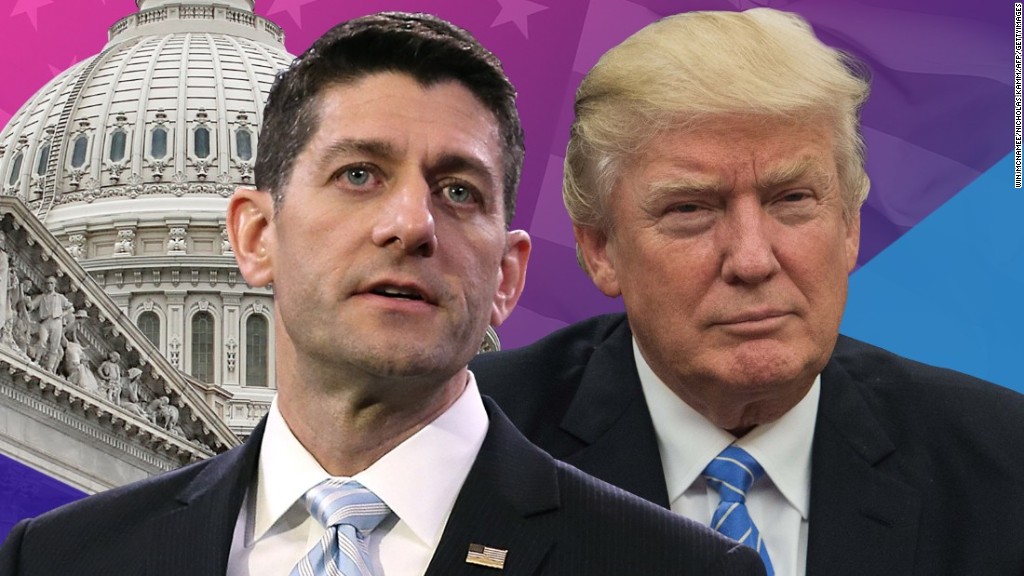 Ryan: This is a disappointing day for us

President Trump, the dealmaker-in-chief, was unable to bring together a factionalized Republican Party to make good on their marquee promise of the past 7 years: To repeal and replace Obamacare.

But now Trump and House Speaker Paul Ryan hope to move on to greener pastures.

As stunning a defeat as this is for Trump, Ryan and the Republican Party, Ryan asserted that it wouldn’t ruin their chance to do tax reform.

“Yes, it does make [tax reform]more difficult but not in any way impossible,” Ryan said in a briefing with reporters Friday.

What’s more, he noted, “every man and woman in this conference is motivated more than ever to step up our game.”

But not everyone is quite so sure that Republican tax reform efforts won’t suffer as a result of their failure on Obamacare.

“The defeat of health care reconciliation threatens to derail the entire Trump economic plan. Period. The balkanization of the GOP will continue. And Trump becomes an anchor around some GOP incumbents’ necks,” said longtime Senate Budget senior staffer Steve Bell, now an economic policy advisor at the Bipartisan Policy Center.

In any case, when the GOP takes up tax reform in earnest, they may have to do so with more sobered expectations as to what they can accomplish, said Dean Zerbe, former senior counsel to the Senate Finance Committee chairman and currently national managing director at alliantgroup.

“It will all be more modest,” Zerbe said — noting for instance, Republicans may lower tax rates but they won’t be able to make them as low as promised.

While the word “reform” might be used it may not be a full overhaul of the tax system, either,although Treasury Secretary Steven Mnuchin on Friday morning asserted that that’s very much still the goal and the hope is still to get it done in 2017.

But both lawmakers and Wall Street have been overly optimistic about what can be accomplished this year on the tax front.

They’re underestimating how long it will take to get real buy-in from key players on something as complex as a tax code overhaul.

And they’ve disregarded the difficulty of getting agreement on a key question: Should the cost of the tax cuts in a reform package be paid for with tax increases elsewhere, and if so, where?

“The more you have to make up with revenue, the more enemies you’ll make,” Gray said.

At this point, Zerbe can see Republicans opting for a package of tax cuts and other changes that add a trillion dollars or two to deficits in the first decade.

Of course, Republicans will also rely on so-called dynamic scoring to help make any package of tax cuts look less costly. Dynamic scoring assumes tax cuts will generate some economic growth. That growth in turn will generate revenue and that can partly offset the loss of revenue from a tax cut.

November 29, 2017 Admin Comments Off on Republicans say CFPB is crippling the economy. Really?

June 20, 2017 Admin Comments Off on Solar energy is killing coal, despite Trump's promises