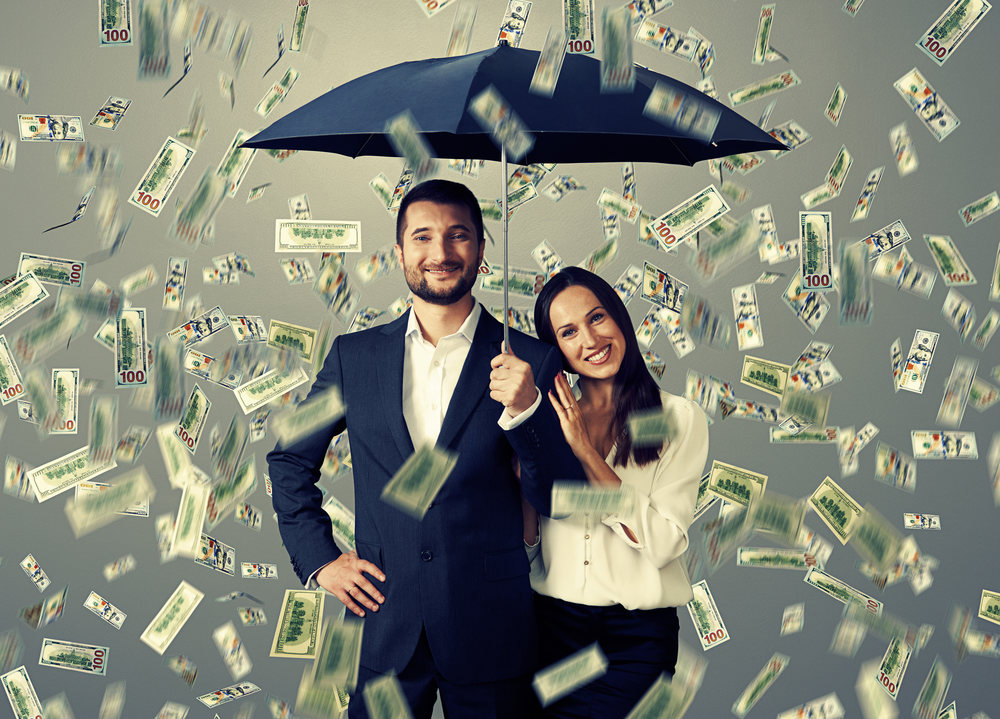 When it comes to the qualities it takes to become “financially sexy,” several personal finance bloggers have already weighed in.

One example is a blog post written by Shannon of Financially Blonde. According to Shannon, a good credit score and a savings rate of at least 15 percent are the biggest indicators of a financially sexy person.

J. Money from Budgets are Sexy wrote a post on the topic as well, citing good credit, a solid savings rate above 15 percent, an emergency fund, and very little debt as the top qualities of a super sexy, fiscally responsible person.

In my eyes, financially sexier individuals are the ones who shoot for the stars when it comes to their finances. Not only do they take care of their credit and financial well-being, but they aim to retire early, fund exciting financial goals like paying for college or building a business, and even become filthy rich.

Financially sexier people don’t just have a solid job in an in-demand industry; they actually own the company. And instead of saving just 15 percent of their income, they might save 30 percent, 40 percent, or even 50 percent, and live on the rest.

Since financially sexier people come in all shapes and sizes, I reached out to several money bloggers and financial planners to get their take on the best ways to boost your appearance when it comes to looks and money.

Want to become financially sexier? Here are some ways to make it happen:

“Sexy is purchasing life insurance to make sure your loved ones are taken care of in case you pass away,” says Joseph Carbone of Focus Planning Group. “Sexier, however, is purchasing 10 to 15 times your salary to protect them.”

According to a recent survey from Bankrate, 42 percent of families don’t have life insurance at all. Plus, nearly half of respondents who did carry life insurance reported having $ 100,000 or less in coverage. For most people, that is not nearly enough.

By buying enough life insurance to take care of your family in the event of your death, you’re covering your bases and helping your family sleep better at night. Can you think of anything sexier than that?

“Sexy is paying off all your high-interest credit card debt and making sure your bills are paid in full every month,” says Andrew McFadden, CFP and Founder of Panoramic Financial Advice. After all, it’s never sexy to carry a balance on your credit card, and it’s not sexy at all to pay interest on your purchases.

“Even sexier, though, is paying your balance every month and maximizing the rewards of the credit card to furnish one of life’s pleasures,” says McFadden.

Using credit wisely and responsibly is a must if you hope to be financially sexy. And obviously, a debt-free lifestyle is crucial, too. However, earning awesome rewards can take you to the next level. After all, is there anything sexier than earning free stuff?

#3 Have a Plan for Your Estate

The sexiest among us financially would never leave their loved ones in the lurch in the event of their death. Still, you can become even sexier by creating a comprehensive plan for your estate.

“Sexy is having a will in place in case anything happens to you,” says Portland financial planner Grant Bledsoe. “Sexier is combining your will with beneficiary designations, advanced medical directives, trust documents, and powers of attorney to create an estate plan.”

No matter what, there is nothing more attractive than having a plan in place to protect your family – and your assets – for future generations.

#4 Take Control of Your Income

“Sexy is asking for a raise at your job to increase your income,” says financial planner Aaron Hatch of Woven Capital. “Sexier is creating additional streams of income by participating in the sharing economy or starting a side hustle.”

Almost nothing is sexier than an entrepreneur who is able to set their own hours, work at their own pace, and earn unlimited income. And if you have a full-time job already, don’t let that hold you back. After all, side hustles are sexy, too. The more money you can earn through hard work, the sexier you become.

#5 Know Your Bills and Expenses, and Track Them Carefully

This piece of criteria to become financially sexier comes from Lance at Money Manifesto:

“Sexy is paying all of your bills on time and in full every month. Even sexier, however, is having a spreadsheet that lists all of your bills and due dates so you never miss a payment even if your significant other needs to pay the bills for a month.”

Lots of people manage to stay on top of their bills somehow, but the sexiest among us are much more organized than most. Not only do they pay their bills in full and on time, but they keep track of them, track them, and make sure their spouse or partner is in the loop.

Having an annual family meeting to discuss your finances is an extremely smart move. But, do you know what’s sexier? Here’s what Jim Wang of Wallet Hacks has to say:

“Sexier is having that meeting on a monthly basis so you’re never more than four weeks away from being able to talk and think about big picture financial issues.”

If an annual meeting can help your finances, a monthly meeting should produce even better results. Of course, the financially sexiest among us are already having monthly meetings and using them to reach all of their short-term and long-term goals.

#7 Actually Pay Off Your House

“Sexy is having a 20% down payment when you buy your new house to avoid PMI, says John Schmoll, the blogger behind Frugal Rules. “Sexier is putting down more, and paying more aggressively so you can be mortgage debt free in less than half the term of the mortgage.”

A fifteen-year mortgage is definitely sexier than a thirty-year loan since you’ll own you home outright in half the time. To take things a step further, paying down your mortgage faster is even better if you’re already investing heavily and meeting other financial goals.

Can you think of anything sexier than owning our home outright before the age of 40? I can’t.

#8 Use a Budget No Matter How Rich You Become

Michelle Schroeder-Gardner of Making Sense of Cents says it’s sexy to create a budget and live by it. What’s even sexier, though?

“Even sexier is, no matter how much money you make, still living by that budget,” she says.

It’s normal to improve your lifestyle as you earn more money, but keeping lifestyle inflation in check is a smart way to grow your wealth. It’s not only okay to stick to your budget when you’re already rich; it’s also sexy.

#9 Take Control of Your Life

“Sexy is getting on a monthly budget and controlling your money,” says money blogger Greg Johnson of Club Thrifty.

What’s even sexier though, says Greg, is getting out of debt and using the extra money to seize control of your life!

“Being in debt consumes big chunks of your paycheck each month,” says Johnson. “Living without debt is like giving yourself a raise, creating more options for living life on your own terms.”

Ask anyone you know, and they’ll say there is nothing sexier than someone in control of their own destiny. Want to be financially sexier? Take control of your life, and don’t let anyone stand in the way of your dreams.

While giving to charity is undoubtedly sexy, San Diego Financial Planner Taylor Schulte offers a suggestion on how to take that sexiness up a notch.

“Sexy is being charitably inclined and giving back to the organizations you love and support,” says Schulte. “Sexier, however, is using a donor-advised fund to maximize the tax benefits of your annual donations and develop a more strategic giving strategy.”

Giving to charities you believe in is the right thing to do and a goal all of us should strive for, but there is something inherently sexy about someone who knows how to maximize their donations as much as possible. So, don’t just give blindly; create a plan that helps you maximize the tax advantages of charitable giving as well. It’s not just smart; it’s sexy, too.

They say that beauty is in the eye of the beholder, but almost everyone will agree that, the better you are with money, the sexier you become.

If you want to take your financial sexiness to the next level, look for ways to make more money, make smarter decisions with the money you have, or leave your family better off. Not only will doing so make you more attractive in the eyes of everyone you meet, but it will leave you richer in the long run.

What do you think makes someone financially sexier? What would you add to this list?

How do I create a long-term financial plan?

December 22, 2017 Admin Comments Off on How do I create a long-term financial plan?

How to become financially independent in 5 years

June 7, 2017 Admin Comments Off on How to become financially independent in 5 years

Workplace touching: When it's OK, and when it's harassment

October 31, 2017 Admin Comments Off on Workplace touching: When it's OK, and when it's harassment