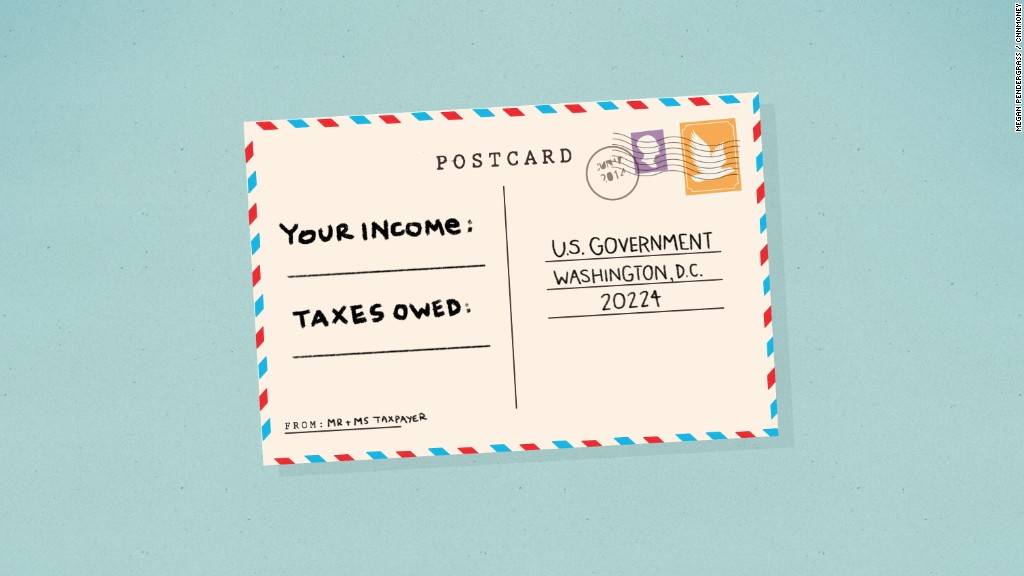 It’s the IRS’s job to collect taxes for the federal government, so it’s not surprising that most people are less than fond of the agency.

The IRS, in turn, does its best to keep certain facts under wraps — either because it would make it easier for the agency if people don’t know these details, or because taxpayers can use this information to get some of their money back .

1. You probably won’t be audited

In recent years, the IRS’s budget has been repeatedly slashed. As a result, it’s been forced to reduce its personnel, including auditors. The inevitable result is a steep decline in audit rates: Fewer than 1% of taxpayers are audited these days, and as the budget cuts continue, this rate will likely drop further.

However, this doesn’t give you carte blanche to throw whatever numbers you like into your tax return. Setting aside the ethical issues of cheating on your taxes, there’s no guarantee that the IRS’ budget or priorities won’t change in the near future (before the statute of limitations runs out on your current tax return). So while it’s natural to be happy that you are extremely unlikely to be audited, don’t push your luck. Claiming legitimate deductions that you might otherwise be too nervous to take is one thing; committing tax fraud is entirely different.

2. The IRS may owe you interest

The IRS spells it out loud and clear that taxpayers owe the agency interest and penalties for late payments, but it’s significantly quieter about the fact that if the IRS is late giving you your tax refund, it will owe interest to you. If the IRS doesn’t issue you your refund within 45 days of the returns due date or the date it accepted your tax return (whichever comes later), it owes you interest for every day that the refund is late.

Note that the timing rule means that you can’t cheat by turning your return in late, then claiming that the IRS owes you interest because it’s been more than 45 days since the return due date.

The IRS’s interest rates change quarterly; for first quarter 2017, the rate is 4%.

Once you hit age 70½, the IRS requires you to withdraw a certain minimum amount from your tax-deferred retirement accounts every year. It doesn’t want you to be able to hang on to that money forever; after a certain point, it wants to be able to start collecting taxes on the money in these accounts. Thus, you’ll be forced to take distributions (and pay taxes on them) whether or not you actually need the income. And because the distributions are taxed as income, this can cause all kinds of other tax complications such as raising your tax bracket (and your capital gains rate as a result), and making your Social Security benefits partially taxable.

You can’t get out of taking the required minimum distribution from your tax-deferred accounts unless you’re willing to pay a grotesquely high 50% penalty, but you can avoid paying income taxes on that money by donating it to charity instead of keeping it yourself. This would count as an RMD, but it would help decrease your tax liability.

In order for this to work, the distribution has to go straight from the retirement account to the charity — you can’t pull out the money and then write a check to the charity of your choice. Consult with your retirement account’s trustee or your financial adviser to learn the nitty-gritty details of how to manage this transaction so as to meet IRS requirements.

4. Removing the penalty on early withdrawals from retirement accounts

Take money out of your tax-deferred IRA or 401(k) before age 59½, and the IRS will slap a 10% penalty tax on the distribution (in addition to taxing the distribution as income). However, there’s an exception that’s available to all: the substantially equal periodic payment rule.

What this rule says, in brief, is that if you commit to taking exactly the same amount from your retirement account every year — an amount figured by one of three calculation methods offered by the IRS — you won’t have to pay penalties on the distributions. The three calculation methods are based on how much money you have in your retirement accounts, and on life expectancy tables provided by the IRS.

Note that this is not an exception you should take advantage of unless you really, really need to. There are significant drawbacks: You have to keep taking the distributions for at least five years or until you reach age 59½, and taking money out of your retirement accounts before you retire can cause you serious financial hardship later on. However, if you do end up needing the money before 59½, at least you have a way to avoid the 10% penalty.

20,000 people are saving for retirement with Obama's myRA

December 17, 2016 Admin Comments Off on 20,000 people are saving for retirement with Obama's myRA

Dads get more of a (paid) break at work

What it takes to work at a haunted house

October 26, 2016 Admin Comments Off on What it takes to work at a haunted house