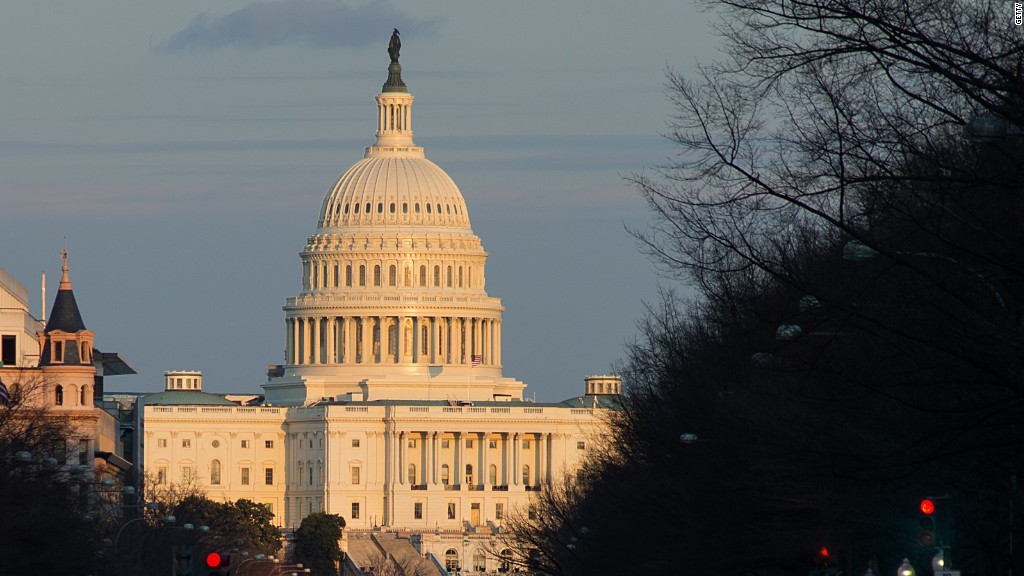 Congress is set to approve $ 61 million to reimburse local police departments for protecting President Donald Trump and the first family when they travel outside of Washington.

The vast majority of those funds will be sent to New York City, where first lady Melania Trump and their 10-year old son Barron still live full time.

The additional funds are part of a bipartisan spending deal reached Sunday to fund the federal government through the end of September. The spending deal is expected to pass Congress after votes later this week.

Once the bill is passed, individual police departments will have to apply to be reimbursed for what they spent to protect Trump.

New York City says it spent $ 24 million during the period between the election to the inauguration, when Trump spent much of his time in Trump Tower in New York. The city also expects to apply for much of the additional $ 41 million allotted for the period since the inauguration, according to city spokeswoman Freddi Goldstein, because the Melania and Barron have remained at their Trump Tower home while he finishes the school year.

New York City had initially asked for $ 35 million to cover protection costs between Election Day and the Jan. 20 inauguration,but then lowered its estimated costs. New York Mayor Bill de Blasio expressed satisfaction with the money set aside to protect the First Family.

“We are getting what we are owed,” he said. “That’s good news for our city and the hardworking police officers faced with this unprecedented security challenge.”

Related: Trump’s in town – What Palm Beach hopes to gain

The Palm Beach County sheriff’s department did not have an immediate estimate for how much it has spent on protection when Trump has spent time at his Mar-a-Lago resort there.

Rep. Carolyn Maloney said the reimbursement funds had support of both Democrats and Republicans in the New York state congressional delegation.

“It is ridiculous to expect local law enforcement, like the NYPD and FDNY, to bear the extraordinary and ongoing costs of protecting the President of the United States,” she said. “That is clearly a national security concern and paying for it should be federal responsibility. This budget agreement ensures the federal government meets this responsibility.”

October 12, 2016 Admin Comments Off on Forget the election! Oil is driving the market