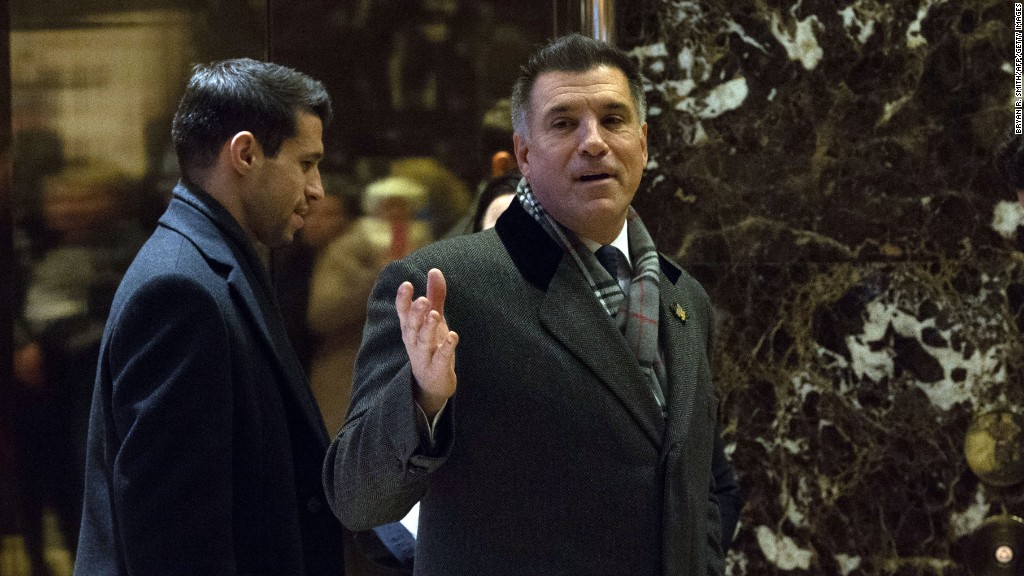 The White House has made public the financial disclosure forms of about 180 staffers.

Many of the forms, which detail employees’ income and holdings when they arrived at the White House, are long and convoluted. That’s what happens when you have a lot of money.

The documents provide only a snapshot in time. Administration lawyers who monitor compliance with federal conflicts of interest laws have advised staff members to resign from outside positions and sell certain assets. The divestment process is still underway.

Still, the disclosures provide a window into some of President Trump’s closest advisers.

Trump has filled the White House with advisers who raked in millions of dollars last year.

Ivanka Trump, the president’s daughter, and her husband, senior Trump adviser Jared Kushner, collected about $ 195 million in income. Their assets combined could exceed $ 700 million. (The disclosure forms generally require employees to list dollar amounts in ranges, such as $ 100,000 to $ 1,000,000.)

Trump’s top economic adviser Gary Cohn, the former president of Goldman Sachs(GS), netted up to about $ 75 million last year, according to his disclosures. White House chief strategist Steve Bannon made up to $ 2.5 million. And adviser Kellyanne Conway’s income was up to $ 846,000.

Former national security adviser Michael Flynn did not include thousands of dollars in speaking fees he received from three Russian companies in the initial set of forms he filed in February, just before he resigned.

Flynn included the speaking fees in disclosure forms he filed Friday, according to the documents.

It was announced only last week that Ivanka Trump will become an official government employee, so her financial disclosure forms are still in the works.

But we know from a 54-page document filed by her husband, Jared Kushner, that she maintained partial ownership of the Trump International Hotel in Washington.

Her lawyer has said she will file her own forms within 30 days. We don’t know whether the Office of Government Ethics will require that she divest her interest in the hotel or if she will volunteer to do so herself.

Bannon’s forms show that he has financial ties to an array of conservative organizations and sources funded by Bob and Rebekah Mercer, the family of influential Trump donors.

Other of sources of income include Bannon Strategic Advisors, a consulting firm valued at as much as $ 25 million, and Affinity Media Holdings, which could have awarded him capital gains as high as $ 1 million last year.

Bannon is selling some of his stake in Cambridge Analytica and Glittering Steel, another Mercer-backed entity, according to the forms.

Most of Cohn’s money came from his job at Goldman Sachs, which he left in December, and related investments. He lists assets that are worth between $ 252 millionand around $ 600 million.

Cohn’s portfolio also includes a smattering of positions in individual companies. He held up to $ 500,000 in Intel(INTC, Tech30) shares and up to $ 1 million in Microsoft(MSFT, Tech30) stock. Cohn also had stakes in Kraft-Heinz(KHC), Live Nation Entertainment(LYV), McDonald’s(MCD), Philip Morris(PM), Facebook(FB, Tech30), Box(BOX) and Twitter(TWTR, Tech30).

The lengthy document also shows that Cohn held a stake in the Industrial and Commercial Bank of China when he took the White House job. His shares were worth more than $ 1 million, according to his forms.

Sean Spicer had skin in the real estate game.

Omarosa Manigault, a White House adviser and former contestant on “The Apprentice,” appeared on an episode of TLC’s “Say Yes to the Dress” that hasn’t aired yet. But she didn’t do it for free.

The gig earned her a wedding dress, custom veil and accessories worth $ 25,000, according to her financial disclosure forms.

Economist Peter Navarro, the head of Trump’s trade council, scored a number of paid speaking gigs in the past year.

He cast a wide net. Navarro made $ 10,500 for a keynote speech to the Casket & Funeral Supply Association of America after the election in November. He also earned $ 10,000 for a speech to the Captive Insurance Companies Association in March 2016 and received $ 7,500 for a talk delivered to the Metals Services Center Institute in January 2016.