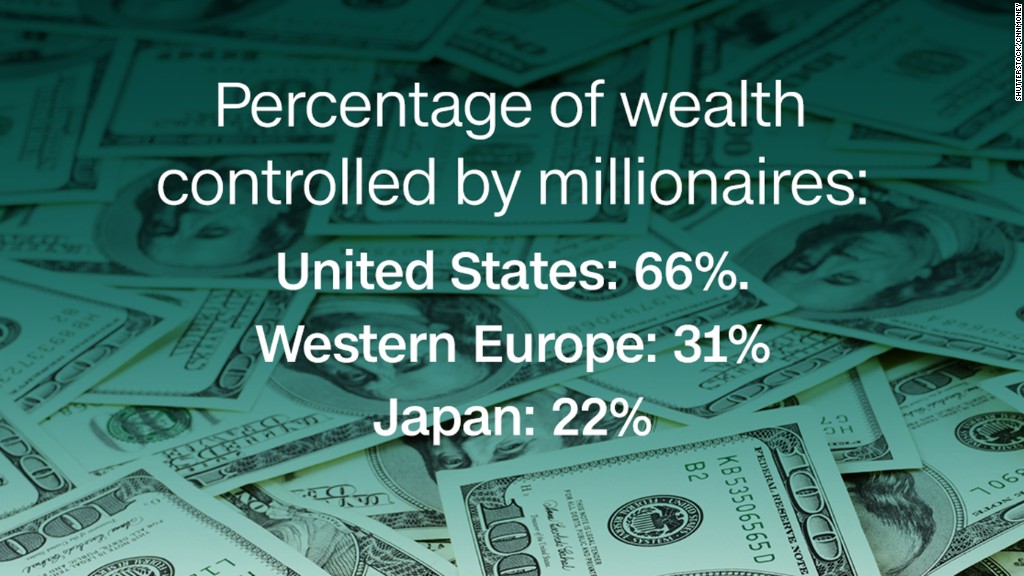 47% of world’s wealth controlled by millionaires

Want to hang out with millionaires? Move to Monaco.

Almost a third of the city state’s population now classify as millionaires, up 6% compared to two years ago, according to a new survey.

Swiss banking cities Zurich and Geneva trail behind the principality of Monaco, with one in four and one in five inhabitants being millionaires, Wealth Insight and Spear’s WMS said in the study.

The survey defines millionaires as people with net assets of $ 1 million or more, excluding the value of their primary residences.

New York is the only non-European city that made it into the top five globally. With one in 21 New Yorkers classified as millionaires, the city comes in fourth based on the number of millionaires as percentage of the overall population.

London has moved up one spot in the ranks to fifth overall with one in 29 inhabitants millionaires.

Related: Asian millionaires now the wealthiest in the world

Dublin placed 10th among European cities and 13th globally, a bit of a surprise to the researchers.

“Dublin has a higher density of millionaires than many other European capitals….Most of these have earned their wealth from Dublin’s burgeoning tech scene, which has attracted talent from both Europe and the U.S.,” said Oliver Williams, the head of Spear’s.

The Scottish city of Edinburgh made its debut at number 16 in the European ranking, with one in 67 inhabitants deemed to be a millionaire.

Dublin and Edinburgh punch well above their weight in the ranking and above other European capitals such as Paris, Madrid and Moscow, the researchers added.

Stocks: 5 things to know before the U.S. open