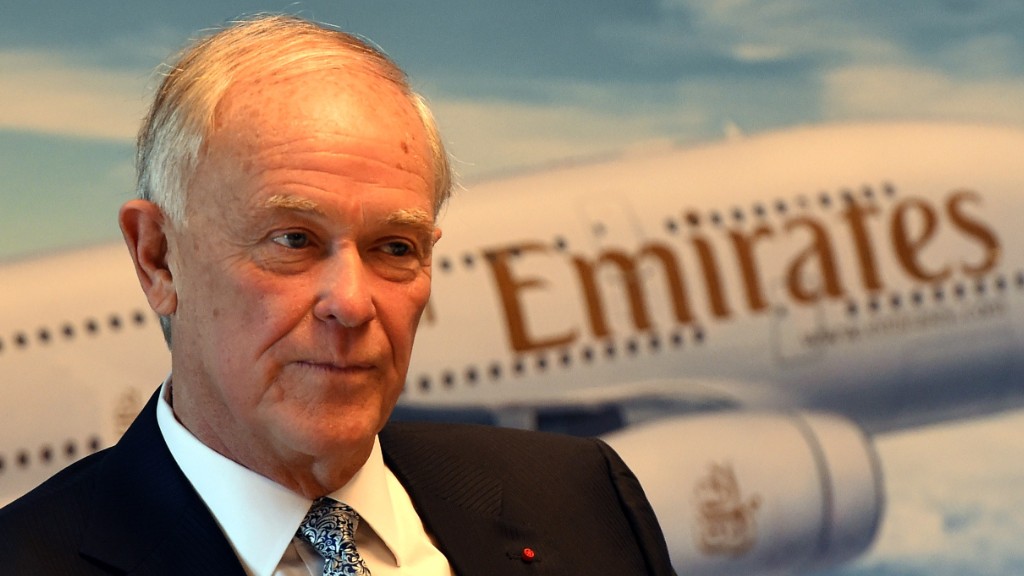 For the third year in a row, the ultra-low cost carrier had the lowest score in the travel report from the American Customer Satisfaction Index (ACSI). Spirit scored a 61 on a 100-point scale.

Spirit is known for its “bare fares” — cheap tickets that are stripped of any additional amenities. That means passengers will pay for things like printing a boarding pass at the airport or beverages during a flight.

Spirit said it’s made substantial strides in the past year.

“Spirit’s committed to improve its operations and customer service,” a company spokesman told CNNMoney. “Beginning last spring, Spirit initiated a number of programs that have led to major improvements in on-time performance and a 64% reduction in complaints year over year.”

Coming in just ahead of Spirit(SAVE) was ultra-low cost carrier Frontier Airlines with a score of 63. They were the only two airlines to see their scores drop this year.

Overall, passenger satisfaction across the airline industry is up 4.2% in the last year, climbing to a score of 75, up from 72 in 2016.

JetBlue Airways is the passenger favorite, improving around 2% thanks in part to its lowticket prices and upgraded cabins.

Southwest Airlines came in second place, with the same score as last year.

While low ticket prices do play a key role in customer satisfaction, there’s a fine line with what passengers will put up with.

“JetBlue and Southwest have found the sweet spot when it comes to discounting to a certain extent to make passengers appreciative of the lower cost and cutting back on some of the amenities that aren’t particular pain points for fliers,” said David VanAmburg, managing director at ACSI.

Legacy carriers saw big improvements as they work to better compete with the low-cost carriers by offering basic economy tickets and bringing back amenities like free snacks and in-flight entertainment.

Both American Airlines(AAL) and Delta Air Lines(DAL)‘ scores jumped to 76.

American has spent around $ 20 billion on new aircraft in the last four years, according to the report. During that time, its passenger satisfaction has increased by 15%.

United Airlines, fresh off a PR disaster after a passenger was forcibly removed from a plane, saw the least improvement of the legacy carriers with a score of 70.

The report is based on customer interviews over a 12-month period that ended in March, so responses didn’t capture recent high-profile incidents like United’s, or Delta’s(DAL)awful weekend of massive flight cancellations brought on by bad weather.

“We expect Delta to be hurt more than United(UAL), if for no other reason than the Delta cancellations impacted thousands of passengers, while United, while obviously a very horrific incident, was with one passenger,” said VanAmburg.

Here’s how the airlines ranked, according to the report: