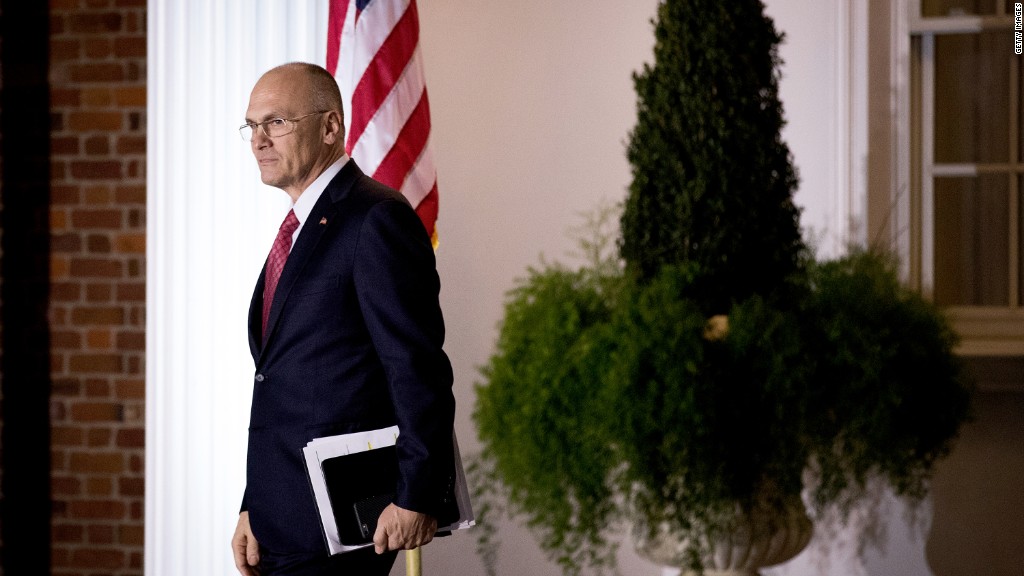 Trump tapped Puzder in December, saying he has an “extensive record fighting for workers.” But his nomination remains controversial.

Puzder’s hearing was delayed four times because the Senate hadn’t received paperwork explaining how he’d detach from his business entanglements. Puzder is the CEO of CKE Restaurants, which owns Carl’s Jr. and Hardee’s. The Office of Government Ethics finally submitted the paperwork last week when Puzder announced he’d step down from his post at CKE and possibly give up his 2016 bonus if the Senate confirms his nomination.

As labor secretary, Puzder would oversee federal workplace safety and wage laws. But his employees say he’s unfit for the job because he allegedly stole their wages and forced them to work long hours without overtime pay. Puzder is a vocal critic of a minimum wage hike, government regulation and overtime pay.

2. Janet Yellen testifies before Congress: Federal Reserve Chair Janet Yellen will head to Capitol Hill on Tuesday to deliver a speech on monetary policy. The semi-annual report will be Yellen’s first appearance before Congress since the Fed raised interest rates in December.

Ever since the 2008 recession, the Federal Reserve’s approach to rate hikes has been, well, reserved. Officials left rates unchanged last month, saying in a statement that with “gradual adjustments in the stance of monetary policy, economic activity will expand at a moderate pace.”

Yellen predicts there will be three rate hikes in 2017. If the Fed were to raise them faster, as Trump’s policies might force it to, millions of Americans applying for loans and mortgages could be affected.

Related: Will Fed rate hikes come back to haunt Trump?

3. Big Food and Tech earnings: Cisco(CSCO, Tech30), Pepsico(PEP) and T-Mobile(TMUS) are among a few of the companies releasing quarterly reports this week.

4. OPEC oil report: Investors will be curious to see if OPEC is meeting its output goals when it reports on Monday.

OPEC and non-OPEC producers agreed to slash oil production by 1.8 million barrels per day. So far they’re sticking to that plan. Last week, the International Energy Agency announced it was 90% in compliance. That’s big news, given OPEC has failed to meet such goals in the past.

OPEC said last week that if producers continue to abide by the output policy, production cuts could extend to the end of 2017.

Related: OPEC has pulled off one of its ‘deepest’ production cuts

January 4, 2018 Admin Comments Off on America could soon be crowned oil king