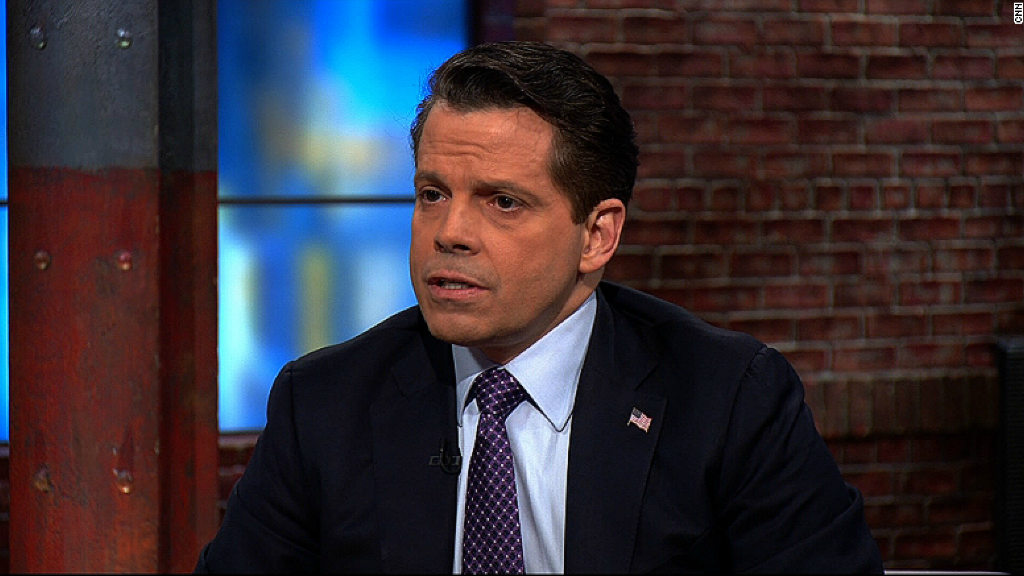 Scaramucci: W.H. and press should ‘deescalate’

Anthony Scaramucci is returning to Wall Street after a deal to sell his hedge fund business collapsed, a person familiar with the matter told CNNMoney.

Scaramucci, who famously lasted just 10 days in the Trump administration last year as White House communications director, is coming back to SkyBridge Capital as co-managing partner, the person said.

The move comes after SkyBridge, a network of hedge funds that Scaramucci founded in 2005, failed to get federal regulators to sign off on its planned sale to the Chinese conglomerate HNA Group.

Scaramucci had resigned from SkyBridge in January 2017 when the HNA deal was announced.

SkyBridge and HNA have mutually decided to terminate their agreement, a person familiar with the matter said. “It’s time to move on,” the person said.

Neither HNA nor SkyBridge would comment on news of the deal’s being abandoned. Scaramucci did not immediately respond to a request for comment.

Scaramucci garnered national attention last summer during a chaotic and controversial stint in the White House. He was fired days after unleashing a vulgar tirade against top White House officials.

The proposed sale of SkyBridge to a Chinese conglomerate drew a lengthy review from the Committee on Foreign Investment in the United States, an inter-agency government committee that evaluates sales of US businesses to foreign entities to determine the impact on national security.

Although the sale has been called off, the source said the two companies are considering a potential marketing relationship under which HNA would distribute SkyBridge’s hedge fund products in China.

After a years-long buying spree, HNA has lately reversed course by unloading billions of dollars of foreign assets to ease financial pressure. HNA recently revealed that it trimmed its stake in Deutsche Bank(DB) and plans to get rid of a $ 6.5 billion stake in Hilton Worldwide(HLT).

Scaramucci used to hold an extravagant hedge fund conference at the Bellagio in Las Vegas and hosted a show on Fox Business. The Harvard Law School graduate got his start in finance in 1989 at Goldman Sachs(GS).

Is this as good as it gets for the economy?