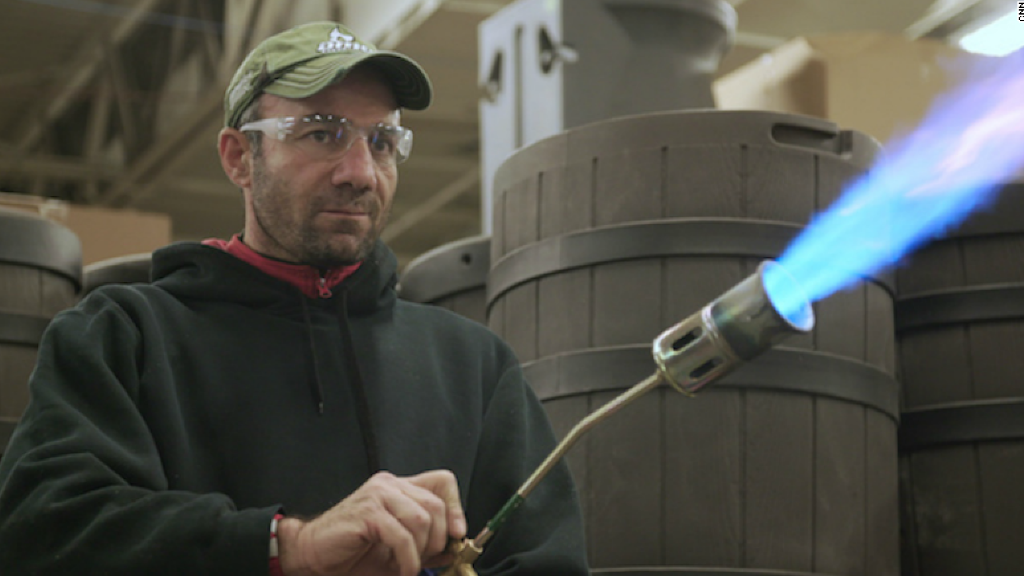 Over 200 emails and thousands of online comments poured in after CNNMoney ran a story this week with the headline “Americans have become lazy and it’s hurting the economy.”

The story highlighted the work of economist Tyler Cowen, who’s new book “The Complacent Class” argues that America is stagnating because people have become too comfortable and no longer take risks.

It struck a chord. Reader responses ranged from “I could not agree more” that Americans are lazy to calling the writer of the story a “dumb idiot” and other unprintable names.

We decided to ask CNNMoney readers: Are Americans lazy? And what do you think the biggest problem is in the economy? Some people wrote two lines and others penned long essays.

Broadly, immigrants and people over age 50 were more likely to concur that Americans are lethargic. But plenty of people just wrote in to say how difficult life was. Jeannie Daniels of Welsh, Louisiana, captured it in two lines:

“Holding two jobs to be able to afford my insurance and medicine. Sorry, I’m just too tired for anything else,” wrote Daniels who is 57.

Overall, five dominant themes emerged from the emails. We present them below, along with direct quotes from readers (used with their permission and edited lightly for length and spelling).

“No one wants to get their hands dirty — literally. Kids are coddled and can’t even run around outside exploring. …Young people want to sell a few apps and make millions, or work for a startup that lets them work or nap when they feel like it. Then there’s the HUGE drug epidemic … young people are bored out of their minds.” –Sue Butcher, 64, Boulder, Colorado

“I work with our youth who are under-educated, under-motivated, lacking in basic working and thinking skills, and have little to no experience of what planning, hard work, and visions of success can do. I hold families and the education system responsible for our youth not experiencing personal success.” –John Seryak, 67, Reynoldsburg, Ohio

“I can’t believe this is even a topic for debate. The problem with the American economy is that 99% of the wealth is in the hands of less that 1% of the populace. That is not even an economy, it should be an episode of ‘Hoarders.'” –Tony Paustian, 36, Federal Way, Washington

“As a teacher for 25 years, my salary has not kept up with inflation, like 90% of my fellow Americans. This country has become a land that only supports only one class: The well heeled.” –Richard Horan, 55, Ithaca, New York

“The biggest problem with the economy is income inequality. Look no further than executive compensation. CEOs today make orders of magnitude more than they did in the 1960s and 70s. It’s because so much of the wealth is going to a tiny fraction of people who don’t need the money and aren’t spending it! Why does that matter? It matters a lot. It’s holding down wages for the rest of America’s workforce.” –-John Salomone, 44, Boulder, Colorado

“I think the biggest problem with the U.S. Economy is greed. Those who are blessed to have thriving businesses and who are becoming wealthier each day are not willing to share their wealth with those who have less.” –Sue Russell, 67, Center, Texas

Related: More insurers abandon Obamacare. Who might be next?

“It is unfair to write an article like this without mentioning student debt. Total student loans rose from around $ 510 billion in 2007 to more than $ 1.4 TRILLION today. Using me as an example, I was saddled with over $ 113,000 in student debt when I graduated from a state school with a meteorology degree. … [Student debt] leaves very little room to take risks.” — Mike Swan, 31, Southington, Connecticut

“I’ll tell you what’s wrong with our economy: Our dollars aren’t worth anything. My parents both worked full time jobs and could actually buy a house. EVERYONE that I know works, a lot at that, so I’m not sure how this guy gets off calling us lazy. Start a business? We’re trying to pay our bills! Move? Does he realize how expensive that is!” –Cat Neely, 29, Atlanta, Georgia

Related: U.S. inequality is getting worse

“Too many people have the energy, ideas, and motivation to start new ventures and spark the economy, but they don’t do anything because they want to retain their employer-based health care coverage.” –Craig Boroughs, 44, Keystone, Colorado

“People don’t change jobs or take risks because they could lose health coverage, and while many adults are willing to wing it without coverage … if they have children, they will stay put.” —Pamela Rodi, 61, Los Angeles

“If you want to see innovation, let this country go to universal health care. There are so many bright people that are in a point in their professional life that could really be successful, but you hear the same thing: ‘I need health insurance.’ The cash flow from starting and growing a business often doesn’t create an additional $ 1,200 a month.” –Kirk Billingsley, 56, Monterey, Virginia

5. We’re too dependent on government

“We have become a nation that wants handouts. We need another: ‘Ask what you can do for your country moment.’ We have become a very laid back, play on our phone at every opportunity, nation. I have noticed this in all ages. We have to get back to work ethic before we can truly move forward.” –Thomas Knudsen, 50, New York

“Why take risks when you can get a basket of social programs to support you. To think the food stamp budget is now $ 70 billion a year is astounding. We have a reported 4.5% unemployment rate, but the lowest participation in 40 years. Why work? Why take risks?” –Terry Podlogar, 58, The Woodlands, Texas

“I can count the number of veterans receiving 100% disability, which is $ 36,000 a year, yet they work next me in a federal job making as much or more than me. The VA has a very unique definition of disability which should mean unable to work. Entitlements need to be stopped or at the very least, severely reined in. When workers see so many other people getting so much for free, it kills morale.” –-Rebecca Mosseri, 55, Kempner, Texas

Whole Foods struggles to get back on its feet

July 28, 2016 Admin Comments Off on Whole Foods struggles to get back on its feet

October 1, 2016 Admin Comments Off on Qatar is losing billions on Deutsche Bank