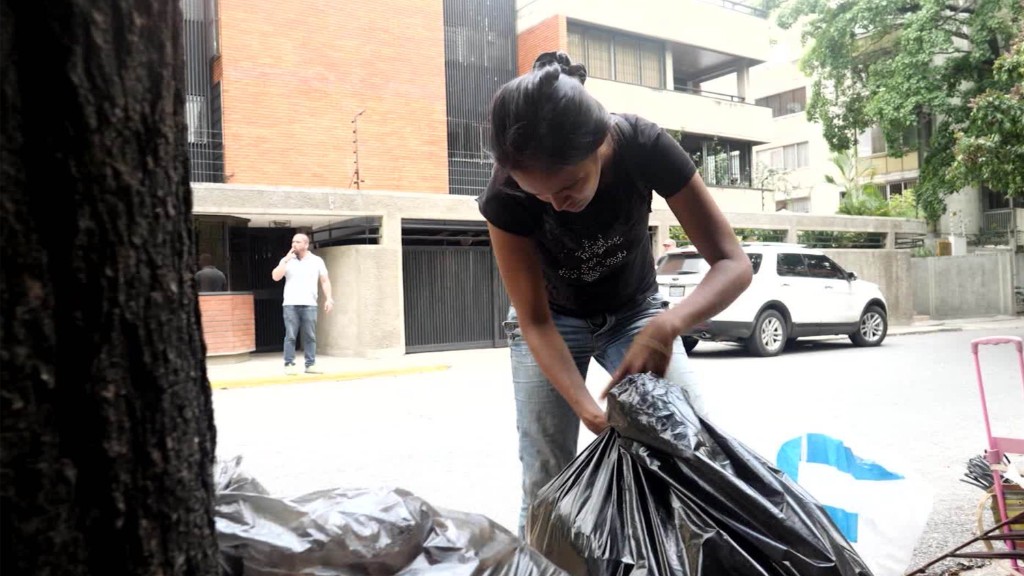 Venezuela and Colombia are next door neighbors in Latin America. But the situation in the two countries is like night and day.

At a time when Venezuela is fast slipping into chaos, Colombia is getting its act together, putting its drug war in its past and its president just won the Nobel Peace Prize.

The stark contrasts between the two nations played out this week at, of all places, the White House.

“What’s happening is really a disgrace to humanity,” Trump said of Venezuela on Thursday.

Trump said that, while standing next to Colombia President Juan Manuel Santos at the White House.

“The President did a fantastic job,” Trump said of Santos. “You are really a great example.”

It’s not just the rhetoric that’s glaringly different. The two economies are diverging in every possible way, right now.

“They live in different economic galaxies,” says Alberto Ramos, head of Latin America research at Goldman Sachs. “The performances of the economies are completely different.”

By contrast, Venezuela doesn’t even publish government economic data. According to the IMF, this year will almost certainly mark Venezuela’s fourth year of recession. It’s economy hasn’t grown since 2013.

Venezuela suffers from skyrocketing inflation, set to rise over 1,100% this year, the IMF estimates. Colombia’s inflation is forecast to rise 4% this year.

The contrast also represents a reversal of fortunes. During Colombia’s drug crisis — the years of druglord Pablo Escobar — many Colombians fled to wealthy Venezuela, which has the world’s largest oil reserves.

Now Venezuelans are fleeing to Colombia, escaping a country that’s out of money, food and medicine.

It’s unknown how many Venezuelans live in Colombia because they’re allowed to freely enter Colombia as tourists and millions have dual citizenship. But Tomas Paez, a migration expert in Venezuela, concluded in a study that nearly 2 million Venezuelans have left the country since the socialist regime began in 1999.

To be clear, Colombia isn’t without problems. Its economy suffered from the steep fall in oil prices too. And, as Trump pointed out Thursday, cocaine production hit an all-time high in Colombia last year.

And although everyone wants peace in Colombia, Santos has been heavily criticized for crafting a deal local critics say goes easy on guerrilla soldiers who committed atrocities. Taxes are also going up in Colombia in order to implement the peace deal and integrate the soldiers into civilian life.

Toyota and Mazda to build $1.6 billion factory in the U.S.