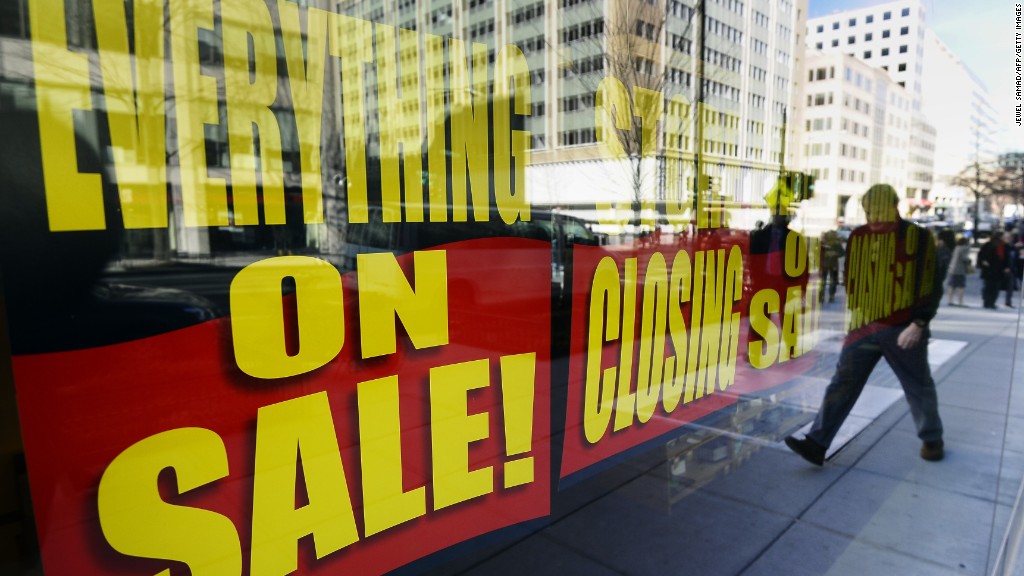 The truth about the retail apocalypse

Barnes & Noble stock jumped more than 20% after the board said it would consider a sale of the troubled company.

The board said Wednesday it had appointed a special committee to review offers. One came from longtime Barnes & Noble chairman Len Riggio. He is the company’s largest shareholder, controlling close to 20%.

Barnes & Noble (BKS) also disclosed that a shareholder it could not identify had rapidly built up a stake in the company. To block a hostile takeover, Barnes & Noble’s board of directors approved what’s known as a poison pill.

The poison pill will kick in if the unidentified party accumulates 20% of the stock or more. At that point, shareholders will be allowed to buy Barnes & Noble’s stock at a 50% discount, diluting the value of the shares.

The announcement comes shortly after another investor disclosed a stake of close to 7%, and said he had held talks with Riggio about buying the company.

The board said Riggio would vote his shares in favor of any transaction recommended by the committee.

A potential sale is just the latest twist in the saga of Barnes & Noble, which is looking to replace its fifth chief executive in as many years.

In August, Parneros sued his former employer in federal court for defamation and for firing him without cause.

Sales have fallen at Barnes & Noble during each of the past four years. New tactics, such as smaller store formats and a kitchen concept, have struggled to win back shoppers.

Neil Saunders, managing director of GlobalData Retail, said in September that most of the stores “feel tired, are too large and too cluttered, and do not offer the consumer any compelling reason to visit and buy.”

The American Booksellers Association, a trade group, reported that the number of independent locations rose 6% last year to 2,470.

It was an epic year for stocks

December 31, 2017 Admin Comments Off on It was an epic year for stocks

August 28, 2018 Admin Comments Off on Premarket: 5 things to know before the bell