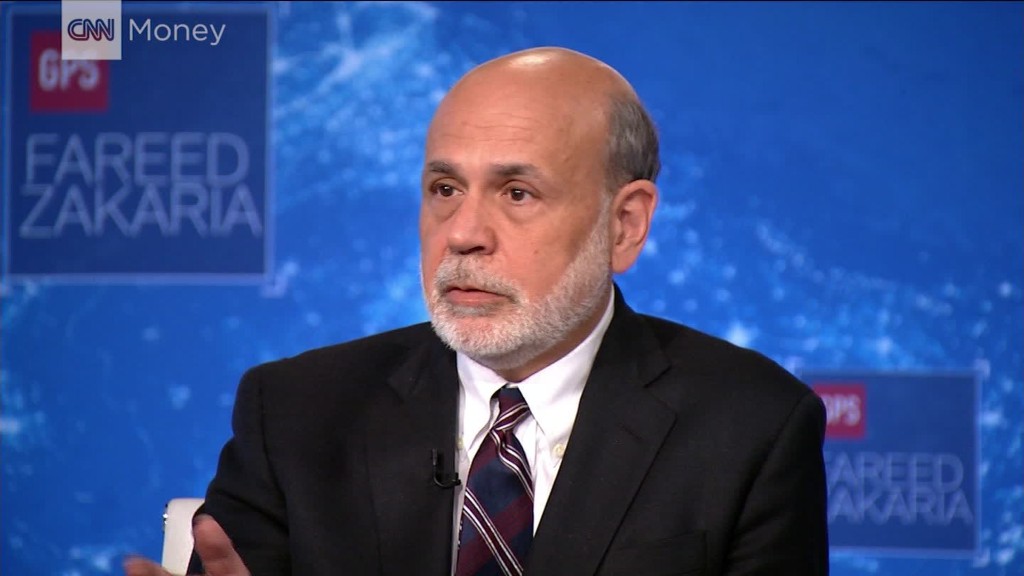 Ben Bernanke isn’t optimistic that Democrats and Republicans will be reaching across the aisle anytime soon to help the US economy.

“The partisanship is extraordinarily strong,” Bernanke told CNN’s Fareed Zakaria in an interview that aired Sunday. “It’s going to make it harder for Democrats and Republicans to come together and agree on policies which are effective and which really help the economy.”

Bernanke knows about such partisanship first hand. As Federal Reserve Chair from 2006 to 2014, Bernanke testified before a bitterly divided Congress at least twice a year. Sometimes he would be questioned more often because of the financial crisis in 2008 and the extraordinary role the country’s central bank took to save the economy.

To buoy the collapsed US housing market, Bernanke slashed interest rates in 2008 to 0%, where they stayed until late 2015. During that time, however, Congress and the Obama administration were stuck in gridlock, unable to enact any fiscal policies to truly boost economic growth.

Supporters say Bernanke helped the US economy avert a far more severe economic crisis. Critics argue his policy to buy up trillions of dollars of debt, which ended in late 2014, has long term consequences that hurt the US economy and stock markets.

Related: Yellen’s solution for the US economy: More working women

Bernanke handed the keys to the Fed to current Chair Janet Yellen a few years ago. Bernanke is a big fan.

“I think so far that she has done a fine job and is helping to navigate the economy through some tricky times,” said Bernanke, who was nominated to his post by President George W. Bush.

As for President Trump’s plans to boost US economic growth, Bernanke isn’t entirely opposed to the broad principles. He said rebuilding America’s roads and bridges, as well as a simpler tax code, could help boost growth, which has been sluggish since 2009.

Overall, Bernanke says the economy he oversaw through one of its darkest periods is doing just fine now.

“If you told me three or four years ago that we’d be where we are today, I would have been pretty happy to hear it,” Bernanke said.

Shop at H&M or Walmart? You could be helping India's rural women

December 22, 2017 Admin Comments Off on Shop at H&M or Walmart? You could be helping India's rural women

July 20, 2018 Admin Comments Off on North Korea's economy just had its worst year in two decades

Why are US cranberries repeatedly threatened with tariffs?

April 7, 2018 Admin Comments Off on Why are US cranberries repeatedly threatened with tariffs?