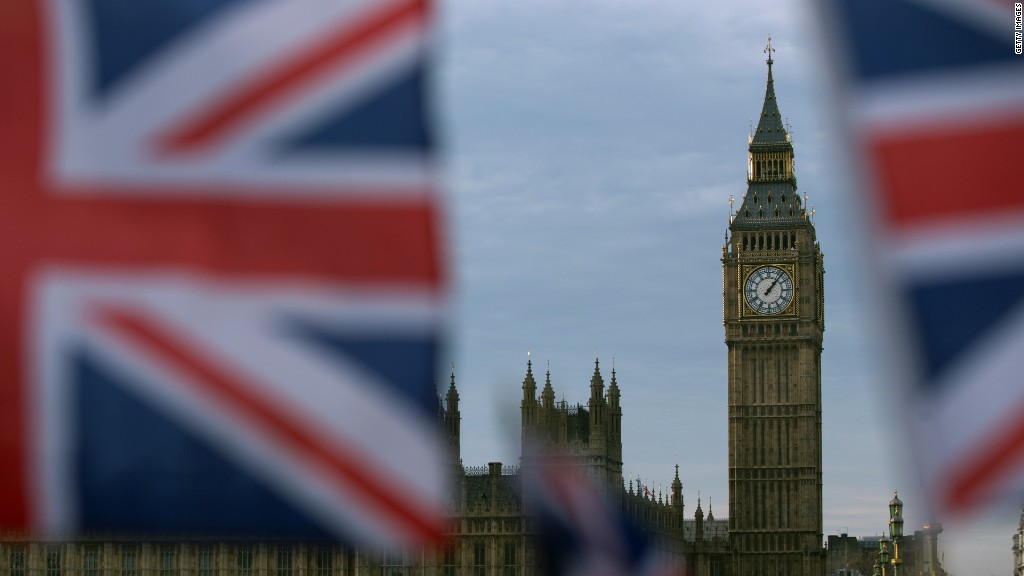 The U.K. is about to take a huge step in the dark by starting the formal process to leave the European Union.

The Vote Leave campaign for Brexit and the British government have made a series of promises about what divorcing the U.K.’s biggest economic partner will mean for the country.

Here’s a list of the key pledges, compiled by a cross-party group of lawmakers opposed to the “hard” version of Brexit that now seems likely, and a reality check on the chances of them being kept.

Promise: The “exact same benefits” as the U.K. currently has within the Single Market and Customs Union.

Britain has said it will leave Europe’s free trade area and customs union. EU officials and countries such as Germany have made clear repeatedly that countries outside the EU cannot enjoy the same trade benefits as members. Ergo, some of those benefits will be lost.

Promise: Lots of new trade deals with new countries, ready to sign on the day of departure from the EU.

Trade deals are hugely complex and take years to negotiate. The first priority for hard pressed U.K. officials will be to agree a new trade deal with the EU — by far the U.K.’s biggest export market. Experts say the chances of that happening within two years are very slim, and a transitional arrangement of some kind is likely.

Related: Qatar will invest another $ 6 billion in U.K.

Promise: Invest savings from the EU budget in public services, including £350 million a week for healthcare.

It’s unclear how much Britain will generate in savings because the terms of the divorce bill have yet to be finalized. But they won’t exceed £190 million a week and the black hole created in government coffers by the impact of Brexit on economic growth will eat up much of those.

Related: Just 29% of Brits think Brexit will be good for the economy

Promise: No changes to the border between Northern Ireland and the Republic.

The U.K. government has said that keeping the Irish border open will be one of the priorities of its Brexit negotiations.

However, the practicalities are tricky. If — as planned — the U.K. leaves the EU’s customs union, which guarantees free movement of goods, some form of border check might be unavoidable.

Promise: Citizens’, workers’ and environmental rights currently guaranteed by membership of the EU to be fully protected.

The EU has a strong record of promoting workers’ rights, health and safety regulations, and consumer and environmental protection. These are guaranteed by EU laws and will stop applying to the U.K. once the country leaves the bloc.

To safeguard these rights, the government’s plan is to pass the “Great Repeal Bill” which will repeal all of the EU laws and replace them with domestic laws guaranteeing the same rights.

Promise: A deal on security that maintains and enhances cooperation with the EU.

As a member of the EU, the U.K. is part of the European arrest warrant system, a member of law enforcement agency Europol and has access to the Schengen information sharing system.

It is possible for the U.K. to negotiate continued access to these bodies, similar to other countries outside the EU.

Promise: The integrity of the U.K. will be protected and made stronger.

Scotland voted by a big margin to remain in the EU. Its government wants a referendum on independence from the U.K. It says Brexit, and the British government’s stated intention to take the U.K. out of the EU free trade area, constitute a material change in circumstances since the last vote on independence in 2014.

Promise: Science and research partnerships with the EU strengthened.

The EU sees a close connection between free movement of people and science. When Switzerland voted to restrict free movement of EU citizens in 2014, the EU promptly suspended its status as a full “associated country” to its science funding program.

London is currently home to the European Medicines Agency, which approves new medicines for use across the EU. The agency will almost certainly move after Brexit — many European countries, including the Netherlands, Sweden, Denmark, Hungary and Bulgaria are already pitching to host it.

Promise: The U.K. will be fully out, including required ratification, in 2019.

Prime Minister Theresa May will trigger the formal Brexit process on Wednesday, starting the clock ticking on a two year period of negotiation. Extending that period would require the agreement of all 27 other EU states.

May has said it would be better for the U.K. to leave without a deal, rather than accept a bad deal for Britain.

Promise: A dramatic reduction in net migration while also keeping the U.K. open to the talent and skills that U.K. businesses need.

Brexit campaigners have been walking back this promise since the days immediately following the June 23 referendum last year, emphasizing a commitment instead to “control” the U.K’s borders.

Speaking on Monday, chief Brexit official David Davis was asked whether the government would cap the number of EU workers coming to the U.K. Here’s what he said: