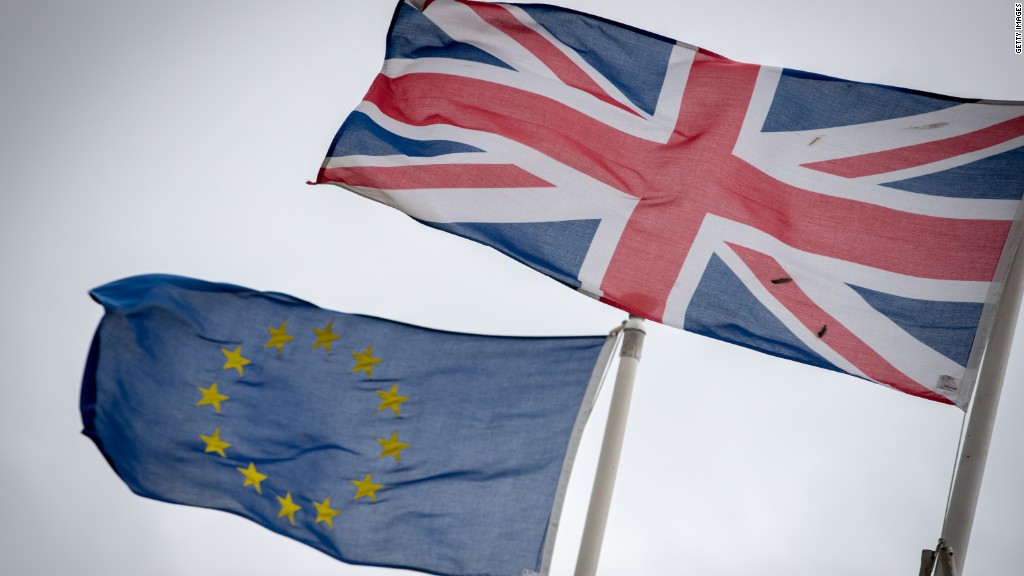 What happens if the U.K. Brexits

Brits are rushing to buy their holiday money before voting in the European Union referendum on Thursday.

Currency dealers and foreign exchange companies are reporting a surge in people stocking up on euros and dollars, fearing that a vote to leave the EU — the so-called Brexit — could crash the pound.

Moneycorp said it has seen a 35% increase in currency dealing volumes in the run up to the referendum. Travelex said foreign currency sales are up 30% in the U.K.

FairFX, a company that sells pre-paid foreign currency debit cards, has noticed an even bigger increase in business. It said the value of dollars loaded onto cards or ordered in cash was up 300% this week; the value of euros was up 100%.

“Holidaymakers not wanting to take a risk on what may happen to the pound following Thursday’s referendum have been stocking up,” said FairFX CEO Ian Strafford-Taylor.

Related: Why you should care about the Brexit vote

Foreign currency dealers are bracing for a frantic night on Thursday as the votes are counted.

Uncertainty about the outcome of the referendum, and the impact of Brexit on the economy, are making markets particularly nervous. The pound has been much more volatile than during the 2008-2009 financial crisis.

The legendary investor George Soros, who made a fortune betting against the pound in 1992, said this week that a vote for Brexit could cause the pound to crash by more than 20%.

To avoid losses, many firms are putting special Brexit measures in place.

TransferWise said it was suspending transfers in the pound on Thursday until after the results of the referendum are confirmed. “This is to protect customers from rate volatility while the results are counted,” said Jo White, director of communications at TransferWise.

Travelex said it will continue to trade as usual, but it has suspended its PricePromise offer in the U.K. That usually guarantees a refund for customers who find a better price elsewhere.

“We’ve paused this offer as we’re unable to compare rates against competitors because the exchange rates are moving more frequently than usual,” said Megan Landauro, global PR manager at Travelex.

Moneycorp said it will suspend online dealing as the polling stations close on Thursday evening.

July 8, 2016 Admin Comments Off on Stocks: 5 things to know before the open