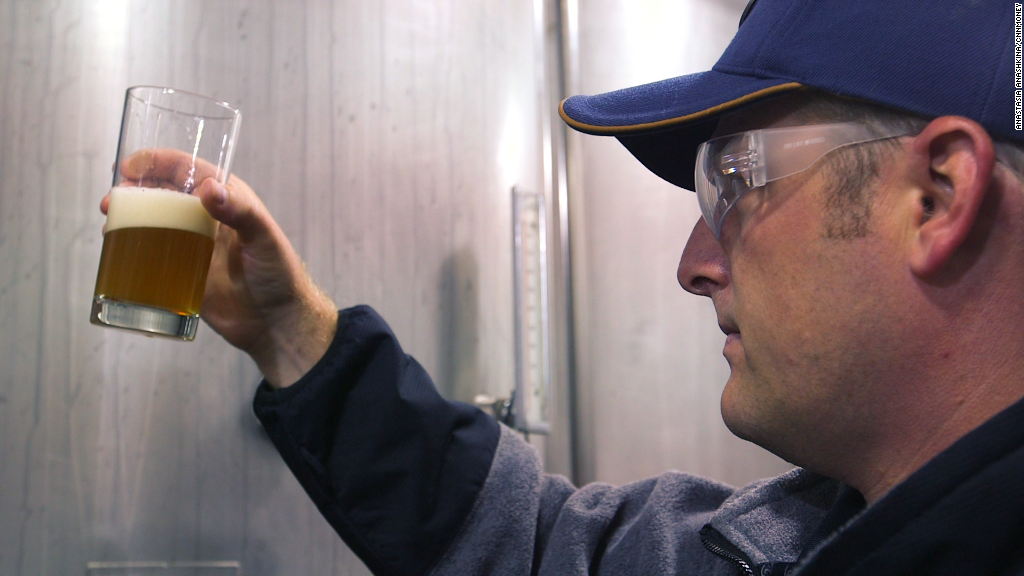 Meet the guy who invents new beers for Anheuser-Busch

The CEO of the world’s biggest brewer won’t be getting a bonus for 2016.

Anheuser-Busch InBev(BUD) has scrapped bonus payouts for chief executive Carlos Brito and most of his top management team after earnings crashed.

“When we do not meet our objectives, we take responsibility for it,” the company said in a statement. “Performance has been disappointing in fiscal year 2016, and as a result, most of the executive board of management will not receive bonuses this year.”

Chief financial officer Felipe Dutra will also be left out of the bonus pool, a company spokeswoman confirmed.

The brewer of Budweiser, Stella and Corona was weighed down last year by a “very weak” performance in Brito’s home country of Brazil, where an economic slump has hit beer consumption. AB InBev has 36 breweries in the country.

“If you own a bakery and don’t make any money one year, you don’t get a bonus — this is the same thing,” Brito said at a press conference. “After a bad year, that’s when you see leaders rising to the occasion.”

Shares in AB InBev were down 2.5% in Europe after the results were released.

The company said it now expects cost savings from its $ 100 billion merger with rival SABMiller to reach $ 2.8 billion, up from its previous estimate of $ 2.5 billion. SABMiller was forced to sell off its stake in a handful of brands, including Peroni and Grolsch, to secure regulatory approval for the deal, which closed in 2016.

The combined company boasts a portfolio of 500 beers, including seven of the top 10 global beer brands.

AB InBev said it was optimistic that its fortunes would improve in Brazil, where it has operated for nearly 30 years.

It also touted strong growth in Mexico and Europe. It gained market share in China despite the industry suffering from decreased sales volumes.

Uh-oh. Is the stock market a bubble again?