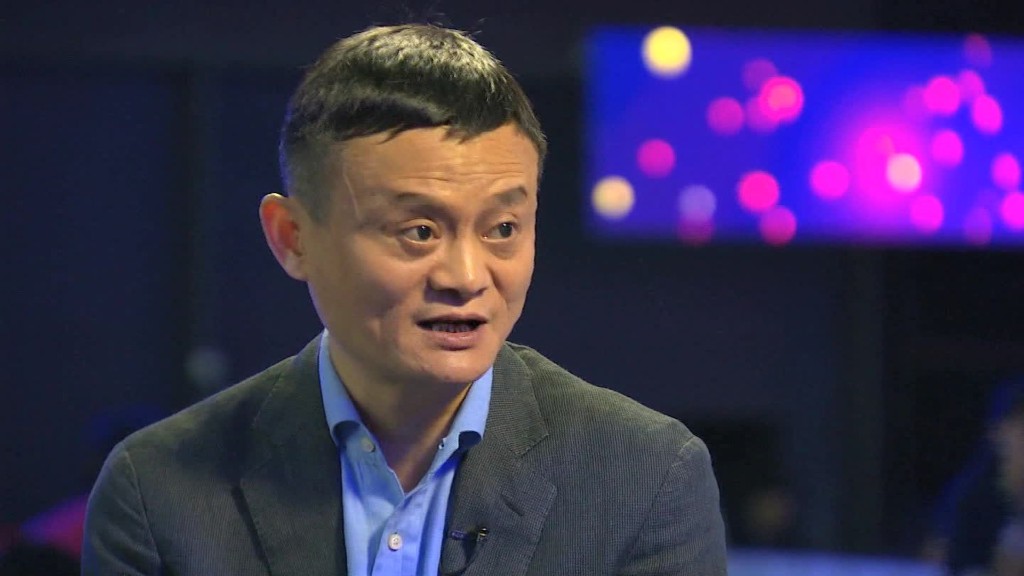 There’s no other shopping bonanza quite like Alibaba’s Singles Day.

I’ve spent far too much time at the mall as a teenager, elbowed my way past shoppers for Boxing Day steals in Canada and snuck online at the office to snag Cyber Monday deals in the U.S.

But all of that pales in comparison to the online buying festival hosted by Alibaba (BABA, Tech30) in Shenzhen, China.

Singles Day, which kicked off on Friday, takes place each year on November 11. It started as an informal holiday celebrating those not in relationships, before tech giant Alibaba turned it into a product discount day in 2009.

In the first hour alone, this year’s Singles Day raked in $ 5.2 billion in sales. Eight hours in, it had generated more than $ 9 billion, putting it on track to break last year’s record of $ 14.3 billion. That’s more than Black Friday and Cyber Monday combined.

The multimillion dollar event includes products from thousands of international brands, all vying for the purchasing power of more than 100 million shoppers.

Celebrities appeared at a three-hour variety show leading up to the event’s midnight start. David and Victoria Beckham got things started by hawking whiskey and sunglasses on stage. Twenty minutes later, a Mandopop boy band sang a song with the hook “I’ll teach you to buy.” An appearance by NBA star Kobe Bryant, an icon to Chinese basketball fans, was also a crowd pleaser.

Did he get any in? @kobebryant makes an appearance at #singlesday. #double11 #china #shenzhen #jackma #alibaba #cnn #reporterlife

To celebrate the 10-year anniversary in 2019, Ma told CNN “we should be in New York or Paris.” He also predicted Singles Day would a household name in the U.S. within 15 years.

In the first few hours, more than 80% of transactions took place on smartphones. The company rolled out virtual reality experiences and augmented reality games to keep shoppers’ thumbs and eyeballs glued to the buy button.

Alibaba sold cardboard VR sets for about 15 cents in the weeks leading up to Singles Day. Buyers slip their cell phones into the set to enter VR experiences with partner stores.

I tried out the Macy’s scene, which included a New York City driver whisking me to the company’s flagship Herald Square location. Once inside, I explored the store in VR and could narrow in on products by moving a blue dot. A buy button eventually appeared.

Meanwhile, an augmented reality game encouraged smartphone users to chase Alibaba’s cat mascot both online and offline to find discounts and coupons. Shoppers who tuned into the pre-show, or watch the 24-hour version online, were also rewarded with deals if they shook their phones at certain moments.

Some companies use Singles Day to unveil products tailored for Chinese consumers. Smuckers peanut butter and jelly filled Oreos, anyone?

However, China’s regulatory authority warned Alibaba and other Chinese e-commerce sites this year against selling fakes on Singles Day. Ma said his company prevents the peddling of counterfeits by collecting data on buyers and sellers of fake goods and reporting them to the police.

“Last year, we [arrested] more than 500 people by working with the police,” he said.

But that hasn’t stopped international brands from participating in Singles Day. Burberry (BBRYF), Apple (AAPL, Tech30) and Victoria’s Secret made their debut this year, joining companies like Adidas (ADDDF) and Gap (GPS).

— Andrew Stevens and Yuli Yang contributed to this report.

Rio gets huge Brazil bailout ahead of Olympics

June 23, 2016 Admin Comments Off on Rio gets huge Brazil bailout ahead of Olympics