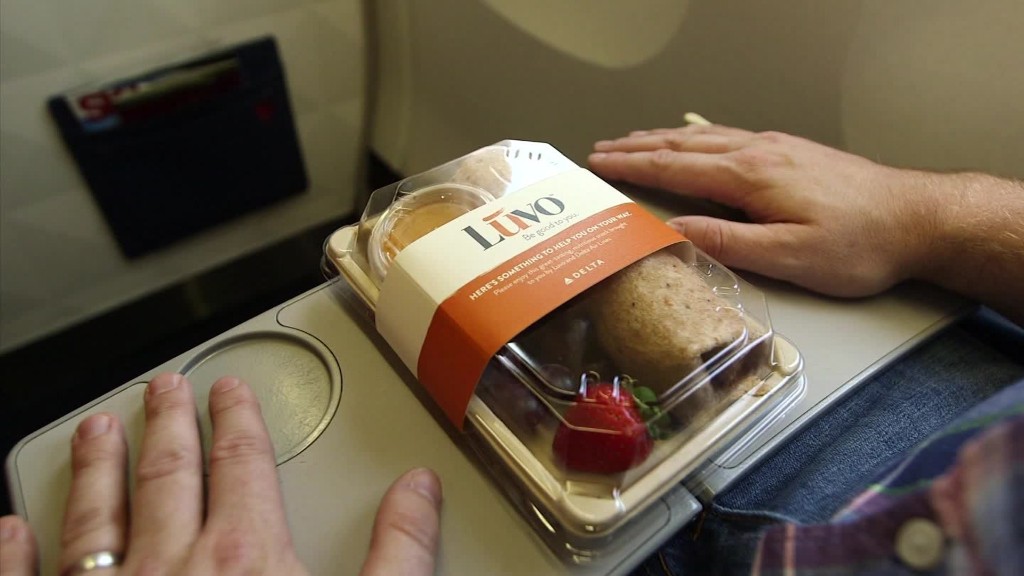 Delta has healthier food. But does it taste good?

In-flight meals are back on Delta.

The airline will soon start offering free meals to passengers in the main cabin on some of its cross-country flights.

The in-flight meals will start on March 1 on flights between New York City’s JFK airport and Los Angeles and San Francisco.

The perk will expand on April 24 to other coast-to-coast flights, including Boston to San Francisco and Los Angeles, Washington, D.C.’s, Reagan National Airport to Los Angeles, and from Seattle to Orlando and Raleigh-Durham, North Carolina.

In total, Delta(DAL) is offering meals in 12 markets.

Delta claims to be the only U.S. carrier to offer free meals on some transcontinental flights.

Related: Here’s how the airlines compare on legroom

“We are all about making our Main Cabin experience the best it can be for our customers and offering free, high quality meals is a big part of that experience,” said Allison Ausband, Delta’s senior vice president of in-flight service in a press release on Thursday.

Airlines have been beefing up their inflight offerings to woo fliers. Low oil prices allowed airlines to expand their route offerings in the last few years, which has created more competition.

Delta announced in June it would offer its in-flight entertainment for free, and American Airlines(AAL) made a similar move in August.

Credit card signatures are almost a thing of the past

April 14, 2018 Admin Comments Off on Credit card signatures are almost a thing of the past

Millennials: First generation to earn less than their parents

July 19, 2016 Admin Comments Off on Millennials: First generation to earn less than their parents

Calls for paid family leave are getting louder

February 14, 2018 Admin Comments Off on Calls for paid family leave are getting louder