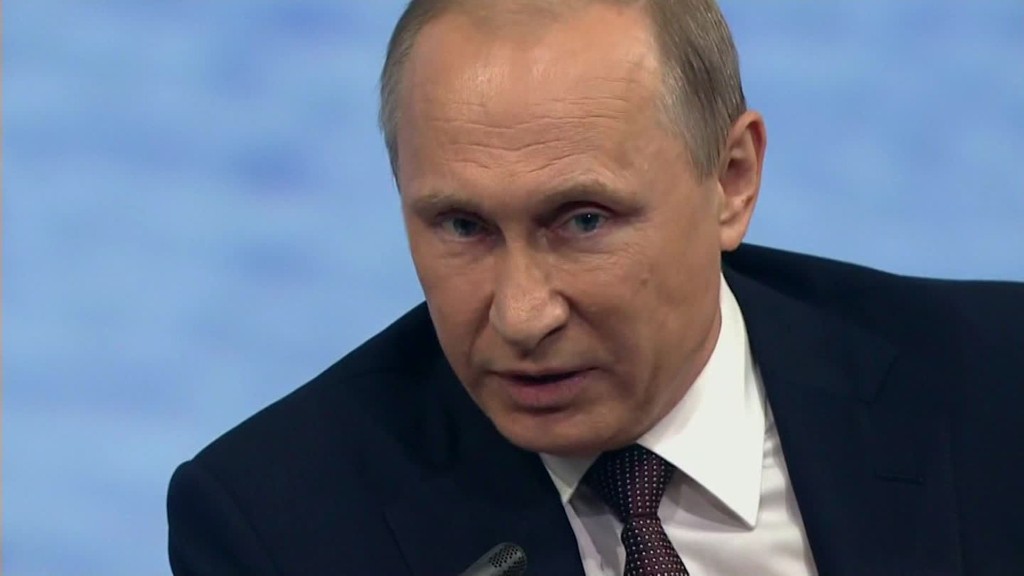 What’s next for US and Russia?

Europe has extended economic sanctions on Russia for another six months, despite indications that President-elect Donald Trump could try to repair ties with Moscow.

The decision was confirmed by European Council President Donald Tusk, who said that some European Union member states had pushed for a longer 12-month extension of the punitive measures.

“Some of our colleagues would prefer maybe 12 months,” he said. “But it was clear from the very beginning that what was possible is to maintain our current format … for six months.”

The U.S. and EU both imposed sanctions on Russia after it annexed Crimea from Ukraine in 2014. The EU restricted travel and froze the assets of nearly 150 people over the conflict. It also imposed restrictions on strategic sectors of Russia’s shrinking economy: banks, energy firms and defense contractors.

“I am sincerely grateful for unwavering unity and solidarity of the European leaders in restoring Ukraine’s sovereignty and territorial integrity, including Crimea,” he said in a statement.

At the height of the Ukraine crisis, a Malaysia Airlines flight was brought down by a Russian missile fired from territory controlled by pro-Russian separatists. Relations between Russia and the West hit their lowest ebb for decades.

Trump has vowed to reset ties with Moscow and has made no secret of his admiration for President Vladimir Putin. He’s also denied that the Kremlin hacked the 2016 election, putting him at odds with many in his own party, and the U.S. intelligence establishment.

Related: The good, bad and ugly of warmer US-Russia relations

The nomination of Rex Tillerson to lead the U.S. State Department is being read as another sign of a sharp shift in U.S. policy toward Moscow. The ExxonMobil (XOM) CEO has good relationships with senior Russian officials including Putin, and he is on the record as opposing sanctions.

An improved relationship with Russia might require the U.S. to acquiesce to the Kremlin’s annexation of Crimea, and lift sanctions on top Russian officials.

But that would be relatively easy: Trump could cancel sanctions, without consulting Europe, with the stroke of a pen since they were mandated by President Obama in a series of executive orders.

EU Council President Tusk said it was “still to early” to assess the incoming administration’s policies.

“We have too many signals … we have to wait for formal declaration of the new president,” he said.

May 5, 2017 Admin Comments Off on Goldman Sachs says Brexit will 'stall' London's growth