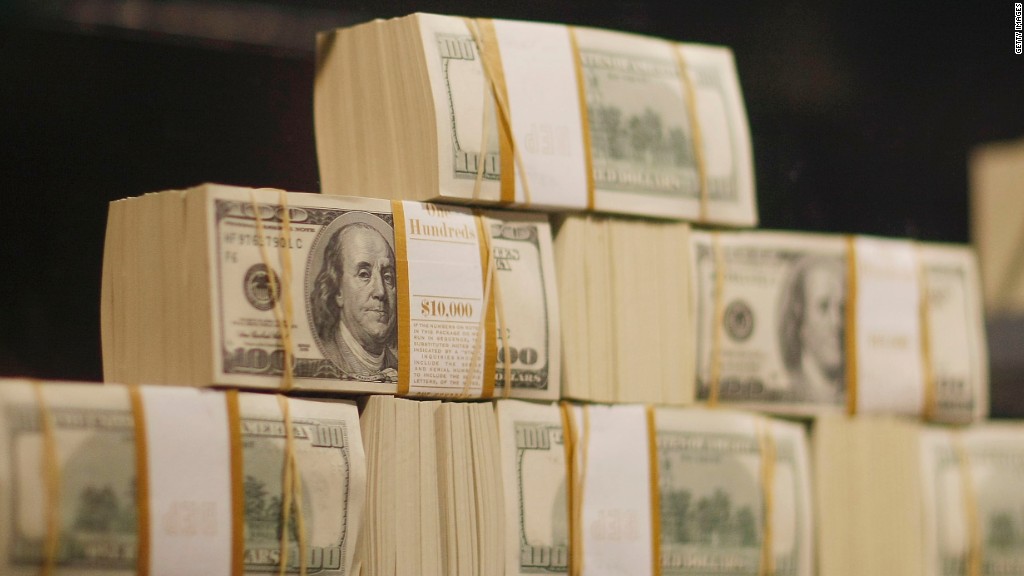 Ireland must recover up to 13 billion euros ($ 14.6 billion) in unpaid taxes from Apple, Europe’s top regulator ruled on Tuesday.

The tax ruling is by far the biggest the European Union has ever made regarding a single company, and it could spark a huge transatlantic row over how Europe treats big U.S. companies.

Apple shares fell almost 3% in premarket trading. The company will appeal the decision. It said the ruling upended the international tax system and would damage jobs and investment in Europe.

The European Commission, the EU’s de-facto government, said the Irish government had granted illegal state aid to Apple (AAPL, Tech30) by helping the tech giant to artificially lower its tax bill for more than 20 years.

Apple paid tax at 1%, or less, on profits attributed to its subsidiaries in Ireland, well below the 35% top rate in the United States and even well below Ireland’s 12.5% rate.

That prompted complaints by both European and U.S. lawmakers, who argued the deal gave Apple an unfair advantage in exchange for creating jobs in Ireland. CEO Tim Cook was even called to testify on Apple’s tax deal before a Senate committee in 2013.

The bill for tax benefits, plus interest, covers 2003 to 2014. Apple has more than $ 231 billion in cash on its balance sheet to cushion the blow.

Cook said on Tuesday the ruling has “no basis in fact or in law,” calling it “obvious targeting of Apple.”

He also said Apple has helped create and sustain more than 1.5 million jobs across Europe and stressed the company follows the law and pays all the taxes it owes.

“The European Commission has launched an effort to rewrite Apple’s history in Europe, ignore Ireland’s tax laws and upend the international tax system in the process,” he wrote.

Ireland said it will appeal the decision, saying Apple paid what it owed. The country has one of the lowest corporate tax rates in Europe, which makes it an attractive place to invest for global companies.

The Irish government is afraid companies would be less likely to invest in Ireland if its tax regime changes, which could cost the country thousands of jobs.

Apple is not the only American company that has recently found itself under scrutiny over its European tax affairs.

Starbucks (SBUX) has to pay back up to 30 million euros it saved thanks to a sweetheart tax deal with the Netherlands. Fiat Chrysler (FCAM) was ordered to repay a similar amount after a similar deal with Luxembourg.

Both companies have appealed the decisions.

Related: France going ‘all the way’ to collect tax from Google, McDonald’s

The EU is also probing the tax arrangements of Amazon (AMZN, Tech30) and McDonald’s (MCD). Google (GOOGL, Tech30) is under investigation over its taxes in France and a couple of other European countries.

The ruling against Apple’s tax deal comes despite a stern warning from the U.S. last week. The Treasury Department urged the European Commission to stop its tax crackdown on American companies, saying it would consider “potential responses” if Brussels doesn’t change course.