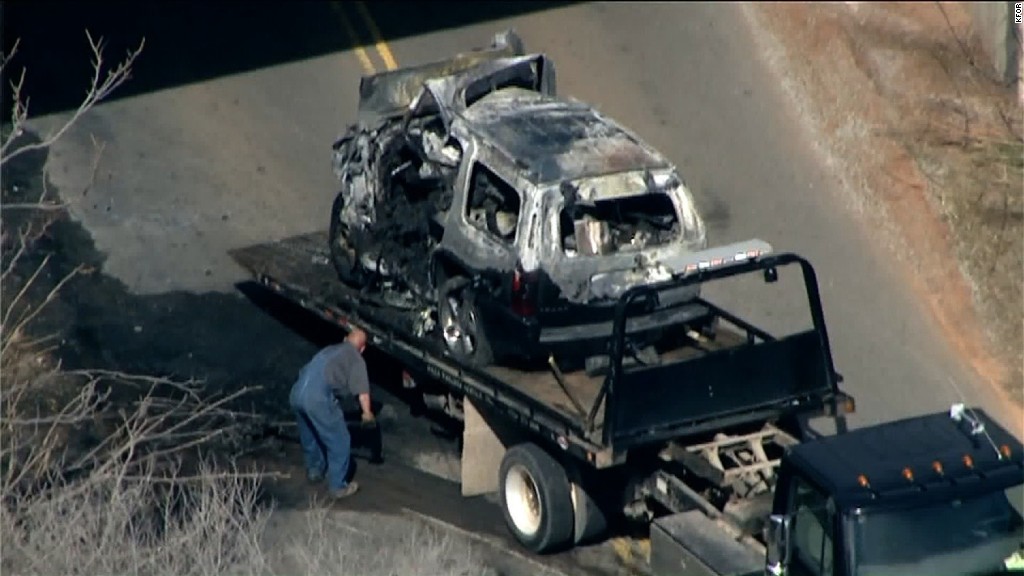 Former Chesapeake Energy CEO Aubrey McClendon was driving at 89 miles per hour just seconds before his Chevy Tahoe slammed into an overpass wall and erupted into flames, police said on Monday.

McClendon wasn’t wearing a seatbelt and was driving alone in a 50-mile-per-hour zone prior to the March 2 crash that killed the U.S. shale pioneer, according to an update from Oklahoma City police.

Authorities said McClendon, 56, was positively identified by the medical examiner days later through his dental records. The fiery crash took place one day after the founder of Chesapeake Energy (CHK) was indicted by a federal grand jury.

McClendon’s brakes appeared to be working and there were no signs of a medical emergency before the fiery crash, police said.

“Investigators are talking to people trying to put the pieces together from the night before this happened to find out if there may have been any reason he may have tried to take his life,” Citty said during a press conference.

The police chief said it’s too early to either confirm or rule out suicide. “We don’t know what was going through his mind at the time,” he said.

The recovered black boxes show that McClendon tapped his brakes several times before the crash. However, police said McClendon did not actually press the brakes hard enough for the vehicle to slow and he didn’t touch the brakes at all through the final 31 feet prior to impact.

Investigators will look into whether McClendon was using a cell phone before the crash.

McClendon was considered by many as one of the leaders of the U.S. shale oil and natural gas revolution that has transformed the global energy landscape. He founded Chesapeake in 1989 and turned the company into a powerhouse.

However, McClendon’s 24-year reign at Chesapeake was marred by tumult and he resigned amid legal scrutiny in 2013.

A day before the crash that killed him, McClendon was indicted for allegedly conspiring to rig the price of oil and natural gas leases in Oklahoma. McClendon denied the charges, calling them “wrong and unprecedented.”

May 24, 2018 Admin Comments Off on The three biggest risks to global investors

February 2, 2017 Admin Comments Off on Premarket: 6 things to know before the bell