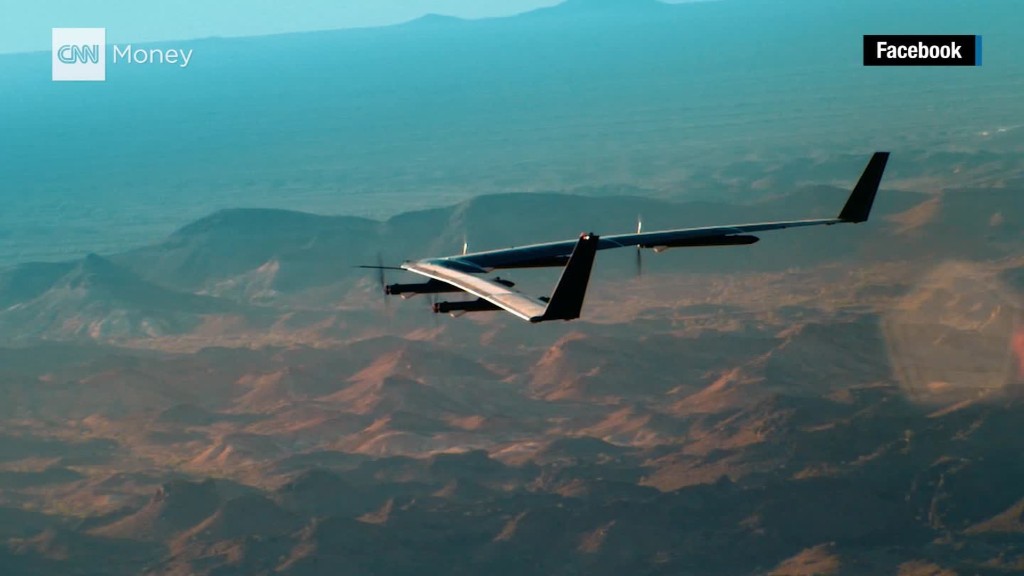 The social network shattered Wall Street’s lofty estimates for sales, profits, user growth and pretty much everything else you can think of with its second quarter earnings report on Wednesday.

The company now has 1.71 billion monthly active users, adding 60 million users from the previous quarter and growing its user base by 15% from the same quarter a year earlier.

On mobile, where Facebook was once thought to be be struggling, the company now has 1.57 billion monthly active users, up 20% year-over-year. And if that’s not enough, there are 1.13 billion people using the social network every single day, on average.

Facebook’s (FB, Tech30) strong user growth is remarkable for an Internet company more than a decade old. It also means more eyeballs and more demand from advertisers. The company posted sales of $ 6.4 billion for the June quarter, up from $ 4 billion a year earlier.

Not only does Facebook have more users to make money off of — it’s also making more money off each of them. Facebook made $ 3.82 per user on average worldwide in the most recent quarter, up from $ 2.76 a year earlier. Much of that growth came from users in the U.S.

All of that comes in stark contrast to Twitter (TWTR, Tech30), which reported this week that its user growth is stalled around 300 million. Twitter is struggling to lure advertisers, who would rather spend on larger social networks — like Facebook.

Facebook’s stock, already trading at all-time highs on Wednesday, shot up by more than 5% in after hours trading.

Facebook has been firing on all cylinders in recent months, touting investments in virtual reality, messaging, drones and live videos, with CEO Mark Zuckerberg repeatedly noting the company’s intention to become a “video first” company.

Even Facebook’s most criticized moves have paid off. Zuckerberg said time spent on Instagram increased after switching to an algorithmic feed. Messenger, which was broken off into a standalone app in a move Zuckerberg called “controversial,” recently topped one billion monthly users.

Facebook now has four products with one billion users or more: Messenger, WhatsApp, Groups and Facebook proper. Facebook has laid the groundwork to make money from the messaging app by encouraging users to communicate more with businesses.

Instagram hit the 500 million user mark last month and is expected to hit $ 1.5 billion in mobile ad sales this year, according to an estimate from research firm eMarketer.

Those products have helped Facebook adapt to what Zuckerberg described as the “evolving” sharing habits of its user base. Fewer people are sharing “long, full photo albums,” according to Zuckerberg. More people are looking to “share more privately.”

Michael Pachter, an analyst with Wedbush, summed up the general investor sentiment about Facebook in a note leading up to the earnings: “Facebook is a great company, period.”

And in case you’re wondering, yes, Mark Zuckerberg likes Pokemon Go. “I, like everyone else, am enjoying Pokemon Go,” he said in response to a question on the call.

October 5, 2016 Admin Comments Off on Brazil hit by more punches amid recession