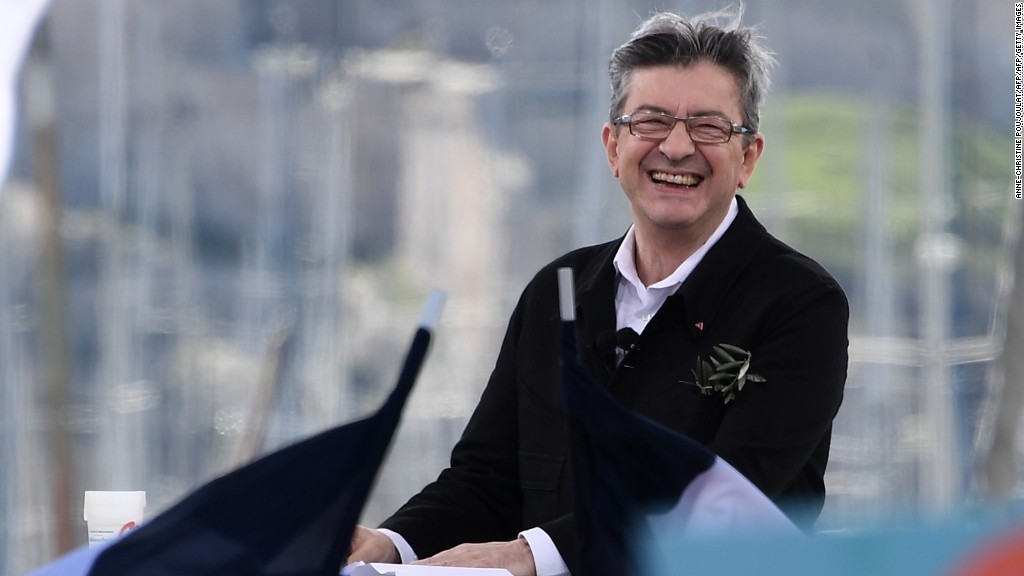 Who is Jean-Luc Mélenchon?

Will French voters be forced to choose between two presidential candidates that are hostile to the euro and free trade?

It’s a scenario that could become reality on Sunday, when a field of 11 candidates will be whittled down to two ahead of a runoff scheduled for June 7.

Investors have long fretted over the possibility that far right National Front leader Marine Le Pen would advance to the final vote. But a late surge in the polls by a far left candidate, Jean-Luc Melenchon, has raised the prospect that she will be joined by a second euroskeptic candidate.

Citigroup analysts have described it as a “nightmare scenario” for investors.

Le Pen wants to take France out of the euro and hold a referendum on the country’s membership in the European Union. She is also opposed to new free trade deals.

Melenchon, who has been endorsed by the French Communist Party, has also threatened to drop the common currency unless Europe agrees key demands. He also wants to take France out of NATO, bring energy companies under state control and substantially raise taxes on the rich.

“A Le Pen vs. Melenchon final would likely have far-reaching consequences for the country, as well as Europe at large,” wrote analysts at Citigroup.

Related: Why many Europeans want their money back

Investors are most worried about the euro. The currency, used by 19 EU countries, is the most visible symbol of the region’s experiment with economic integration since the end of World War II.

France has long been a pillar of support for the currency, and the euro’s continued survival would be in doubt if France were to abandon it.

Diego Iscaro, an economist at IHS Markit, said that the impact of such a scenario on the French and European economies “would be difficult to overestimate.” 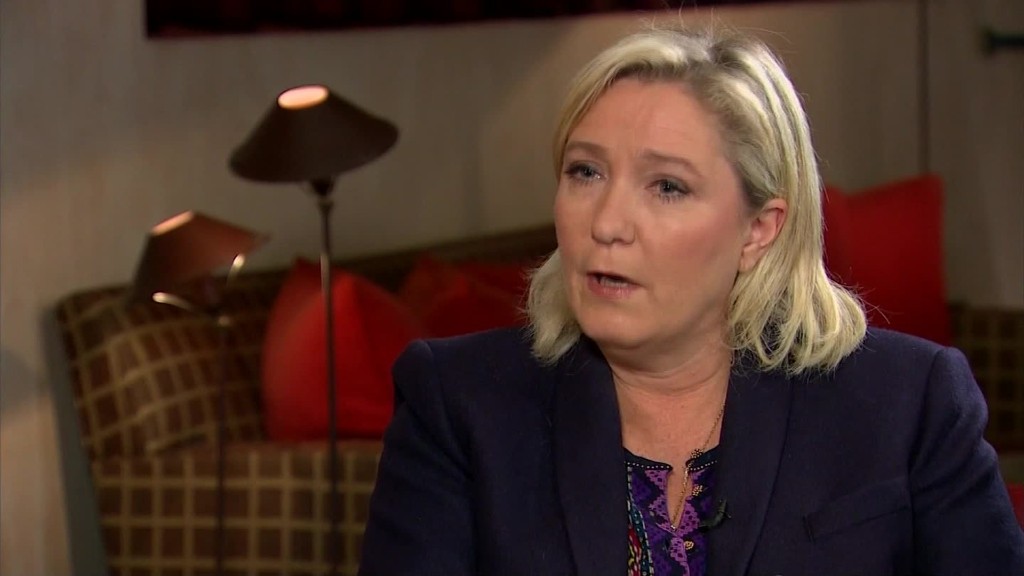 Stock markets have so far mostly remained calm in the face of this existential risk. But there are signs of rising anxiety: The difference in yields on French and German government bonds has widened in recent weeks, suggesting that investors see French debt as an increasingly risky bet.

Still, a runoff between Le Pen and Melenchon is far from guaranteed.

The centrist candidate Emmanuel Macron still sits atop most polls, and the conservative Francois Fillon remains within striking distance. Both back the euro.

There are also structural factors that would restrain a President Le Pen or a President Melenchon.

March 1, 2017 Admin Comments Off on NY Fed president: 'Animal spirits have been unleashed'

April 10, 2017 Admin Comments Off on Wells Fargo claws back $75 million from former CEO and top exec