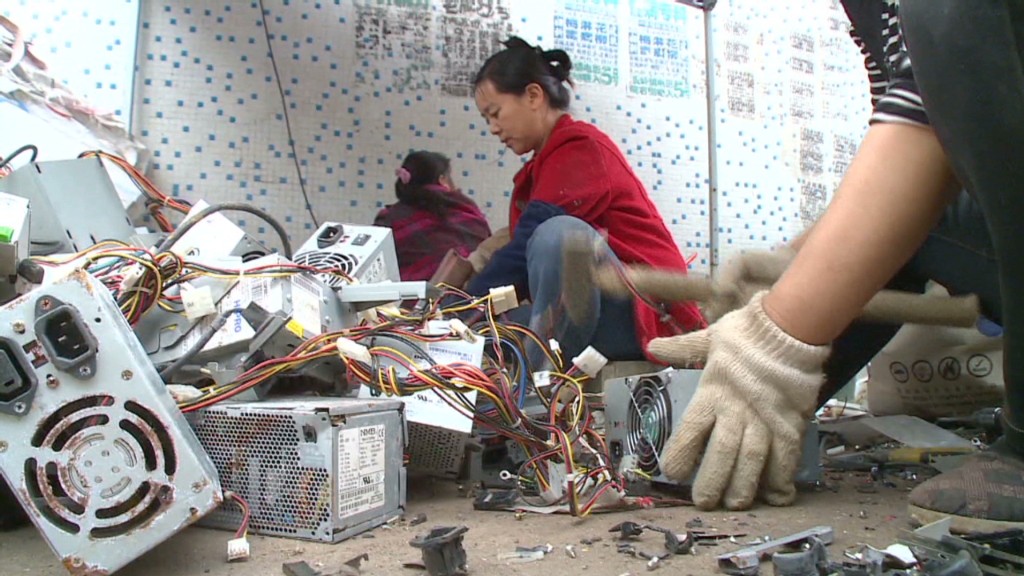 Where cell phones go to die

A growing number of gadgets — and more people who can afford to buy them — has led to a 63% increase in electronic waste in Asia, according to a study from the United Nations University. And that’s only in the past five years.

Phones, computers and other appliances have contributed to 12.3 million tons of e-waste generated across the continent between 2010 and 2015. China alone more than doubled its electronic trash within that time frame.

Shorter lifespans of technology, and therefore the need for replacements, is cited as another reason why e-trash is growing in Asia.

For example, tech products often contain lead and mercury that are toxic to humans and the planet. Meanwhile, the process of burning electronics — which is often conducted by landfills to get rid of clutter — can cause chronic health issues.

“It’s definitely a tipping point,” co-author Ruediger Kuehr of UN University told CNNMoney. “The countries [examined in the study] have to be aware of the issue not only from an environmental point of view but also a business and economic perspective.”

By not recycling electronic equipment, countries are losing resources essential for maintaining production chains in the future, he said.

Although most of Asia’s e-waste comes from its own regions, some is transported from western countries looking to dispose or recycle waste. But according to a two-year investigation from environmental group Basel Action Network, electronics taken to recycling centers in the U.S. often wind up in landfills in countries like Taiwan, China and Thailand.

“Politicians need to put it on political agendas to develop appropriate policies,” he said. “Solid financing, a good collection system and lots of good international cooperation are needed.”