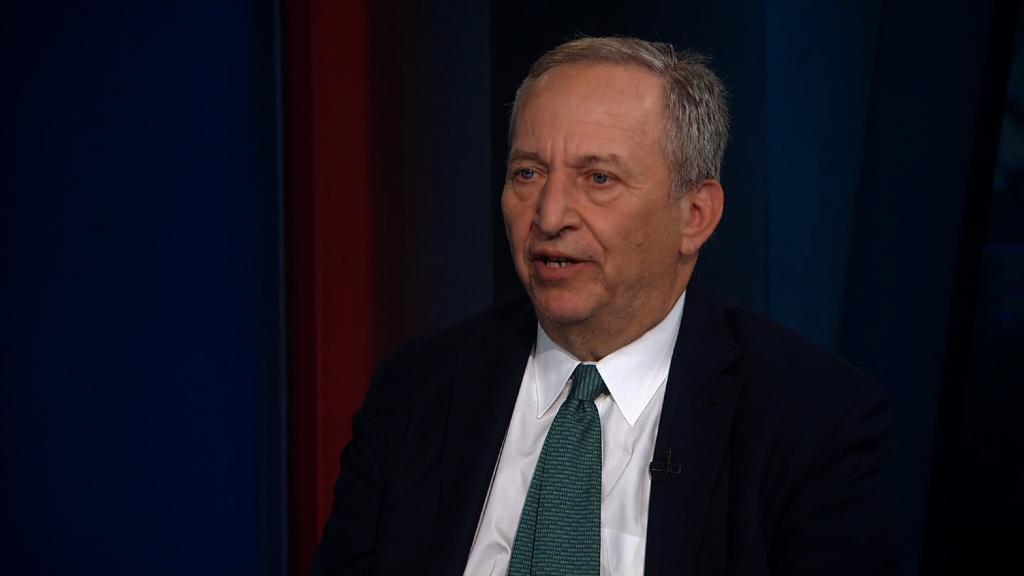 Larry Summers: Trump’s tariffs shoot our economy in the foot

GE(GE) makes jet engines, power plant turbines, trains and other heavy machinery that use plenty of steel and aluminum, the two metals that President Trump plans to target for import tariffs.

Deutsche Bank warned in a report Wednesday that the tariffs will jack up GE’s costs — and GE may not be able to pass those higher prices on to customers.

GE also makes most of its money overseas, leaving it vulnerable if the tariffs start a trade war.

“We believe GE to be among the most at fundamental risk from rapidly rising steel and aluminum prices,” analyst John Inch wrote in the report.

Inch noted that the trade tensions come as GE grapples with a “depressed” power market and “considerable” earnings and cash pressure.

GE shares slumped nearly 3% on Wednesday and are near their lowest since 2010.

In a statement, GE said that reports on the impact of potential steel and aluminum tariffs on its costs are “completely unfounded.”

“Our internal data shows our consumption of imported metals likely to be impacted by the tariffs is minimal,” GE said. “We are monitoring the situation as it develops.”

A GE spokeswoman said that the company’s assessment is based on the Commerce Department’s recommendation of a range of trade actions for Trump. The president has said he wants to impose a 25% tariff on steel imports and a 10% levy on aluminum. A final announcement is expected later this week.

Related: Jack Daniel’s could be ‘unfortunate’ victim of tariffs

GE has long been a champion of free trade. It’s the quintessential multinational company, with operations in more than 180 countries and more than 60% of its sales coming from overseas.

“We disfavor barriers to trade, investment and the movement of people,” GE CEO John Flannery wrote in his annual shareholder released last month.

“GE will continue to be a strong voice in support of free trade and robust international competition,” he wrote.

Deutsche Bank noted that GE produces a wide range of large and expensive equipment made of metals, including steel and aluminum. GE’s jet engines can weigh 9,000 pounds. And large locomotives can weigh more than 400,000 pounds.

Steel is already getting more expensive. Benchmark prices for US-made steel have climbed 5% over the past week to the highest level in nearly six years, according to S&P Global Platts.

Another issue: Some of GE’s rivals make most of their products overseas, giving them a cost advantage.

These competitors could “leverage higher US metals pricing to capture market share,” said Inch, who started recommending that investors sell GE in May 2017, when the stock was nearly twice as high as today.

Rising costs are unlikely to help GE’s effort to sell its rail business, which is mostly based in the United States and uses metals.

Even though the US economy is thriving and the stock market is near record highs, GE has fallen on hard times. Trouble in the power division and years of poor deal-making have sparked a cash crisis that forced GE to halve its dividend last year and lay off thousands of workers.

GE’s financial difficulties have been compounded by a mountain of legal problems, including related to subprime mortgages, aggressive accounting tactics and shareholder lawsuits.

July 5, 2017 Admin Comments Off on Stocks: 5 things to know before the bell

December 4, 2017 Admin Comments Off on Premarket: 6 things to know before the bell