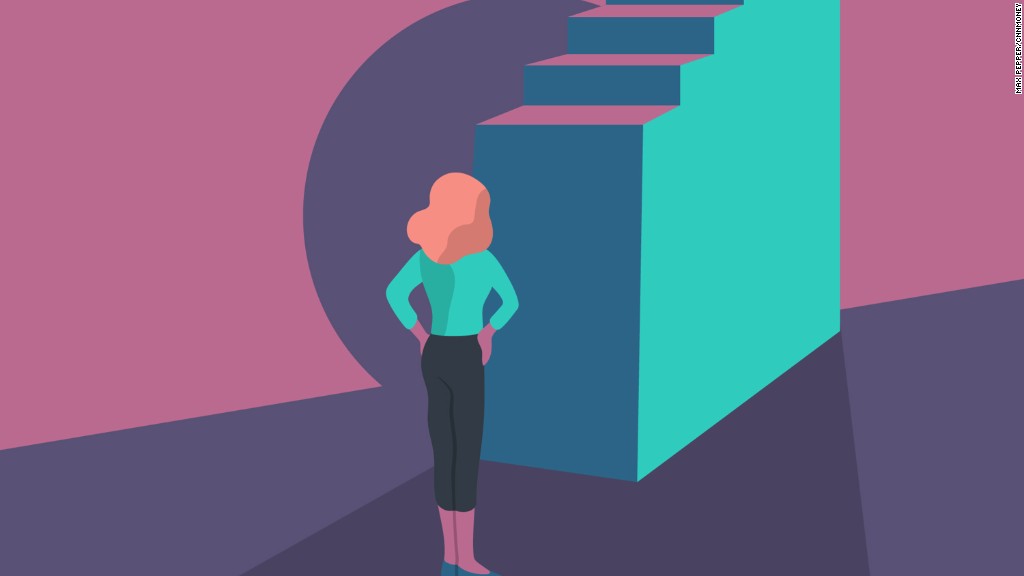 What companies can do to achieve gender parity

Women working for Goldman Sachs in the United Kingdom make 56% less on average than men.

The gender pay gap was published by the investment bank on Friday, along with other compensation statistics. Goldman also said that women receive bonuses that are 72% smaller on average.

The figures are calculated by adding up total pay, for men and women, and dividing by the number of employees.

CEO Lloyd Blankfein and President David Solomon said in a letter to employees that men and women in similar roles at Goldman are paid equally. But they said women are under-represented in senior roles.

“We have made some progress, but we have significant work to do, and we, as leaders of our firm, are committed to doing this critical work,” said Blankfein and Solomon.

Goldman(GS) has set itself the goal of having women make up 50% of its workforce. Blankfein and Solomon wrote that an “important first step” would be to ensure that women make up half of its incoming analyst class by 2021.

The bank said it had also signed the UK Women in Finance Charter, committing the firm to ensuring that women make up at least 30% of positions at vice president level and above by 2023.

Related: Why men need to believe in the wage gap

Gender pay gaps are high on the political agenda in the United Kingdom.

A law that came into force last year requires businesses with 250 or more workers to publish information about their pay gap by early April.

The “name and shame” tactic is designed to force companies to close the distance between men and women. Banks and financial services firms have reported many of the widest gaps.

Related: What happens when women know how much other women make

HSBC(HSBC) said earlier this week that its mean gender pay gap was 59% in 2017.Britain’s biggest bank reported an even bigger gulf for bonuses at 86%.

Women account for 54% of HSBC’s overall workforce in the UK, but just 23% of senior positions.

October 22, 2017 Admin Comments Off on Taser maker tumbles on news of SEC probe