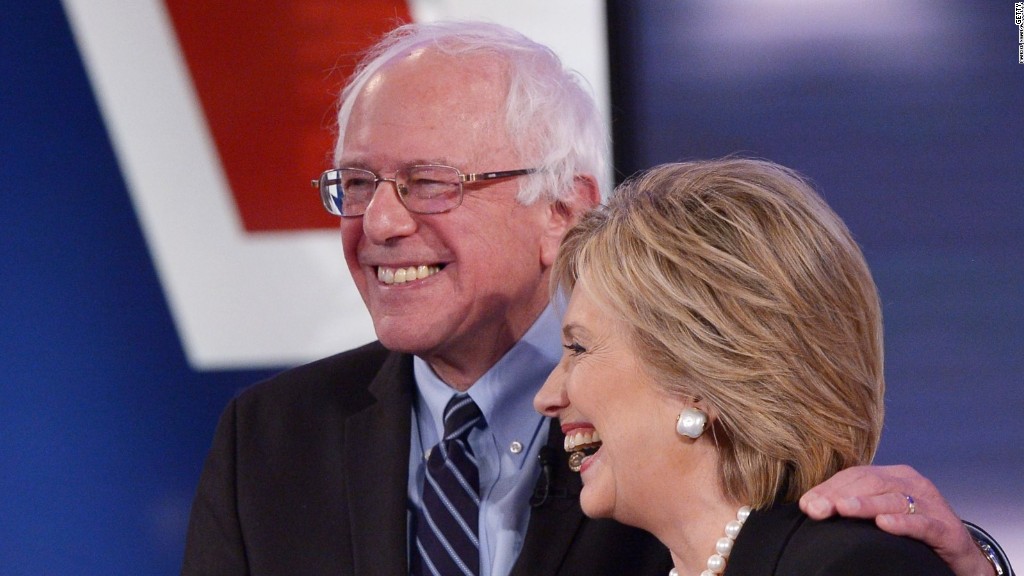 Bernie Sanders doesn’t have much love for billionaires, but one of the most notorious members of the 1% likes him.

“Bernie Sanders, without a doubt” is the best candidate for president, Asher Edelman said on CNBC last week. “From an economic point of view, it’s straightforward.”

It’s an odd endorsement for Sanders, who wants to hike taxes on millionaires and billionaires and is running on a platform to break up big Wall Street banks.

Edelman was one of the main inspirations for the character of the greedy banker Gordon Gekko in the 1987 film “Wall Street.” Gekko’s most famous line in the movie was: “Greed, for lack of a better word, is good.”

That couldn’t be much further from what Sanders stresses in his campaign.

“We will no longer tolerate an economy and a political system that has been rigged by Wall Street to benefit the wealthiest Americans in this country at the expense of everyone else,” Sanders said recently on the campaign trail.

Edelman made his money on Wall Street in the 1980s. He’s been dubbed a “terror” and “shark” in the press. He became one of the best at “corporate raiding,” or buying companies that are in trouble and essentially stripping them apart to sell for spare parts.

He even taught a class at Columbia University on how to take over companies. The textbook was “The Art of War” by ancient Chinese philosopher and general Sun Tzu.

So how did someone like Edelman start to “feel the Bern?”

Related: How Donald Trump could cause a recession

Edelman believes that America’s inequality problem is hurting the economy. Poor people typically spend their money. Sometimes they even spend more money than they have. In contrast, rich people don’t spend much of what they earn.

“As you’ve had a transfer of wealth to the top … you have a shrinking consumer base,” said Edelman.

He also likes Sanders’ plans for the banks.

“Bernie is the only person out there who I think is talking … (about getting) the banks to begin to generate lending again as opposed to speculation,” says Edelman, who left Wall Street in the late 1980s and has since worked as an art dealer in Switzerland and New York.