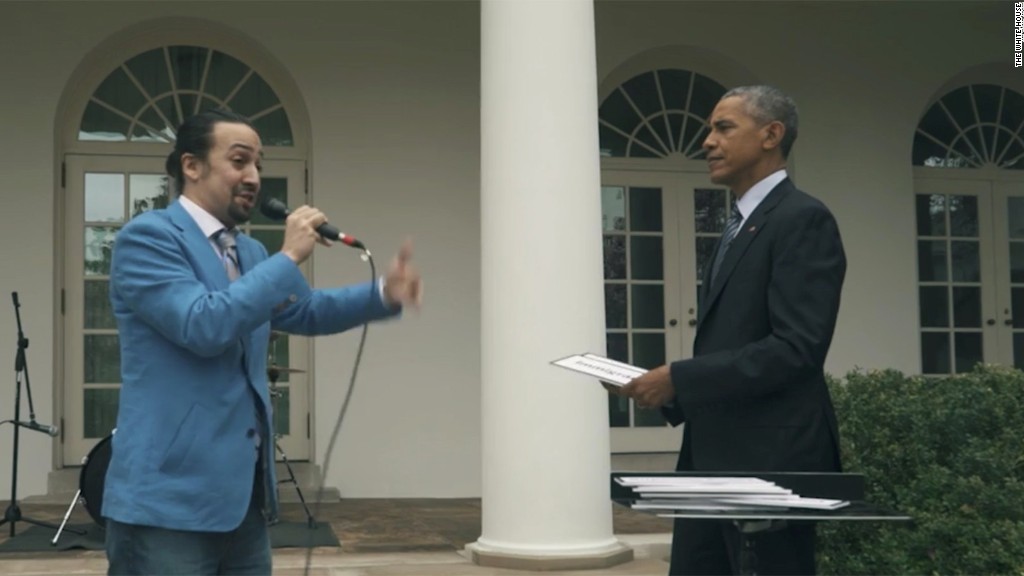 Puerto Rico just got the ultimate lobbyist on its side: Broadway superstar Lin-Manuel Miranda.

Miranda is the creator and star of the Broadway musical sensation “Hamilton.”

“What we need is the ability to restructure and get Puerto Rico out of the hole it’s in,” Miranda said at a press conference.

Puerto Rico is struggling to pay off its $ 72 billion debt burden and get out of a massive economic crisis.

The island’s governor says there’s not enough money to make big payments that are due this summer. He wants Congress to grant Puerto Rico the ability to declare bankruptcy — or something similar — in order to force the island’s bondholders to negotiate (and likely accept less than 100% payment).

“I’m urging Congress. If ‘Hamilton’ tickets will help, I’m happy to do that too,” Miranda said.

It’s notoriously hard to get tickets for the show and Miranda is one of the few people in Washington D.C. beloved by both Republicans and Democrats. Tickets to his show are sold out for months and have become a coveted item among congressional staffers.

Related: Puerto Ricans don’t want a bailout. They want this…

On Monday, Miranda rapped with President Obama at the White House. On Tuesday, he took photos with Republican Senator Orrin Hatch of Utah, one of the key senators working on a plan for Puerto Rico.

Miranda is a New Yorker, but his parents hail from Puerto Rico, and he says he has spent a lot of time on the island.

The situation in Puerto Rico is turning into a humanitarian crisis, Miranda says. The island is delaying payments to businesses to save cash even as it fights the Zika virus outbreak.

On top of the huge debt load, Puerto Rico’s economy has been in the dumps for nearly a decade. About 10% of the island’s population has fled to the mainland U.S. in search of better jobs.

Many Republicans don’t think Puerto Rico should get bankruptcy. House Speaker Paul Ryan promised Congress would do something to help by the end of March.

December 1, 2017 Admin Comments Off on RVs are booming right now

February 6, 2018 Admin Comments Off on Are Trump's tax cuts backfiring on Wall Street?

After political drama at consumer agency, what happens to its open investigations?

November 28, 2017 Admin Comments Off on After political drama at consumer agency, what happens to its open investigations?