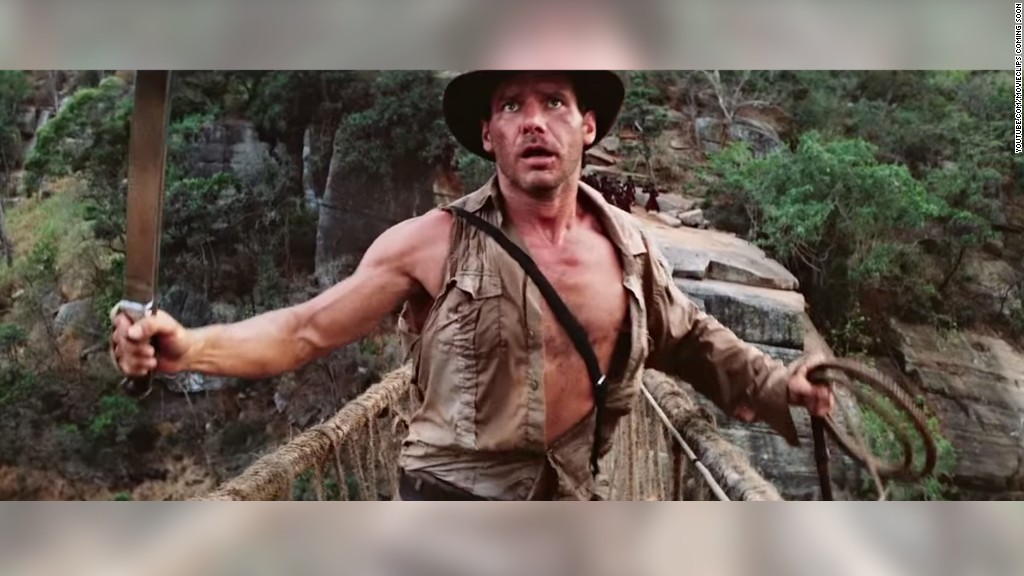 The man in the hat is back!

The film, which will reunite star Harrison Ford with director Steven Spielberg, will whip into theaters on July 19, 2019.

The upcoming movie is still untitled, according to Disney.

Harrison Ford, who has played Dr. Jones since 1981’s “Raiders of the Lost Ark,” will be 77 years old when the film is released.

“Indiana Jones is one of the greatest heroes in cinematic history, and we can’t wait to bring him back to the screen in 2019,” Alan Horn, chairman of the Walt Disney Studios, said in a statement. “It’s rare to have such a perfect combination of director, producers, actor and role, and we couldn’t be more excited to embark on this adventure with Harrison and Steven.”

The “Indiana Jones” franchise is one of the most well-known and popular sagas in Hollywood history, bringing in nearly $ 2 billion worldwide.

The previous film in the series, “Indiana Jones and the Kingdom of the Crystal Skull,” brought in $ 786.6 million worldwide in 2008.

Ford is just coming off his appearance in “Star Wars: The Force Awakens,” where he reprised another of his iconic characters, Han Solo, for Disney.

Social media had a bit of fun with the announcement, given that Ford will be playing the hero at nearly the age of 80.

As for Disney, adding “Indiana Jones 5” to the schedule gives it another potential huge blockbuster, along with “Star Wars: Episode 9” and Marvel’s “Avengers: Infinity War – Part 2” which are also slated to be released in the same year.

The series, alongside “Star Wars,” was obtained by Disney following its $ 4 billion deal to buy Lucasfilm in 2012.

October 1, 2016 Admin Comments Off on Walmart may invest in India's online retail giant