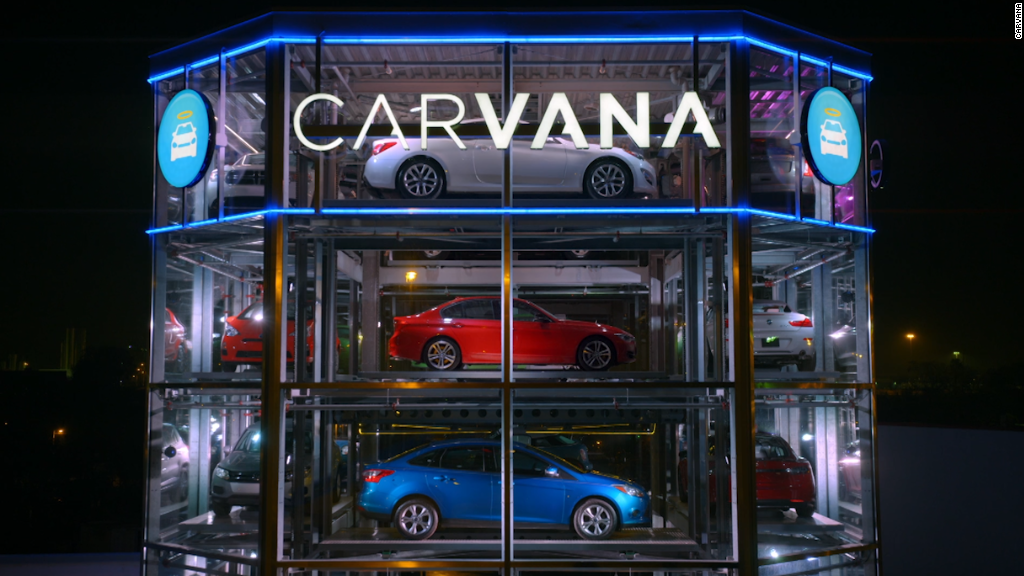 This vending machine spits out cars

American automakers have a lot to lose if China cracks down.

A Chinese state-run newspaper reported this week that regulators will soon fine an unnamed U.S. automaker for “monopolistic behavior.” A separate report from Bloomberg News suggested GM (GM) is the target, which drove down its stock price.

The Chinese newspaper report did not elaborate on the allegations, but China has launched price-fixing investigations into other automakers in recent years and imposed multi-million-dollar fines.

The new threat comes after President-elect Donald Trump rattled China by accepting a congratulatory phone call from the president of Taiwan and questioned the longstanding U.S. position that Taiwan is part of “one China.”

Trump has also threatened to slap tariffs of 45% on Chinese imports to the United States to correct a trade imbalance. Chinese retaliation against American companies is not out of the question.

China is by far the largest auto market in the world, and sales are rising quickly. In all, Chinese consumers bought nearly 24 million vehicles last year, up from about 16 million just six years ago, according to the data providers Euromonitor and JATO.

GM (GM) sales in particular are on a record run there. The company delivered 3.4 million cars in China in the first 11 months of the year, up 8.5% from the same period last year. GM sells more cars to Chinese consumers than Americans.

GM declined comment on the Bloomberg News report. The company said only that it respects local laws everywhere it operates.

GM is not the only American automaker that has a lot at stake in China. Ford (F) sales there have also been on fire. Ford and its Chinese partners have sold more than 1 million vehicles in 2016. Ford sales were up 17% in November compared with last year.

Related: What are the super rich buying right now?

The Chinese market is even more important to American automakers because sales of new cars in the United States have been slowing. U.S. sales have risen every year since 2009, but 2016 sales are expected to be flat or slightly down from last year’s 17.5 million record.

Volkswagen (VLKAY) is the most popular brand in China, with 11% market share, according to data from IHS Markit. Wuling, which has a partnership with GM, is second.

Buick, part of GM, is the sixth most popular car brand in the country, with 4% of the market.

This volcano is turning into a (wireless) hot spot

August 6, 2016 Admin Comments Off on This volcano is turning into a (wireless) hot spot

Chinese President: No one can win a trade war

January 17, 2017 Admin Comments Off on Chinese President: No one can win a trade war