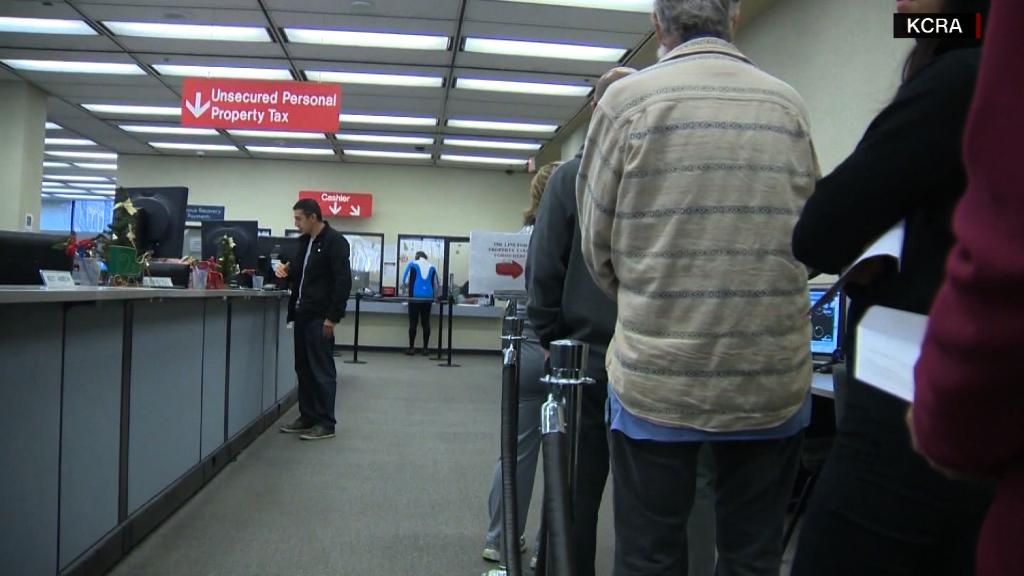 Congress may have finished its tax overhaul last year, but for state governments, the scramble has just begun.

No two states will be effected in the same way, and legislative budget offices across the country now face the daunting task of figuring out what the new law means for their budgets and their citizens’ tax burdens.

The change may reshape the landscape of taxation as states look for new sources of revenue to make upfor expected federal spending cuts, and to do so under a new system that could make raising local taxes more difficult.

“States are figuring out right now what the tax side is going to look like, but they’re not certain what spending from the federal government they’re going to end up getting,” said Kim Rueben, director of the State and Local Finance Initiative at the Urban-Brookings Tax Policy Center. “So it’s going to be another year where a lot of the uncertainty with the economy has to do with the uncertainty in Washington.”

Although state and federal tax laws are separate, state tax systems often adopt parts of the federal system through a process called “conformity.” That means they adjust automatically to changes in certain provisions of the tax code, to reduce administrative complexity.

Even though the new federal law will lower taxes for most filers by doubling the standard deduction, among other provisions, it also broadens how much of a filer’s income is subject to tax because it gets rid of so many itemized deductions. So to the extent a state uses federal taxable income or federal adjusted gross income (AGI) as its base, more of its residents’ income will be subject to state tax.

Related: The great debate: Will corporate tax cuts trickle up or trickle down?

“For most states, they’re going to see some sort of increase in revenue, and they will be deciding how to use that revenue,” said Nicole Kaeding, an economist with the Center for State Tax Policy at the Tax Foundation. “Do they increase their spending, or do they lower their taxes?”

Historically, Kaeding said, states have reacted to federal tax changes like these by cutting taxes, and she expects this time to be no different. Indeed, several states have already moved to “decouple” from the federal tax code.

In the days after the federal tax law passed, Republican Maryland Governor Larry Hogan announced his intention to offer legislation that would prevent the state from collecting about $ 100 million in extra taxes as a result.

However, people who favor stronger government services aren’t so eager to give the money back to taxpayers. States spend about a third of their budgets on education, a third on healthcare and help for the needy, and a third on everything else, from law enforcement to infrastructure. Those budgets took a big hit during the recession and have remained under pressure due to aging demographics and a shift to e-commerce, which has depressed sales tax collections.

Benjamin Orr, executive director of the Maryland Center on Economic Policy, a liberal public policy nonprofit, worries about Congressional Republicans’ plans to follow tax reform with cuts to federal programs — particularly Medicaid — which make up about third of state revenues. Maryland is particularly affected by federal spending reductions because so many federal workers live there, and reductions in headcount at federal agencies headquartered in the state — like the Social Security Administration, Food and Drug Administration, and National Institutes of Health — could be a big hit to employment.

“This one-two punch is why we believe that Governor Hogan’s proposal to cut state revenues is shortsighted,” Orr said. “when what Maryland is actually going to have to do is pick up the slack.”

Similar conversations are playing out in other states. In addition, high-tax states like California, New Jersey and New York are trying to figure out how to mitigate the impact of one of the most controversial changes in the federal tax overhaul, which puts a $ 10,000 cap on the state and local taxes that filers may deduct on their federal returns. That change alone could make it harder for such states to get voter support for higher taxes in the future.

Related: How high-tax states may try to get around the new SALT cap

“My fear is that the tax plan is going to be used as an excuse to not do the things that New Jersey needs to do,” said Jon Whiten, vice president of New Jersey Policy Perspective, a left-leaning non-profit. “If you look down the road, assuming the anti-tax argument wins the day, and we’re constrained in our ability to raise more, the state and local governments will be squeezed at both ends.”

There may be some options for raising new revenue, like raising gas taxes. Corporate taxes are also still fully deductible from state taxes, and since companies will still be paying far less overall, they may not object too strenuously to heftier state taxes.

Meg Wiehe, deputy director of the left-leaning Institute on Taxation and Economic Policy, said she’s noticed a trend over the past year toward more aggressive taxation of companies and high-income people, ever since Kansas backtracked on a high-profile experiment with eliminating taxes on pass-through companies that led to a plunge in revenue.

Despite the challenges posed by the cap on the state and local tax deduction, she still favors boosting individual income taxes as the most stable and predictable way to raise revenue without changing how the economy functions.

“This is an opportunity for lawmakers and advocates to put out a really strong argument for why raising revenue through a personal income tax makes the most sense,” Wiehe said. “The top 1% of their states can certainly afford that, now that they’ve gotten a break through the federal tax changes.”

March 26, 2018 Admin Comments Off on The US and China are in talks to try to avoid a trade war

What aluminum and steel tariffs will mean to you

June 1, 2018 Admin Comments Off on What aluminum and steel tariffs will mean to you

Europe reveals long list of US exports it could hit

March 17, 2018 Admin Comments Off on Europe reveals long list of US exports it could hit