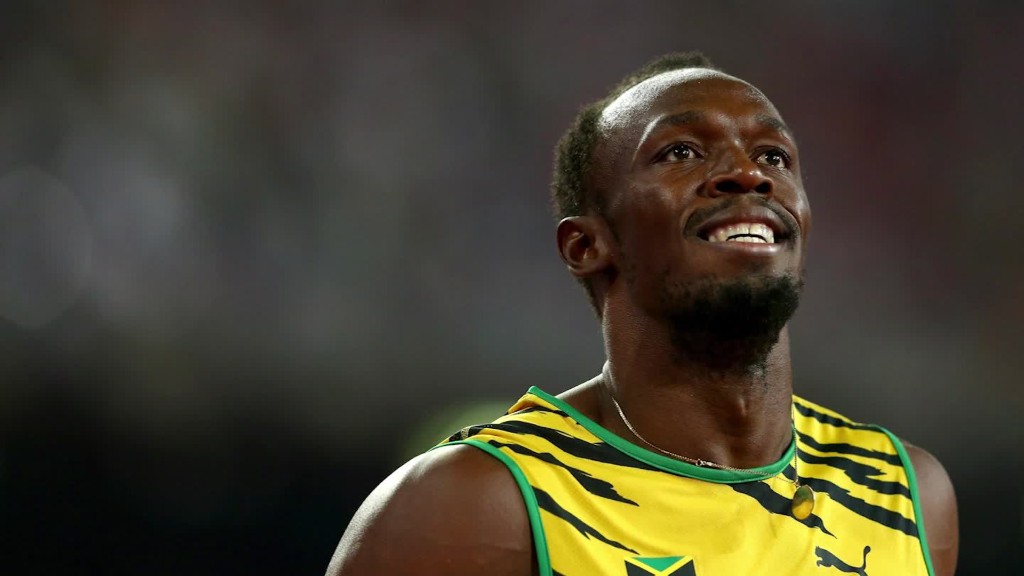 Usain Bolt is more than a veteran Olympic star. He’s a brand — a track and field icon with an international following.

Gatorade named a drink after him. Bolt, known as the fastest man in the world, has trademarked his name and his signature “Lightning Bolt” pose. He even has an emoji.

But in Rio, he competed in what he has said will be his last Olympics.

What’s next for Usain Bolt?

Bolt holds the 100- and 200-meter world records, has been to four Olympics and has nine gold medals to his name.

“We have an incredible roster of great athletes across a number of sports, who resonate in many markets and are each unique in their own way,” Kearney said. “But Usain’s joyful personality paired with his overall dominance in a sport most people can relate to, results in an athlete who provides brands like Gatorade with true global reach.”

His vivacious and engaging demeanor is so appealing to U.S. brands that the Jamaican runner even stars in U.S.-based Olympic ads opposite members of Team USA.

Bolt “has been fantastic for the entertainment value” of the sport, says a USA Track & Field spokesman, in addition to what he’s done for the record books.

“American track & field fans love watching him as much as fans from other countries do.”

Bolt may know his worth, but he also gives back through his Jamaica-based foundation, which aims to help kids.

In 2015, Bolt gave $ 1.3 million to his former high school along with soccer and cricket gear. He’s provided the school with track and field equipment since he signed with Puma in 2002.

He even paid for a $ 4 million renovation to a local health center using the proceeds from a party he threw to celebrate breaking the 100-meter world record.

Bolt made history during Rio as the first Olympian to win gold medals in the 100-meter, 200-meter and 4×100 meter team relay at three consecutive Olympics.

He’s heading into retirement with a bang.

He has an online store where he sells sporting goods and Usain Bolt-branded gear and he recently announced the launch of his company, Champion Shave, which sells 6-blade razors at discounted prices.

August 27, 2016 Admin Comments Off on Yahoo employees unsure about their future

Ikea to sell rugs made by Syrian refugees

February 1, 2017 Admin Comments Off on Ikea to sell rugs made by Syrian refugees