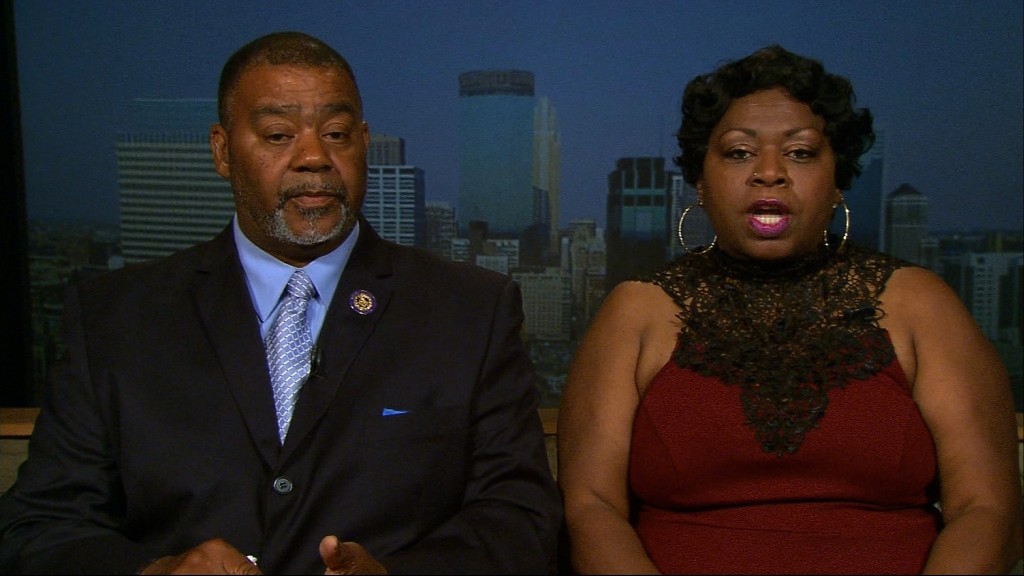 Shooting victim’s mom: He was black and in wrong place

As a black man and Cincinnati’s Chief of Police, Eliot Isaac lives at the center of two worlds that have collided in recent weeks after the killings of two black men at the hands of police and the fatal attacks on several police officers in Dallas and Baton Rouge, Louisiana.

“I was an African-American man before I was a police officer so I identify with some of the concerns,” Isaac told CNNMoney. “But I also wear the hat of a police officer and a police chief. I see the need for reforms in policing and the dialogue that needs to take place around the issues.”

Isaac and his officers are patrolling downtown Cincinnati this week, where the NAACP is hosting its annual convention.

Given the tragic events of the past two weeks, criminal justice has been a key topic at the event. Democratic presidential candidate Hillary Clinton helped kick things off Monday by calling for better data collection and improved investigations of fatal police shootings and other encounters.

Clinton said the recent deaths of Alton Sterling and Philando Castile drove home the urgent need for police reform in America. “Many African-Americans fear police,” Clinton said. “I hear you.”

According to data from the Washington Post, blacks are 2.5 times as likely as whites to be shot and killed by police.

Isaac said part of the reason he became a police officer was because of the negative experiences he had with police prior to joining the force. “There are many of us who are working on the inside to try and make some changes,” Isaac said. “And we have chosen this profession because we want to see a change and we want to ultimately make a difference.”

After five police officers were shot and killed during a Black Lives Matter protest in Dallas, Dr. Brian H. Williams, a black trauma surgeon who treated the police officers, told CNN that he both respected and feared police.

“I work with (law enforcement) on a daily basis; they’re my colleagues, they’re my friends, and I respect what they do. But I also understand how men like me can fear and distrust officers in uniform,” Williams said.

Related: Dallas trauma surgeon: ‘This killing. It has to stop.’

Isaac said he understood Williams’ conflict. “People are mourning from a lot of different perspectives,” Isaac said. “The community is mourning for loss of life of young men in the community, law enforcement are mourning the loss of loved ones in Dallas and Baton Rouge, but also as African-Americans we mourn the loss of all of those lives.”

Montrell Jackson, one of three police officers who were shot and killed in Baton Rouge on Sunday, shared similar sentiments in a Facebook post just days before his death that Clinton and others shared at the NAACP event. “In uniform I get nasty hateful looks and out of uniform some consider me a threat,” Jackson wrote. “These are trying times. Please don’t let hate infect your heart,” he wrote.

While Isaac said he understands that there are inherent risks involved with being a police officer, he called the open attacks on officers “very concerning.”

“We don’t want to see any loss of life unnecessarily,” he said. “That is something that needs to be taken very seriously.”

To create change, officers need training that is centered around the biases “that we all have,” he said, including both implicit and explicit biases. In addition, he said standardizing the way investigations are conducted by offering the public information quickly, making the process transparent and holding police officers “accountable for their actions in a way that private citizens are” would also help.

Body cameras are one approach that police departments across the country have started implementing, though civil rights groups claim that the cameras could pose privacy risks and may not stop police brutality.

Isaac said he believes the cameras, which Cincinnati will implement in August, may not solve all of the issues between police and the communities they serve, they were “a step in the right direction.”

No deal? A messy Brexit would cost U.K. families $345 a year

NAFTA is close to falling apart with time running out

January 22, 2018 Admin Comments Off on NAFTA is close to falling apart with time running out