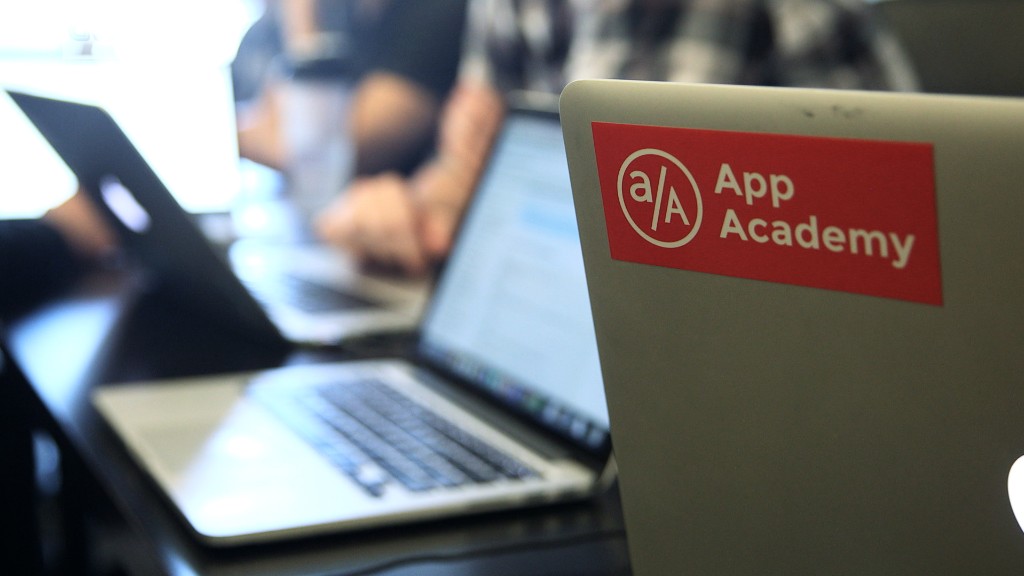 Rodriguez’s parents divorced when he was five, leaving his mother Sharmaine to raise three kids on her own in one of America’s most distressed and dangerous cities. To pay the bills, “she worked all day” and held down multiple jobs, he said.

Before they moved into a bigger place two years ago, the family lived in a cramped two-bedroom apartment in a rough neighborhood. Rodriguez kept his belongings in plastic bins stacked in the hallway and slept on the couch or the floor.

“We had bullet holes in our front door,” he said. “When you live in an environment like that, you tend to just ignore it. Only then can you work to pursue something better.”

For Rodriguez, 20, that’s exactly what he did.

Last summer, he began a three-month training program with Hopeworks ‘N Camden, a not-for-profit organization that teaches Camden’s young adults tech and other career skills to help them attain a college degree, land a job or build their own business.

Rodriquez had graduated from Camden County Technical Schoolwith a major in graphic design in 2016. He wanted to make a career out it and was looking for an internship as a starting point. That’s when he found Hopeworks’ program online.

Related: She built a $ 2 million company while raising 14 kids

The training program taught him skills in coding, web design and development, as well as interviewing and other “real life” job skills. After he completed the program, he was offered a six-month internship in Hopeworks’ Web Design unit.

Many of Hopeworks’ graduates are offered internships paying $ 10 to $ 15 an hour at one of its three businesses: Web Design, Geographic Information Systems or Salesforce. The organization also helps to place other participants in paid internships with local businesses.

The experience sometimes leads to permanent jobs — and often a better future.

Rodriguez, who just finished his internship last week, has already launched his own freelance design firm BICRV and has worked with a handful of clients. His first was a local business called Peace of Cake bakery. He’s designing the bakery’s web site, logo, menus and marketing materials while he also pursues an undergrad degree in graphic design at The University of The Arts in Philadelphia.

The two sides to Camden

More than 2,200 young people from Camden and nearby areas have gone through Hopeworks’ program since it first began 18 years ago.

“In the last year, over 85% of them have successfully earned paid work with Hopeworks,” said Dan Rhoton, Hopeworks’ executive director. He said participants who have found other full-time jobs are earning an average of more than $ 35,000 a year.

“There are two sides to Camden. The first is what you see in the news. We have a lot of crime, poverty and unemployment,” said Rhoton.The city has close to 10% unemployment, more than double the national unemployment rate of 4.1%.“The other side to Camden, the reality we like to focus on, is the more than 45% of the population under the age of 25.”

The majority of Hopeworks’ trainees are Latino and African-American and between the ages of 17 and 25, he said.

“These are young people whose personal lives, education experiences and housing situations are filled with upheaval and uncertainty,” said Rhoton. “Most left high school without graduating because they see no hope for their future. It’s a common story in Camden.”

Aronson said Hopeworks’ trainees are uniquely primed to be entrepreneurs. “Entrepreneurs need to be able to overcome hardship and adversity. Many of our young people have been doing that from a young age, preparing them for the rollercoaster ride of entrepreneurship,” he said.

Caloua Lowe, 19, moved to Camden County when she was in elementary school. “My parents were teenagers when they had me, so it was a struggle,” she said.

Problems at home caused Lowe to have trouble at school. “School was my thing, but then my grades slipped,” she said.

Lowe discovered Hopeworks through Twitterin 2016. “I liked that it offered a learning program through which you could earn money,” she said, noting the $ 750 stipend participants receive.

Lowe enrolled in Hopeworks last fall, right around the time her father went to jail for a parole violation. She honed her graphic design skills and “also learned about personal accountability and how to network because you never know who you might meet who could help you in the future,” she said.

She has since launched a freelance business, Zhane Designs, designing book covers, business cards, logos and brochures for her clients. This fall, she’ll begin at Camden County College to major in web design and development.

“A lot of youth in Camden don’t have direction. They don’t know anyone who cares about their future. This is why a program like Hopeworks is essential to our community,” she said.

May 3, 2017 Admin Comments Off on Venezuelans are losing weight amid food shortages

Brexit promises: How many will be broken?

March 29, 2017 Admin Comments Off on Brexit promises: How many will be broken?