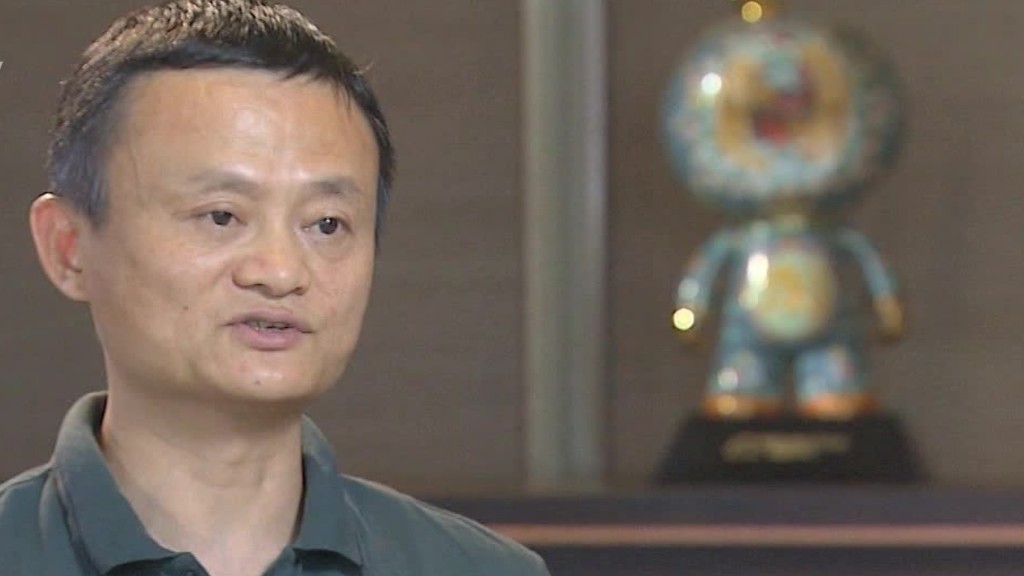 Jack Ma has a warning for those who see globalization as a problem: When trade stops, wars can follow.

“We should keep on going along the path of globalization,” Ma said Friday in Hangzhou, China. “Globalization is good… when trade stops, war comes.”

The executive chairman of Alibaba (BABA, Tech30) said he hopes the anti-globalization fervor that currently grips much of the world will ease after U.S. elections in November. China, in particular, has been a target of heated rhetoric.

“Every time there’s an election, people start to criticize China. They criticize this, they criticize that,” Ma told CNN’s Andrew Stevens. “[But] how can you stop global trade? How can you build a wall to stop the trade?”

G20 leaders are preparing to meet this weekend in Hangzhou, the city where Ma founded his e-commerce giant in 1999. Trade — and globalization — are likely to be major topics of discussion.

For his part, the 52-year-old Ma believes that globalization hasn’t gone far enough. He said international trade must now be improved so that more people can enjoy its benefits.

Ma is hoping to pitch G20 leaders on an electronic world trade platform, or e-WTP, that would help small businesses expand their customer base globally, the way multinational corporations have been able to. It would also help eliminate tariffs, inspections and other red tape that can trip up mom and pop shops.

“We need solutions for young people to leverage the technology we have, so they can buy anywhere, sell anywhere, trade anywhere,” he said. “If you want to get involved, just join.”

The first G20 summit was held in 2008. The annual confab of the world’s 20 largest economies has a mixed record on producing meaningful policy results, but Ma said the summit is a “great opportunity” for politicians to listen to business leaders.

“Every government says they love small businesses but what have they done for them?” Ma asked. “We should pull down all the barriers.”

In Arizona, the mandated use of E-Verify has had mixed results

February 28, 2017 Admin Comments Off on In Arizona, the mandated use of E-Verify has had mixed results