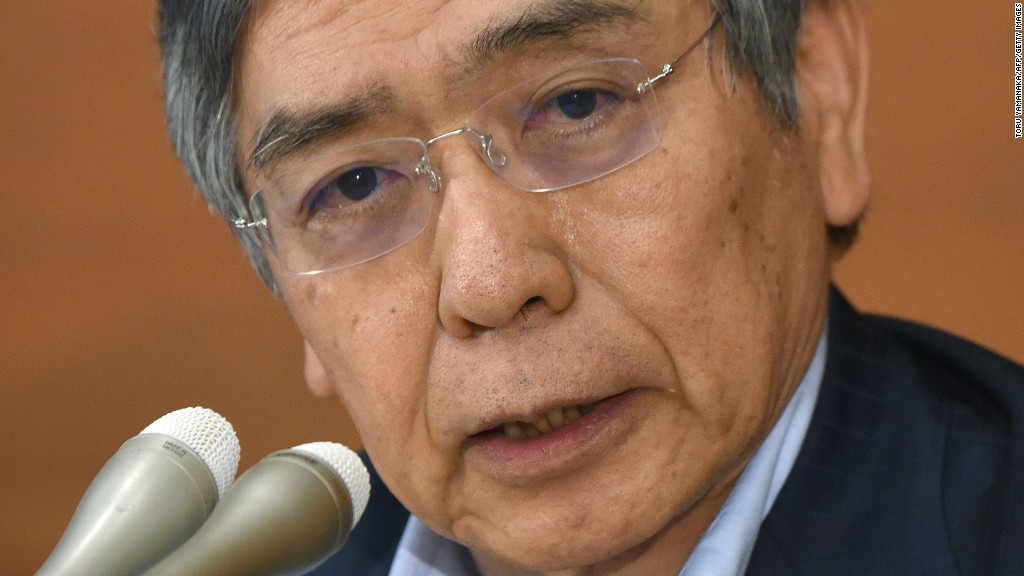 Japan is enjoying its longest run of economic growth in more than a decade.

The world’s third largest economy expanded 2.2% in the first three monthsof the year, according to official data Thursday, up from 1.4% in the previous quarter.

It’s the fifth quarter of growth in a row for Japan, the country’s longest winning streak since 2006.

The latest numbers confirm that “the Japanese economy remains on solid footing,” Naohiko Baba, chief Japan economist at Goldman Sachs, said in a research note. A pickup in spending by consumers and a rise in exports helped drive the growth.

Prime Minister Shinzo Abe has been trying for the past four years to fire up the Japanese economy through an ambitious set of policies dubbed “Abenomics.”

The country has struggled for decades with sluggish growth and falling prices.

The central bank has gone to extreme lengths to juice up the economy, buying huge amounts of Japanese government bonds and taking a key interest rate into negative territory.

Toshiba: Fall of a Japanese icon

Related: Japan fires back at Trump over currency criticism

But despite all those efforts, the economy still faces difficulties.

Japanese workers’ wages are increasing sluggishly, and inflation is still far below the Bank of Japan’s target.

Economic growth is expected to slow in the second half of 2017, according to Marcel Thieliant, senior Japan economist at Capital Economics.

Analysts at Nomura also questioned whether export growth will continue, pointing to signs of weakness in other economies, especially the U.S. and China.

Many Japanese companies have been benefiting from the yen’s declines against the dollar in the months since President Trump’s election victory. A weaker yen helps exporters by making goods produced in Japan cheaper overseas.

But if the dollar’s recent slide continues, Japanese firms could lose that advantage, returning to the difficulties they faced for much of last year.

January 30, 2018 Admin Comments Off on Premarket: 7 things to know before the bell

July 12, 2018 Admin Comments Off on Premarket: 6 things to know before the bell