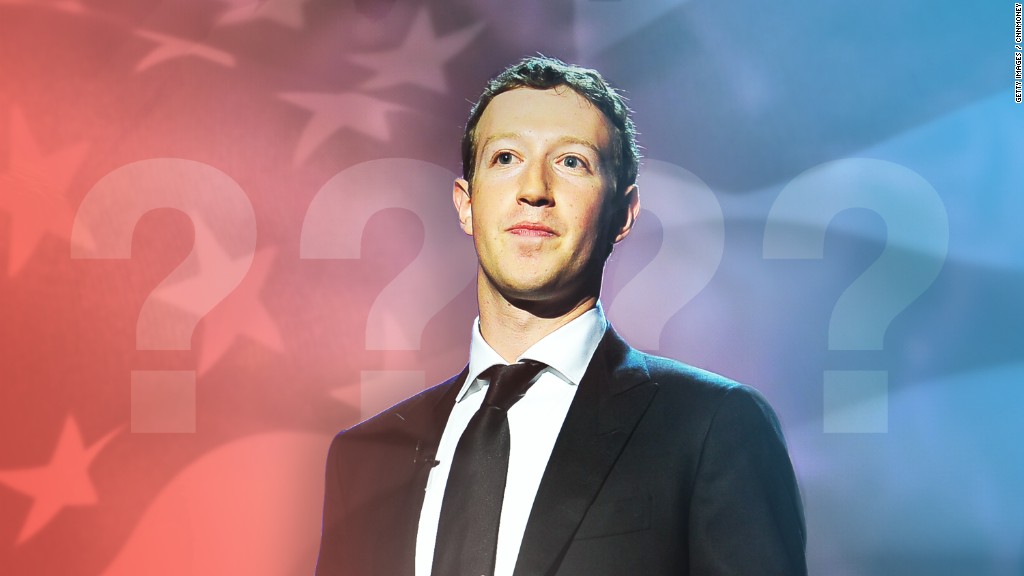 Zuckerberg’s commencement speech sounds a lot like a campaign speech

“We should explore ideas like universal basic income to make sure that everyone has a cushion to try new ideas,” Zuckerberg said at his Harvard commencement address Thursday.

So, what exactly is it?

It’s a concept that’s getting a lot of attention, especially in Silicon Valley. A country that has universal basic income guarantees every person a set minimum income regardless of criteria — age, wealth, job status, hometown, family size, etc.

That means everyone gets a paycheck, whether they have a job or not.

However, the countries actually experimenting with the concept, Canada and Finland, aren’t embracing the universal nature of it. So far, they’re only giving guaranteed income to residents who were were either recently on unemployment benefits or are low income.

Related: US economy grows only 1.2% in first quarter

Proponents say the aim is to give workers greater financial security as concerns rise about machines taking away jobs. It’s also intended to alleviate income inequality.

Critics say the idea has good intentions but it doesn’t solve bigger problems related to abysmal wage growth in recent decades. They also say it challenges the notion that you need to work to earn money.

“It’s a misguided mission,” says Lawrence Mishel, president of the Economic Policy Institute, a nonpartisan research center. “It’s a tech CEO view of the world that I think is distorted.”

Countries are experimenting with UBI in varying degrees.

Starting this year, Finland is giving out a guaranteed monthly income of nearly $ 600 to 2,000 citizens. The citizens were randomly selected but had to have received unemployment benefits or an income subsidy. The money they are paid isn’t taxed. It’s a two-year program that could be expanded nationwide depending on the results.

Canada’s province of Ontario, which includes Toronto, started a pilot program in April that provides 4,000 citizens with an unconditional income of about $ 12,600 a year. Applicants must be between ages 18 and 64 and living on a limited income.

But there are plenty of skeptics. Voters in Switzerland shot down a referendum last year to provide a basic income to citizens.

Could the US ever implement a system of universal basic income? It looks highly unlikely.

Experts argue that a UBI program and the costs associated with it could put other US safety net programs — social security, Medicaid, Medicare, Pell grants for low-income college students — at risk.

The US is also going in the opposite direction on similar programs like unemployment insurance. Some states, like Florida and North Carolina, have reduced those benefits to 13 and 12 weeks respectively, down from the typical 26 weeks paid out by most states.

December 13, 2016 Admin Comments Off on Trump's health secretary pick has long record of service – to doctors