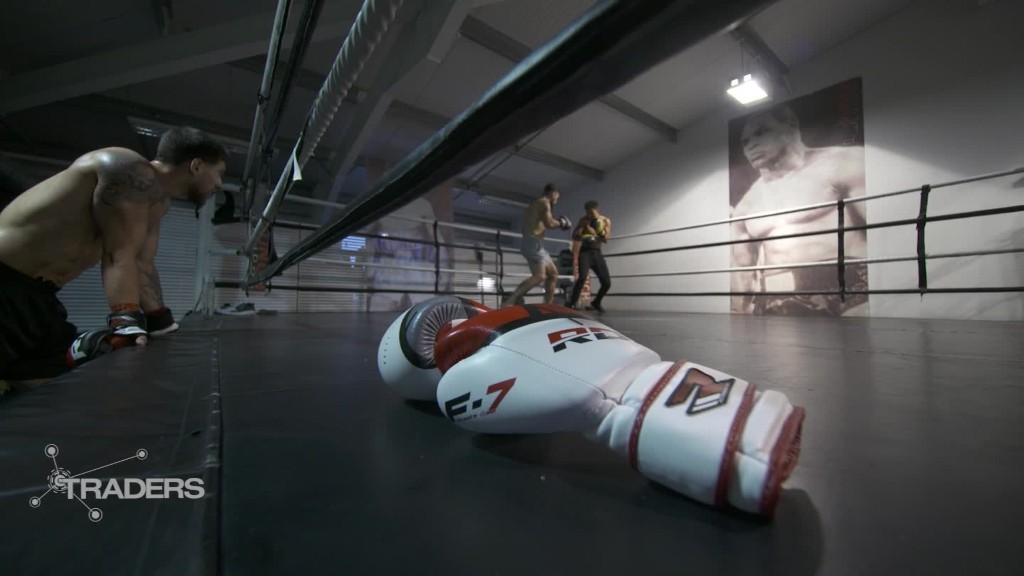 A new contender for the sports apparel crown

Mike Tyson’s financial collapse was as ferocious as his style of boxing.

After earning more than $ 300 million over his legendary career, the former heavyweight champion filed for bankruptcy in 2003, and later went to jail for cocaine problems. It would take more than a decade, and a trip through rehab, before Iron Mike would escape bankruptcy.

“I didn’t think I’d make it through my thirties,” Tyson said last week during the SALT Conference, a Las Vegas event that attracts big names in money, politics and sports.

“My thirties were scary, weren’t they?” the 50-year-old former boxer said to nervous laughter from the audience.

The controversial former boxer said he was never “crazy” about money, but admitted he “went crazy with it.” Tyson has said he squandered his fortune on jewelry, prostitutes, mansions and cars.

He isn’t making a fortune like he once did, but he is making money by putting on a show at the MGM in Las Vegas and through a book coming out soon.

“I plan on keeping it this time,” said Tyson.

Tyson insists that thanks to his wife Kiki and support from friends, his life is back on track. He sounds determined to stay out of trouble, both financial and criminal.

“We made it out of our hellhole,” Tyson said to applause from the crowd. “I just knew it was time to grow up. It was time to be a man. Time to be present in your children’s lives.”

Tyson explained that it took a “whole deal of rehabs and institutions” before he could turn his life around.

Tyson grew up in the ghetto and had a fractured home life. After becoming the youngest heavyweight champion ever at just 20 years old in 1986, Tyson was sent to prison for three years following a 1992 rape conviction.

Tyson enjoyed incredible success in the 1990s and his relentless fighting style earned him millions of fans. But Tyson also earned public scorn for, among other things, infamously biting off a chunk of Evander Holyfield’s ear in a 1997 fight.

When Tyson filed for bankruptcy in 2003, he reportedly had $ 23 million in debt. It was a stunning admission given his blockbuster career.

Looking back on it, Tyson admits he became accustomed to receiving fat checks and was taken advantage of by those around him.

“I can’t even call them leeches. That’s too decent of a word to call them,” Tyson said.

Tyson’s comeback was punctuated in the public eye by his memorable appearance in the blockbuster comedy the Hangover in 2009 and then the sequel two years later.

Today, Tyson is spending time with his family, mentoring young boxers and doing a one-man play based on his life at the MGM in Las Vegas called Undisputed Truth. He also has a new book coming out about his time working with legendary trainer Cus D’Amato.

Jim Gray, a sportscaster who became close with Tyson and interviewed him at SALT, said Tyson has become “beloved” again and today is one of our “national treasures.”

Tyson joked that when fans see him they “want to take pictures of me biting their ear.” He added, “We charge $ 200.”

But Tyson did display some of the discipline that was sorely missing during his downfall.

Asked twice who he would have liked to have hit outside the ring, Tyson refused to take the bait.

“I’ll take the fifth on that,” he said with a smile.

The worst may be over for Snapchat: Even a short seller likes it

June 2, 2018 Admin Comments Off on The worst may be over for Snapchat: Even a short seller likes it