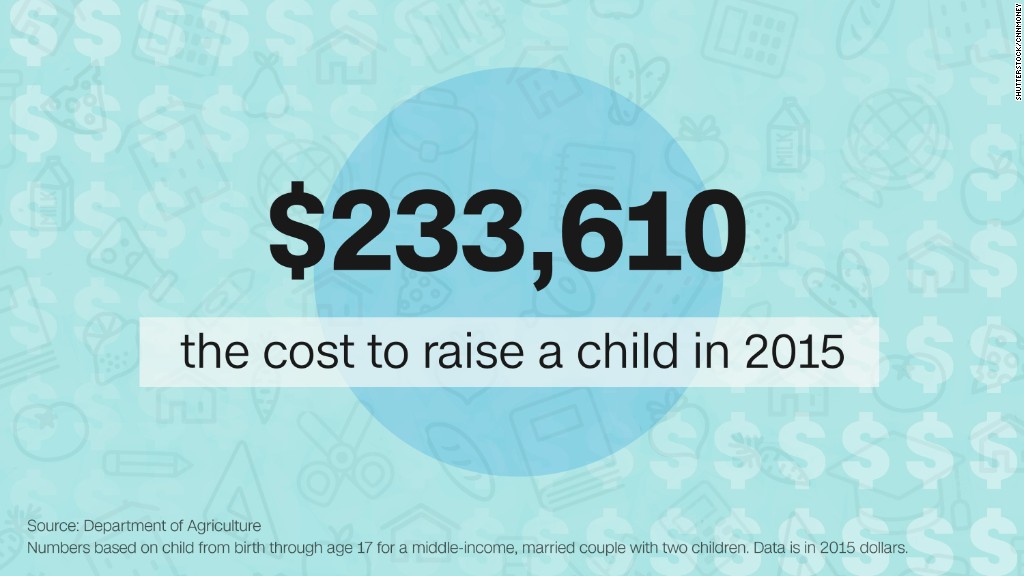 Debra Major has never missed a payment on her student loans, but it will take her two years longer to pay them off than she expected.

After an 18-year career working for the post office, Major went back to school to become a teacher. She missed being around children after her own seven kids grew up. A master’s degree allowed her to become a kindergarten teacher at a public elementary school in Kansas.

Her plan was to work until the age of 62 and then retireto Cape Hatteras, North Carolina,where her family has often spent their summers. But in 2014,Major received a letter from the company servicing her student loans that changed her future.

It said it would take her one year and 11 months longer to pay off her debt than she was previously told.

Major panicked andcalled the company, FedLoan Servicing, which is contracted by the government to service federal student loans. But she was told the new calculation was correct.

“I literally cried,” Major told CNNMoney. “I said, ‘You don’t understand. You’re telling a 57-year-old woman that her retirement date is out the window.'”

Major said she still doesn’t know the real reason for the change.

“I’ll never forget what they told me: ‘We’ll cross that bridge when we get to it,'” she said.

FedLoan Servicing referred questions from CNNMoney to the Department of Education. A Department spokesman did not comment because of ongoing litigation regarding the repayment program Major is enrolled in, the Public Service Loan Forgiveness program.

The trouble started for Major when she decided to switch into the program, which promises to wipe away remaining student debt for government and non-profit workers after they’ve made 10 years of payments.

It sounded like a good deal for Major, and for many other workers who are in lower-paying jobs and are struggling to make their student loan payments. The program also lowers payments by capping them at portion of a borrower’s income.

Related: 7 ways to pay for college

But dozens of people have told CNNMoney that the process is maddeningly complex. Not all federal loans qualify. And certain payments made prior to signing up might not count toward the 10 years of qualifying payments. The Consumer Financial Protection Bureau has received complaints from borrowers who say they find out they’re not enrolled in the program after making years of payments they thought qualified.

It might be a headache worth suffering to ultimately see your debt forgiven, but Major says FedLoan Servicing makes it harder than it has to be. It’s the only company contracted to handle loans in the public service loan forgiveness program.

“I don’t think they sit on the phone and think ‘I’m gonna get this next person.’ But it’s a poorly equipped program that leaves the consumer holding the bag,” Major said.

In the back of some borrowers’ minds is a worry that the loan forgiveness won’t ever come. In an ongoing lawsuit, four lawyers have sued the government, claiming they were misled into believing they qualified for the loan forgiveness program, but that the Department of Education later said they did not.

Major has lost trust in FedLoan Servicing for a few reasons.For one thing, she says the company keeps pushing back the date when she’s finished making payments. Not only did her original certification letter state the wrong number of remaining payments, it wasn’t corrected until six months later.

Second, the company once sent copies of her tax return and pay stubs to the wrong person. FedLoan Servicing later covered the cost of her credit monitoring.

Third, Major has lost out on qualifying payments while her annual reapplication is processed. Each year, borrowers need to submit updated information about their income and employer to stay in the program.

The CFPB has also received complaints that this process can take months and that during that time, payments made don’t count toward meeting their loan forgiveness requirement. The 10-year clock essentially stops while paperwork is being processed processed.

Under President Obama, the Department of Education was working to address the complaints. It planned to revamp the system and create a single student loan servicing platform. But in April, Education Secretary DeVos halted those efforts. She said they involved a “myriad of moving deadlines, changing requirements and a lack of consistent objectives.”

A spokesman for the department said on Friday that officials are taking a look at the servicing contracts.

“Revisiting this procurement affords us a significant opportunity to improve outcomes and experiences for federal student loan borrowers, including the highest quality customer service and increased accountability, while also limiting the cost to taxpayers,” he said.

No details could be provided legally at this time, he said, because of the ongoing procurement process.

Major is considering hiring an attorney to handle her future annual reapplication forms.

She doesn’t want to get out of paying back her loans and doesn’t regret going back to school. But she would like FedLoan Servicing to honor the number of payments the first letter said she owed.

“I want them to own up to their mistakes. I teach my kindergarten class to do that,” Major said.

How much guaranteed retirement income do you need?

September 2, 2016 Admin Comments Off on How much guaranteed retirement income do you need?

The best way to get guaranteed income in retirement

April 27, 2017 Admin Comments Off on The best way to get guaranteed income in retirement