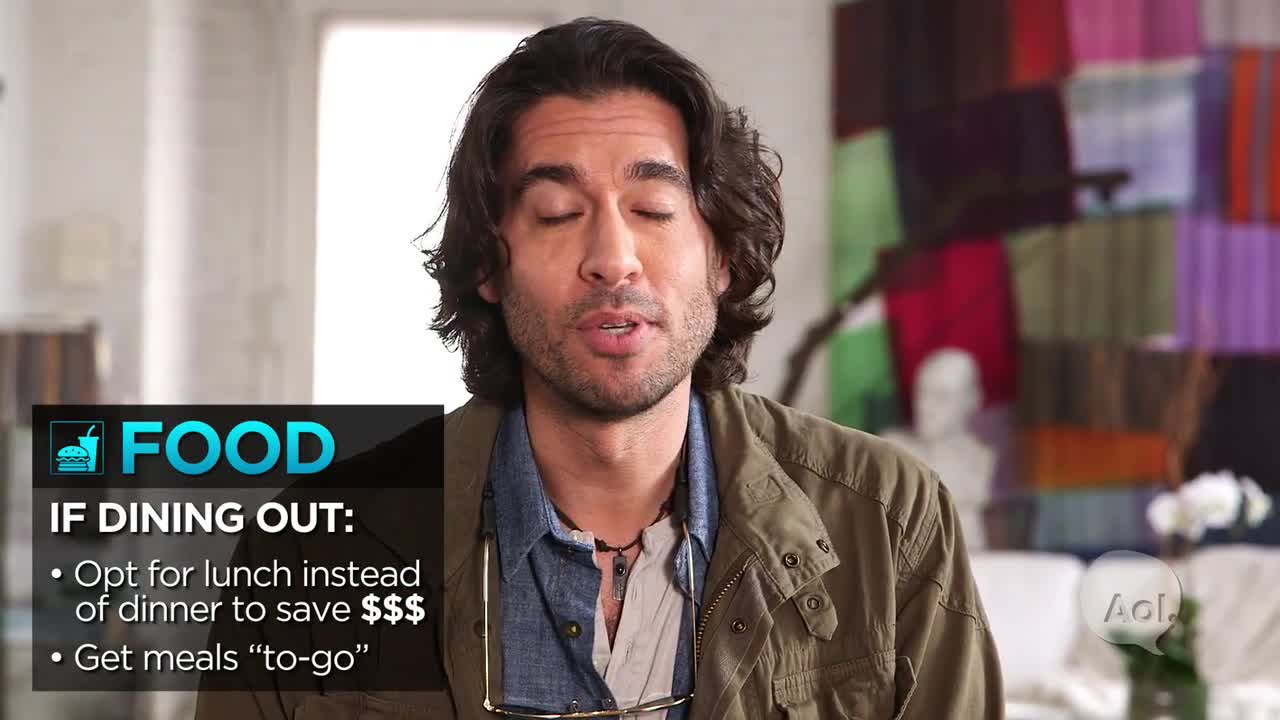 Summer’s always a great time for a road trip, but with rising gas prices and the cost of other necessities, it can get expensive. Here are a few easy tips to help you plan your trip, and stretch your dollars.

Before you hit the road, always give your car a good tune up to avoid breakdowns and increase gas mileage. Check all the fluids, inspect belts and hoses for cracks and excessive wear, and make sure your tires are aligned, properly inflated and have adequate tread.

Food is expensive on the road, so always pack your own meals if possible. But if you have to dine out, always try to do lunch instead of dinner. Lunch menus are typically cheaper and if you stick with counter service only, you won’t have to spend an extra 15 to 20 percent more on tips.

If you’re going to be driving cross-country, consider getting a AAA membership if you haven’t got one already. The last thing you want is to be stranded in an unfamiliar place due to car trouble. With AAA you’ll get roadside assistance, hotel discounts and even towing services, depending on your membership level. It’s an investment, but it could potentially save you hundreds of dollars, not to mention precious time on your trip.

Lastly, if you’re going to be staying at hotels, try to book them at least 30 days in advance. Rates can fluctuate, and sales typically occur about one month before their high-traffic periods.

These are just a few savings tips to get you started — with a little planning and preparation, you’ll be hitting the open road, without the big spending.

Albuquerque is WalletHub’s 10th best city for a budget-friendly vacation.

Any trip to the desert is certainly not complete without a ride in a hot air balloon over the Rio Grande Valley. Or if you prefer an activity closer to the ground, there are more than 60 well-established hiking trails crossing more than 150 miles in the Sandia Mountains.

Looking for a place to stay? The Hotel Andaluz features Andalusian architecture throughout the property, built in 1939 by Conrad Hilton (yes that Hilton) It was the fourth Hilton hotel ever built. The downtown boutique hotel also has a rooftop bar to take in the gorgeous New Mexico sunsets.

Los Angeles may be a lot of things, but boring it isn’t. Whereas other parts of the country see summer temperatures rise into the 90s and possibly over 100 degrees, L.A.’s average temperature in July is 71 degrees, perfect weather as far as we’re concerned.

First, no trip to LA is complete without a walk down Hollywood’s Walk of Fame or on a bus tour of Beverly Hills, Mulholland Drive, Bel Air and others to see your favorite celebrities’ homes. Next, be sure to take in a Major League Baseball game at Dodger Stadium or hike into the Hollywood Hills to see the best view of LA and the San Fernando Valley on a guided tour.

Los Angeles was No. 5 on WalletHub’s list for cities with the most attractions.

Purchase a Dallas CityPass for reduced admission to the Perot Museum of Nature and Science; the Reunion Tower GeO-Deck; the Dallas Zoo; and the George W. Bush Library & Museum, among other places.

Sports lover? Take a tour of the AT&T Stadium, the massive football mecca where the Dallas Cowboys play.

Or looking for some free attractions? Be sure to check out the John F. Kennedy Memorial or walk through Freedmen’s Cemetery Memorial, a pre-Civil War burial ground.

Dallas was ranked the No. 4 city with lowest costs/hassles of traveling there.

A must-see for any visitor is the National Cowboy & Western Heritage Museum, showcasing exhibitions of “turn-of-the-century town and interactive history galleries that focus on the American cowboy, rodeos, Native American culture, Victorian firearms, frontier military and Western performers,” among other things.

At night, visit the shops, restaurants and river walk of Bricktown, once a warehouse district converted into a vibrant entertainment and dining area.

There is no shortage of activities and gastronomic fare in this city, known as the “live music capital of the world.” The city is home to more than 250 music venues and has a big art scene. But there’s plenty more to see and do. For some history, check out the Bremond Block Historic District, which showcases the nearly dozen remaining upper-class Victorian homes from nineteenth century Texas.

Looking for some good eats in the city? Franklin BBQ was not only raved about by the experts, but also by customers. Hope you’re hungry early though because this establishment is only open for lunch.

Austin was ranked the No. 5 city with lowest costs/hassles of traveling there.

Salt Lake City has a lot to offer the outdoor buff. While the city may be known for its proximity to some excellent skiing in places like Park City, it has plenty to offer for summertime visitors as well.

In Salt Lake City visit the city’s historic Temple Square — headquarters to The Church of Jesus Christ of Latter-day Saints. For additional historic charm, be sure to visit the Marmalade Hill Historical District, which shows off homes to Utah’s earliest settlers. The streets and locations are named after the fruits and plants that early pioneers planted.

And while the city has historically had some unusual laws regarding alcohol, here’s a primer on drinking in the state now.

Not your thing? Cool off from the hot Phoenix sun by spending an afternoon or evening watching the Arizona Diamondbacks at Phoenix’s Chase Field, an air-conditioned stadium with a retractable roof.

Phoenix, once the poster child for urban sprawl, has been putting a lot of effort into becoming a more walkable city and connecting to its suburbs by a new light rail line.

Coming in as the third best city to take an affordable vacation, Atlanta was also named the No. 2 city for a summer staycation by WalletHub.

Georgia’s capital has no shortage of attractions. From a historical perspective, the city was the birthplace of civil rights activist Martin Luther King Jr. (you can visit MLK’s national historic site) as well as the hometown to Coca-Cola (KO). Purchase an Atlanta CityPass for admittance to the Georgia Aquarium; the World of Coca-Cola; the Inside CNN Studio tour; the Atlanta Zoo or Center for Civil and Human Rights; and the Fernbank Museum of Natural History or College Football Hall of Fame.

Be sure to make a pit stop at Atlanta’s Centennial Olympic Park, which held the 1996 Summer Olympics. Today the park hosts free events including a Fourth of July Celebration, Music@Noon, the Wednesday WindDown concert series and FIT Fridays.

And don’t miss taking a Segway tour of downtown Atlanta.

Coming in as the second best city to take an affordable vacation, Orlando was also named the No. 1 city for a summer staycation by WalletHub.

Orlando is known for its Disneyworld mecca but the list of theme parks spans far and wide. From Universal Orlando to SeaWorld Orlando to LEGOLAND Florida, be sure to check out at least one in this northern Florida city. Not into theme parks? Take in the Kennedy Space Center, Gatorland or rev up for the annual Coke Zero 400 at the Daytona International Speedway on July 5.

Looking for something less rowdy? Paddle down Shingle Creek using rentable canoes, kayaks or paddle boards. Or bike around the area.

Orlando was ranked No. 2 for public golf courses; No. 1 for most zoos and aquariums and No. 2 for most spas per 100,000 residents, according to WalletHub.

Las Vegas has worked hard to change its brand from Sin City to a place where the whole family can have fun. And the city has tons of family-friendly activities. A few favorites include the Discovery Children’s Museum; the CSI: The Experience exhibit at MGM Grand hotel.

If you’re willing to drive an hour southeast of Vegas, visit The Hoover Dam, on the border between Arizona and Nevada. Built between 1931 and 1936, the Hoover Dam was dedicated by President Franklin D. Roosevelt, but “somewhat controversially named after former president Herbert Hoover.”

Looking for a hotel to stay that’s off the strip? There are plenty of options from the pricey to the wallet-friendly.

Of course, you can always try your luck at the city’s numerous casinos.

Las Vegas was named No. 1 for most attractions by WalletHub.

March 1, 2018 Admin Comments Off on #MeToo and #TimesUp have pushed 48% of companies to review pay policies

How do I turn my 401(k) into reliable retirement income?

December 1, 2016 Admin Comments Off on How do I turn my 401(k) into reliable retirement income?

June 20, 2018 Admin Comments Off on California is creating one big online community college