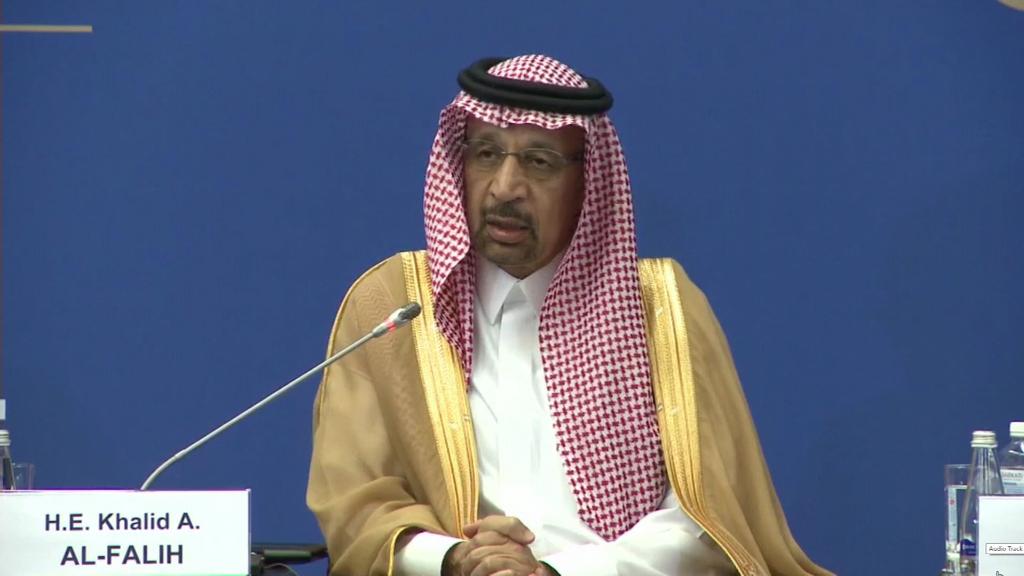 What a difference a week can make.

Oil prices surged to their highest level in over three years last week, and strategists were marveling that prices had shot up so quickly. Now prices are slumping.

The sharp price decline was triggered on Friday by Saudi Arabia, the biggest oil exporter in the world and de facto leader of oil cartel OPEC. Saudi energy minister Khalid Al-Falih said during a CNN-hosted panel in St. Petersburg, Russia, that he was in intensive discussions with Russia and other OPEC nations to pump more oil to ease global supply concerns.

OPEC oil producers and Russia are due to meet in Vienna on June 22 to discuss easing self-imposed supply caps, which have been in place since 2017.

“It is the intent of all producers to ensure that the oil market remains healthy, and if that means adjusting our policy in June, we are certainly prepared to do it,” Al-Falih said.

Al-Falih said OPEC and Russia could supply more oil to world markets “in the near future” to make up for a collapse in Venezuelan output and the impact of US sanctions on Iran.

Related: What is the perfect price for oil?

“The impression of easing output cuts on its own is sufficient to put a cap on [oil] prices,” said Hussein Sayed, chief market strategist at FXTM. “From now and until the [June] meeting, the ongoing commentary will continue to drive prices.”

The downward pressure on oil continued on Monday as traders considered data showing a jump in the number of US oil rigs, indicating potential growth in US production.

US crude production has increased by about 25% since mid-2016 as producers look to capitalize on rising prices.

The drop in oil prices is welcome news for drivers, as well as companies and countries that buy a lot of energy. For example, airlines tend to have higher profits when their fuel prices are lower. And countries like India benefit when crude prices are tamed.

Oil markets hit something of a sweet spot earlier this year as prices bounced between $ 60 and $ 70 per barrel. Experts generally consider this price level to be high enough to sustain supply and low enough to sustain demand.

Saudi Arabia knows it has a delicate balance to strike. Higher prices help finance its government programs (and are good for its plans to privatize its state oil company, Saudi Aramco.)

But these higher prices can constrain global economic growth as individuals and companies feel compelled to cut their spending. A slower world economy ultimately leads to lower oil demand, creating a lose-lose situation for the kingdom.

Ford cancels SUV that it planned to import from China

September 1, 2018 Admin Comments Off on Ford cancels SUV that it planned to import from China

These powerful gold buyers are losing their appetite

August 31, 2016 Admin Comments Off on These powerful gold buyers are losing their appetite