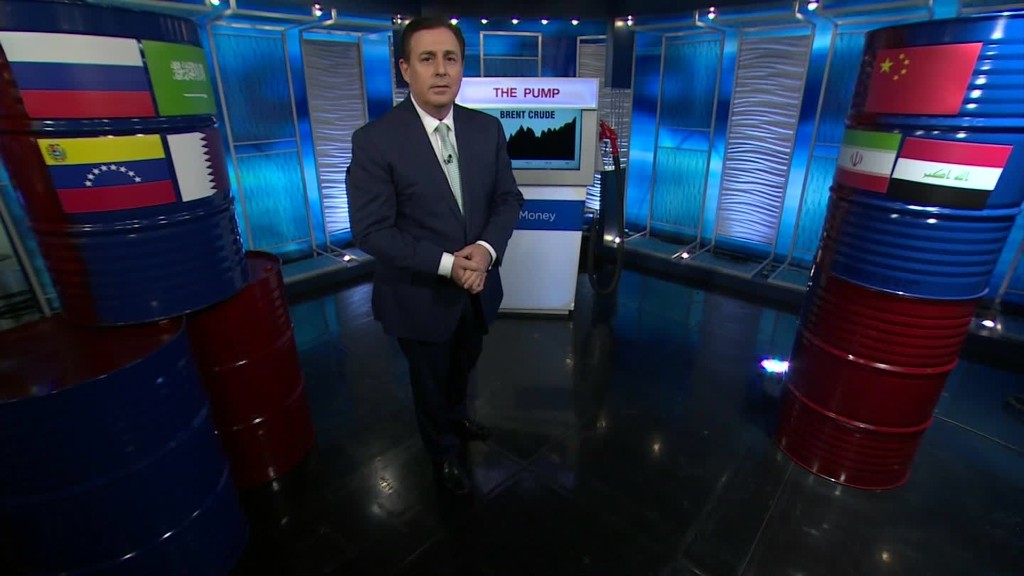 The world’s top oil producers are finally meeting to talk about their problems.

OPEC and other major oil producers will meet on April 17 in Doha, Qatar’s Minister of Energy & Industry announced Wednesday, confirming an earlier report from CNNMoney.

The number of countries attending has not yet been determined, a Gulf source told CNNMoney.

Crude prices have advanced in recent weeks on expectations that major producers will freeze production in an effort to drain excess supply from the market and boost prices.

Qatar currently holds the rotating presidency of OPEC, and has been trying to build support for an output freeze.

“The proposal is being increasingly supported by both OPEC and non-OPEC countries including Saudi Arabia and Russia,” Qatar said in its statement.

Related: Oil prices ‘may have bottomed out’

Russia and Saudi Arabia agreed to hold output at January levels last month. But the deal had many conditions. Most importantly, the two said they expected other big oil producers to join in.

But that has not happened yet. Iran called the agreement “a joke,” and pledged to boost production now that nuclear sanctions have lifted.

Tehran said again this weekend it wouldn’t participate in any production freeze agreement until it is pumping four million barrels per day.

After a meeting in Tehran Tuesday with his Iranian counterpart, Russia’s Energy Minister Alexander Novak said he shared the view that Iran is in a “special situation” after years of sanctions, according to Reuters.

Both the IEA and OPEC said in the last week that 600-700,000 barrels of non-OPEC production will leave the market in 2016 due to the price collapse. A freeze, sources suggest, will assist in rebalancing the market by the end of the year.

The latest oil market data reveal that both Russia and Saudi Arabia ramped up their oil production in February, despite talk about supply caps.

Analysts say the global market is still massively oversupplied, and predicts the oil glut will persist throughout 2016. OPEC forecasts global demand to grow to 94.23 million barrels a day in 2016 from 92.98 million in 2015.

June 24, 2016 Admin Comments Off on Millennials on Brexit: You've stolen our future