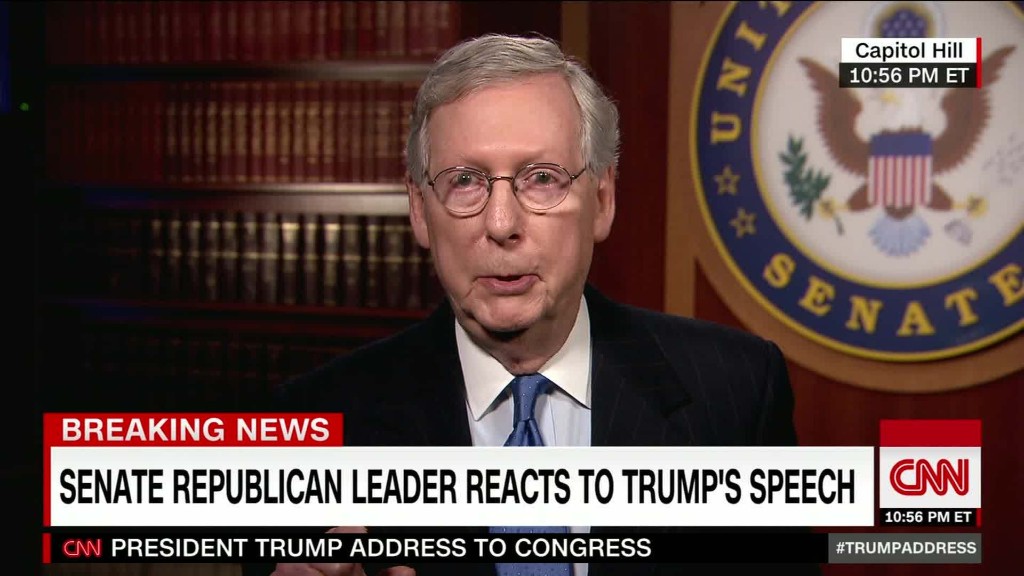 What’s the latest hold-up in the Republicans’ plan to repeal and replace Obamacare?

How to help people pay for their health insurance.

Republicans are fractured over whether to replace Obamacare subsidies with refundable tax credits that would be based on a person’s age rather than their income. A faction of conservative lawmakers don’t like that these credits would be paid out to everyone buying coverage in the individual market. They are calling it an entitlement program that would potentially be open to millions of Americans who are currently uninsured or receiving assistance through Obamacare.

These tax credits have long been the basis of the GOP plan, appearing in both House Speaker Paul Ryan’s A Better Way blueprint from 2016 and the Empowering Patients First bill authored by Health Secretary Tom Price in 2015 when he was in the House.

A draft replacement proposal that was leaked last month calls for providing credits of up to $ 4,000 to lower the premiums of those who don’t get coverage through their employers or the government.

Related: Under GOP draft of Obamacare repeal plan, a lot of people could lose coverage

But in recent weeks, conservative Republicans in both the House and the Senate have come out against the GOP leadership plan. They say its tax credits are too similar to Obamacare’s subsidies, which are also refundable tax credits but are based on an individual’s income and the cost of coverage in their area.

@RandPaul Renaming and keeping parts of Obamacare, new entitlements and extending medicaid expansion are not the #FullRepeal we promised

Some are also concerned that GOP leaders want to pay for their plan by reducing the tax benefits of employer-sponsored plans. This controversial measure could ultimately drive even more people to the individual market, said Representative Mark Meadows, who heads the conservative Freedom Caucus.

Here are the two main beefs:

First, the tax credits are refundable. This lets everyone get the full benefit of the credit even if they pay little or no taxes, which is the case for many lower-income Americans. It’s key to allowing these folks to be able to afford health insurance.

To Meadows, this would create a Medicaid-type program that has not proven effective in controlling health care costs.

“We are sending federal assistance in a newly created method that somehow we think will work better than what we’ve had [in Obamacare],” said Meadows, who noted that he met with Senator Rand Paul to discussthe GOP leadership’s proposals. “We are not ignoring the real needs of the working poor. [But] the fundamental question is how to do it in a way that’s sustainable and drives down health care costs.”

Second, the tax credits are based on age. This would solve one of Obamacare’s big problems —that it is too costly for many middle class Americans who make too much to qualify for the subsidy.

But it also means that anyone buying individual insurance will get government assistance, even if they are rich.

“So you can be a millionaire and not have employer-based health care and you’re going to get a check from the federal government — I’ve got a problem with that,” said Meadows.

Republican leaders are now looking at limiting the ability of the wealthy to claim the credit. Regardless, only a few better-off Americans would qualify for it because most have health insurance through their jobs.

This tinkering is not what conservative Republicans were thinking of when they promised to repeal Obamacare. To them, the GOP leadership plan creates another entitlement program, meaning that it provides an open-ended government benefit to anyone who meets the criteria. In this case, it’s buying coverage on the individual market.

Instead, the Freedom Caucus has endorsed a plan authored by Paul and Representative Mark Sanford that would provide a tax credit of up to $ 5,000 for contributions to Health Savings Accounts. It would also allow people to pay their premiums with HSA funds.

HSAs disproportionately benefit higher-income Americans because only they have enough disposable income to fund them. Acknowledging this, Meadows said some lawmakers are looking at seeding the accounts of the working poor with federal funds to help them to pay for coverage.

Lauren Fox and MJ Lee contributed to this story.