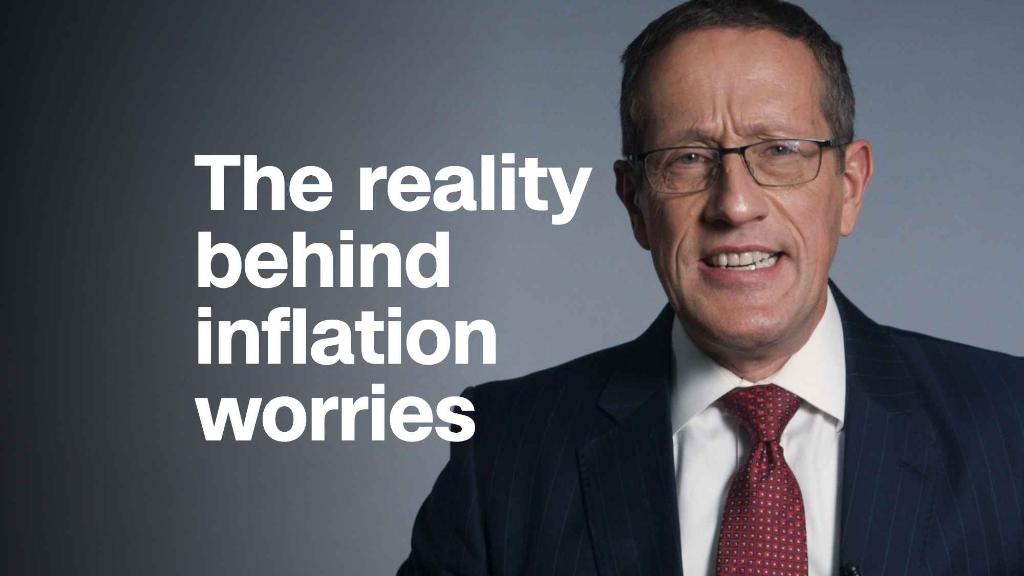 Rising rates can be scary, especially for a stock market addicted to unbelievably low rates.

The wild swings on Wall Street this month have been largely driven by fears about whether the rapid spike in Treasury rates will continue. Stocks slumped again on Tuesday as bond rates ticked higher.

While rising rates typically slow the market down, history shows that this backdrop doesn’t have to completely doom the stock market. In fact, stocks have marched higher in the past despite headwinds from the bond market.

Since 1971, the S&P 500 has advanced in eight of the past nine rising rate periods, according to S&P Dow Jones Indices. Total returns, including dividends, have averaged 20%, during these times. The index climbed nearly 40% twice and its worst year was a loss of 4%.

“If there is accelerating growth and inflation, like now, rising interest rates can result in appreciating assets,” Jodie Gunzberg, head of U.S. equities at S&P Dow Jones Indices, wrote in a recent report.

This thinking may help explain the impressive rebound on Wall Street since February 8. The S&P 500 spiked 4.3% last week, its best in five years. The comeback allowed the S&P 500 to quickly recover $ 1.3 trillion of the $ 2.5 trillion that was lost during the market turmoil.

Investors have chosen to view rising rates as evidence of an accelerating economy, not something to fear. And the market moves aren’t dramatic enough to upend corporate profits and stock prices that have been zooming higher. Both should benefit from the Republican tax cuts as well as a splurge in government spending.

BlackRock upgraded its view on U.S. stocks to overweight on Tuesday, citing fiscal stimulus that is “supercharging” expectations for earnings growth.

Wall Street will continue to pay close attention to the bond market.

Treasury yields have climbed sharply — the 10-year note has gone from 2.4% at the start of the year to 2.9% now — for a variety of factors. The reaction is partially because of stronger growth as well as signs of inflation and increased U.S. government borrowing to pay for the tax law and other spending. The Treasury Department is auctioning off $ 258 billion of debt this week alone, providing a key test for PresidentTrump’s spending spree.

U.S. Treasury rates play a pivotal role in setting prices for all other financial assets, from mortgages to stocks. That’s because U.S. government debt is considered the safest investment in the world. Once investors know the return on “risk-free” Treasuries, they can determine the value of riskier assets like stocks.

Low rates often boost returns for stocks — as they have over the past 10 years. When rates rise, the trend reverses, and the bond market steals some thunder from stocks.

Analysts have said that if rates don’t rise too quickly, stocks can continue to climb, albeit at a slower pace than the boom in late 2017 and early 2018. BlackRock argued in its bullish call that rates will probably rise only “gradually” due to “modestly higher” inflation. The firm predicted that this economic cycle still has “room to run.”

However, a sharp spike well above 3% on the 10-year Treasury could cause more trouble for stocks because it could drive cash into safer bonds.

Such a move could be sparked by fears that stronger-than-expected inflation will force the Federal Reserve to cool off the economy. The Fed has signaled it plans to only raise rates three times in 2018, but the central bank said last month it’s “monitoring inflation developments closely.”

“Eventually, the perception will be that the Fed is falling behind the curve, because inflation and economic pressures will continue to mount,” Scott Minerd, global chief investment officer at Guggenheim Partners, wrote in a report on Tuesday.

“That will be the straw that breaks the camel’s back,” he wrote.

“It’s when growth softens while inflation is still rising that returns suffer most,” Andrew Sheets, head of cross asset strategy at Morgan Stanley, wrote in a recent report.

The oil market is about to get scary

May 12, 2018 Admin Comments Off on The oil market is about to get scary