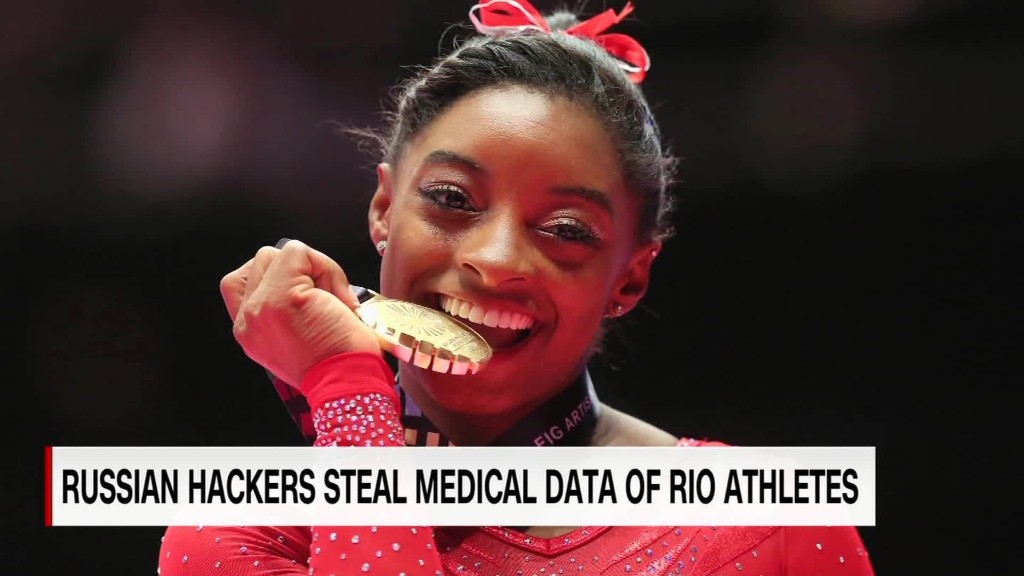 The same group of Russian hackers is thought to have been behind the Democratic National Committee hack in June — which released sensitive political information and led to the resignation of the committee chairman.

“WADA is very mindful that this criminal attack, which to date has recklessly exposed personal data of 29 athletes, will be very distressing for the athletes that have been targeted and cause apprehension for all athletes that were involved in the Rio 2016 Olympic Games,” said Olivier Niggli, the agency’s director general.

It didn’t name the athletes whose information was released in the latest leak. Besides the 10 from the U.S., those affected include five from Britain, five from Germany, and one athlete each from the Czech Republic, Denmark, Poland, Romania and Russia.

On the Fancy Bears website, which CNN cannot confirm as legitimate, the hackers offered a message this week that said in part: “Greetings citizens of the world. Allow us to introduce ourselves. We are Fancy Bears’ international hack team. We stand for fair play and clean sport.”

The United States Anti-Doping Agency said all of them had “done everything right in adhering to the global rules for obtaining permission to use a needed medication.”

The Russian government has denied any involvement in the hack.

This is not the first time WADA has been targeted. The anti-doping agency database account of whistleblower Yuliya Stepanova was hacked in August. The runner helped expose the scale of Russian doping problems last year.

Related: Pro athletes and the things they trademark

WADA recommended banning all Russian athletes from the Rio 2016 games, after an independent report said the country operated a state-sponsored doping program during the 2014 Sochi Winter Games. Russian officials and athletes likened the move to Cold War era conflicts.

“WADA has no doubt that these ongoing attacks are being carried out in retaliation against the agency,” Niggli said.

The organization has asked Russia “to do everything in their power to make it stop,” he said. “Continued cyber-attacks emanating from Russia seriously undermine the work that is being carried out to rebuild a compliant anti-doping program in Russia.”

December 31, 2016 Admin Comments Off on Meet Khe Hy, the Oprah for Millennials